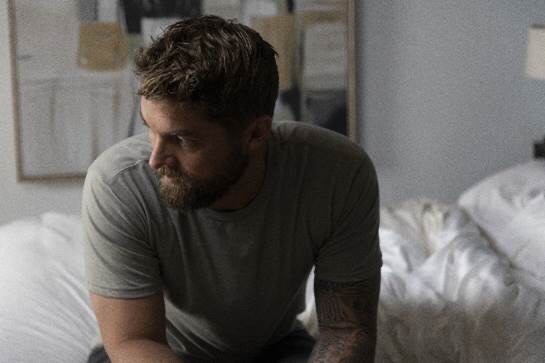 Multi-PLATINUM entertainer Brett Young and trusted collaborator Seth Kupersmith invite fans for a special live chat at 9.45PM UK time / 3:45PM CT in the US tomorrow (17/2) ahead of the YouTube Premiere for “You Didn’t” at 10PM UK time / 4:00PM US CT.

The pair conceptualized the music video for Young’s latest track, infusing bold visuals and subtle details throughout the reflective journey of unrequited love. Marking their fifth official music video together following “Mercy,” “Catch, “Lazy” and “Not Yet”, watch the “You Didn’t” trailer here.

Young has captured the hearts of fans everywhere through his honest lyrics and West Coast-meets-Southern sound, aptly dubbed “Caliville” style with seven consecutive No. 1 hit songs and MULTI-PLATINUM sales. With an undeniable string of hits, he has cemented his status as country’s master over matters of the heart and with two albums defined by a transcendent romantic spark, the star now broadens his emotional scope with WEEKENDS LOOK A LITTLE DIFFERENT THESE DAYS, out now along with an acoustic version via BMLG Records. The collection features his current single “You Didn’t” and PLATINUM-certified No. 1 “Lady,” whose lyrics inspired Young’s debut children’s book LOVE YOU, LITTLE LADY, published by Tommy Nelson (an imprint of HarperCollins). The projects follow his GOLD-certified TICKET TO L.A., which debuted atop the Billboard Country Albums chart, and PLATINUM self-titled debut, which dominated the Top 20 on the Country Albums chart for 37 weeks, all contributing to over 5 billion streams globally. Young was named ASCAP’s 2018 Country Songwriter-Artist of the Year for his “melodic craftsmanship” (Billboard) and has also garnered nominations from ACM, Billboard, Teen Choice, CMT and CMA Awards as he continues to rack up nonstop hits as “one of country’s most consistent radio stars” (Rolling Stone).