Donations to the fund continue as totals climb to $9.3 million In a little more than two weeks after the wildfires that spread across Dolly Parton’s home area of Sevier County, Tennessee, Parton and the Dollywood Foundation launched the distribution of assistance from the My People Fund. During […] 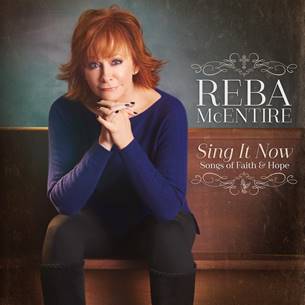 Country superstar Reba McEntire, who makes a welcome return to these shores to headline the C2C music festival in March in London, Glasgow and Dublin, releases a new studio album SING IT NOW: SONGS OF FAITH & HOPE on February 3, 2017 via Big Machine/Universal. In an […]

Superstar Brad Paisley announces March 3 as the release date of his forthcoming album, LOVE AND WAR. “Today” is the first single from the much anticipated album and is already in the Top 15 on the country airplay charts. LOVE AND WAR is co-produced by Paisley and Luke […]

Clark wraps a highly successful 2016 with a performance at A Tribute To The Music Of Linda Ronstadt; releases unique “Love Can Go To Hell” rendition with YouTube sensation Sam Tsui Clark appears on 10+ “Best of 2016” lists including NPR, American Songwriter, Rolling Stone, Entertainment Weekly, Stereogum […]