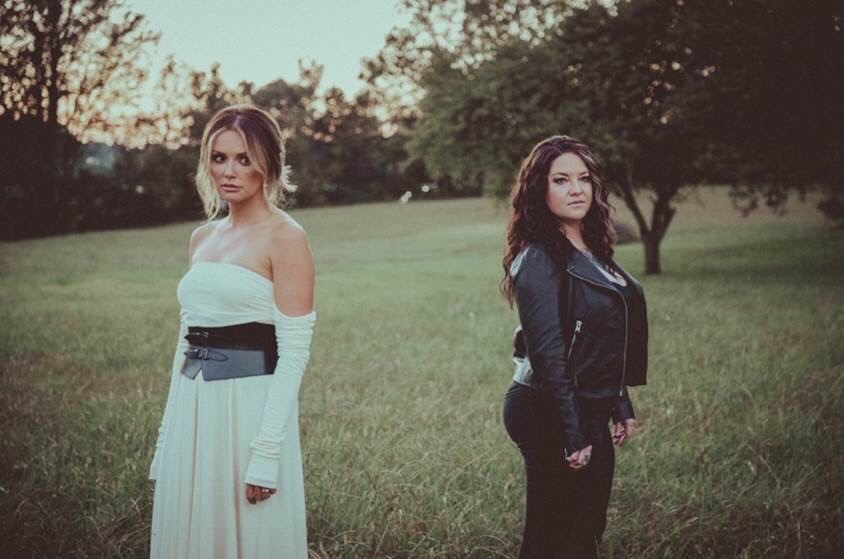 CMA Awards Female Vocalist of the Year Nominees to Perform

Already a force with their songwriting prowess and vocal capabilities, CARLY PEARCE and ASHLEY McBRYDE today debut an intense music video for “Never Wanted To Be That Girl.” The pair joined female and first-time director Alexa Campbell to film scenes of their parallel lives out of sync with the wrong guy. Each unassuming woman finds herself in a place she never wanted to be – both suspecting and discovering the truth about a liar. The clips captured just outside of Nashville find the two women visually reflecting as they consider their own blind spots in a painfully sobering moment.

Watch “Never Wanted To Be That Girl” now: https://CarlyPearce.lnk.to/NWTBTG_VideoPR

Combining forces with co-producer Shane McAnally, they reignited the ravaged Country tradition of a hard truth cheating song. “Never Wanted To Be That Girl” is sung from the perspective of two women – the single girl thanking the guy who helped change her flat tire and the wife at home – who learn their partner is involved with someone else.

“What’s interesting about this song is we could have gone to a place of blame on the others in the love triangle, but we turned it inward. It’s unique that two women who never meet are getting burned by the same man and having the exact same feelings. We intentionally kept the chorus the same to reflect that neither wanted to be in this position,” shares Carly.

Ashley continues, “so many of us know how it is when you go back and start putting all of those pieces together. That moment when you realize the gut punch of the situation. This song isn’t really about being the other woman or even being messed around on as much as it’s about these two people who are exhibiting behaviors they normally wouldn’t – checking text messages, making excuses for why their dates are only on Tuesdays – and realizing it’s all because of the same person.”

The CMA Awards Female Vocalist of the Year nominees will perform “Never Wanted To Be That Girl” on the November 10 live broadcast. The third track from 29: WRITTEN IN STONE, which expands Carly’s original Album of the Year-nominated 29 recording to 15 songs, is climbing through the Top 30 at Country radio in the US with support from Big Machine Records and Warner Music Nashville.

Whether it’s the songs she’s written, being inducted as the newest member of the Grand Ole Opry, touring as direct support with Lady A or preparing for her own THE 29 TOUR, Carly has found strength in her music during a chaotic season. “With the title song as its heart-wrenching centerpiece… It may well stand as the most pathos-infused divorce song since Tammy Wynette’s ‘D-I-V-O-R-C-E,’” opines PEOPLE while Entertainment Weekly offers it’s “the kind of ugly truths you can only find in a broken relationship.” Billboard notes the “see-sawing between despair and hope, swagger and sorrow — fearlessly mining her own life” as TIME proclaims, “an epic tale of heartbreak at the hands of a 21st-century Lothario.”

For Ashley, her critically acclaimed career continues its ascent, most recently with three consecutive nights of sold out shows at Nashville’s famed Ryman Auditorium as part of her headlining This Town Talks Tour, where she was presented with a plaque commemorating the Platinum-certification of “One Night Standards.” Her 2018 major label debut GIRL GOING NOWHERE charmed the New York Times, NPR, Rolling Stone, Paste, The Washington Post and more, all enroute to landing a GRAMMY nomination for Best Country Album, her first of four nominations to date and an honour that was repeated with follow-up album NEVER WILL, released in early 2020.

For headline tickets and information on her upcoming trek with Kenny Chesney’s HERE AND NOW 2022 TOUR, visit CarlyPearce.com.