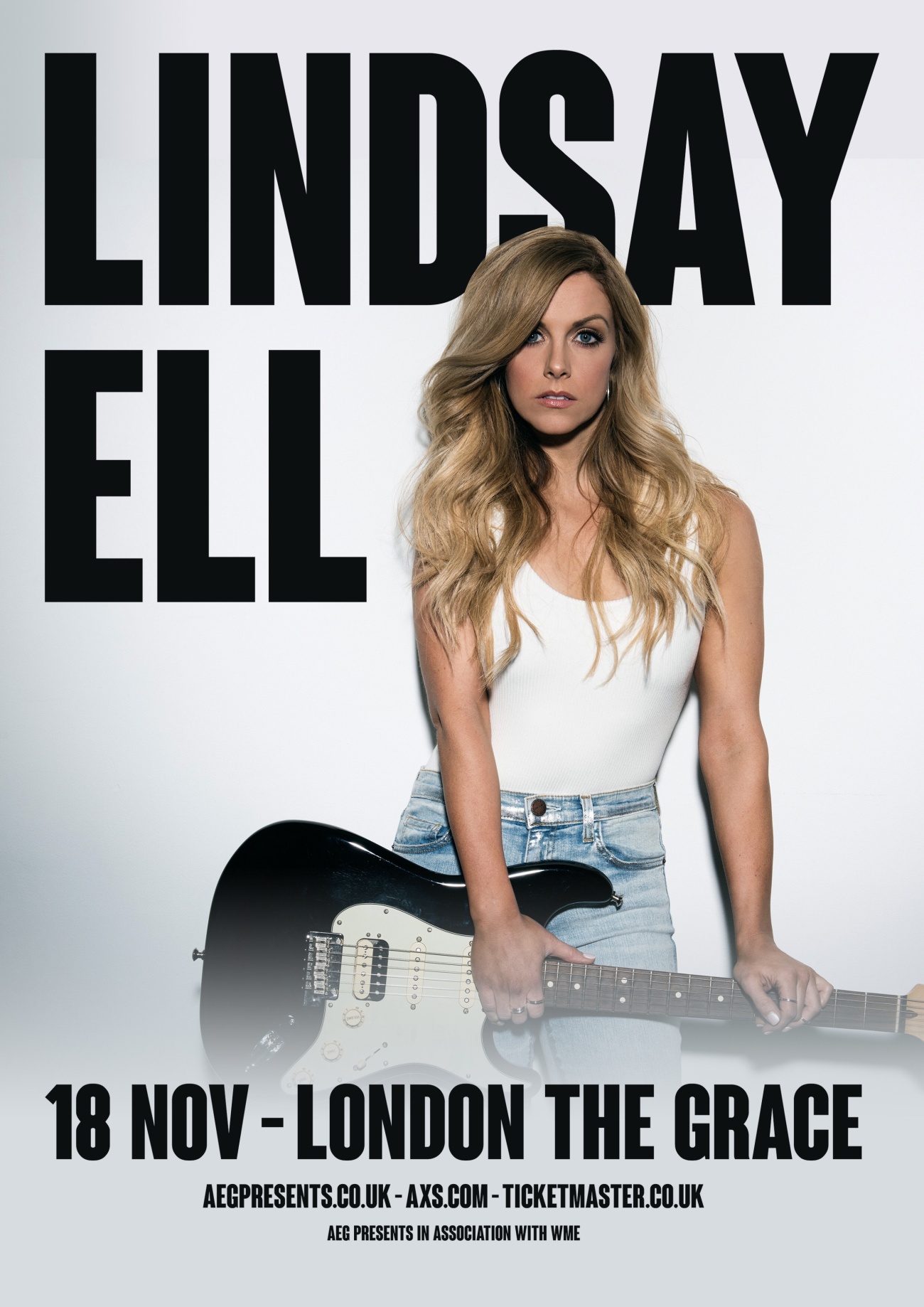 November is most definitely ‘Lindsay Ell Month’. November could not have started better for Lindsay as she got her first US #1 single with her collaboration with Brantley Gilbert ‘What Happens in a Small Town’.

Following this was the release of Lindsay’s new song ‘I Don’t Love You’.

Lindsay then attended the CMA Awards and made a performance on stage performing ‘Girl Crush’ with Little Big Town and other artists.

Lindsay then has an 8-gig tour in Germany with Ben Zucker. Lindsay said she couldn’t travel all the way across the pond without stopping in London and on Monday 18th November Lindsay performed a one off small intimate gig at The Grace in London, with tickets selling out in 10 minutes.

Lindsay invited Jake Morrell as her opening Act, Jake performed a 35-minute acoustic set, and delighted the crowd with tracks like ‘Half your Heart’ and a new single due out soon which I thought was brilliant, called ‘This House’.

Lindsay performed a 14-song set lasting over 85 minutes which highlighted her amazing guitar skills and her raw vocals. Lindsay didn’t really need her awesome sparkling trousers to shine and sparkle in the small venue which had about 20 to 30 sparkling dance globes hanging from the ceiling to assist and compliment her.

Lindsay opened her set with ‘Mint’ on her electric guitar, later swapping to an acoustic guitar, back to electric guitar before a little technical issue and switching back to the acoustic, but like a true professional this didn’t hamper Lindsay putting on a great show.

The set list included several songs from her Album ‘The Project’, a couple of covers and a couple of new songs, including ‘I Don’t Love You’, which I could really feel the emotions coming from Lindsay as she gave it her all. Lindsay also performed another new song she is working on called ‘How Good’. Going on these 2 songs alone I can’t wait for Lindsay’s next album.

• Cover ‘Someone you loved’

If any of our German friends are interested in catching Lindsay on this tour, here is her schedule