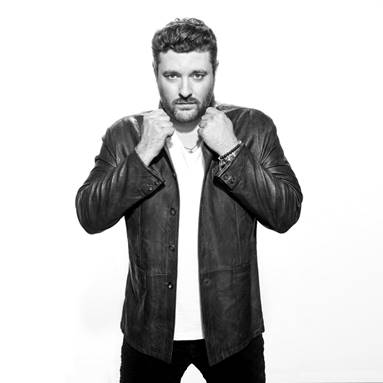 Grammy-nominated, multi-platinum US country star Chris Young will make a welcome return to the UK next May for live dates, as part of his “Losing Sleep World Tour”. In his first appearances here since his mainstage performances at C2C 2017, Chris will play the following shows:

Tickets on general sale from Friday 23 November at 9am. Pre-sales from Wednesday 21 November:
AXS.COM ///GIGSANDTOURS.COM TICKETMASTER.CO.UK

Young’s latest album Losing Sleep (Sony) is out now and is one of the most successful albums of the 33-year old’s prolific career. He has accumulated an impressive list of accomplishments, including membership in the iconic Grand Ole Opry, eleven career No. 1 singles, seventeen R.I.A.A. Gold/Platinum/Multi-Platinum certified projects, 2 Grammy nominations, 3 Country Music Association nominations and 4 Academy of Country Music nominations.

Named “one of his era’s finest traditionalists” by the Associated Press, Chris has quickly become an international ambassador for country music, performing a hit-packed set – including “Losing Sleep,” “Sober Saturday Night,” “Think Of You,” and “I’m Comin’ Over” – to capacity crowds around the world. chrisyoungcountry.com