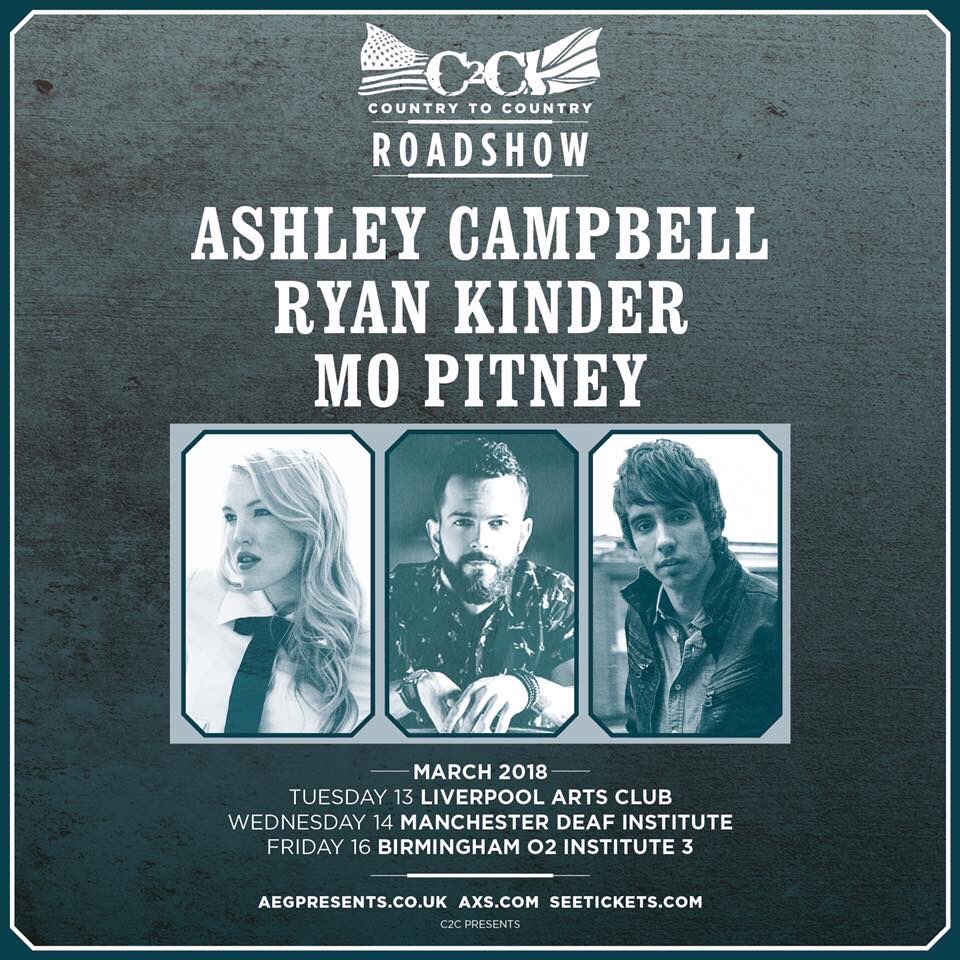 The week after C2C is always just as exciting as the festival itself, once the festival line up is announced, fans then eagerly await which of those artists will go on to do their own headline show after the weekend. Previous years has seen huge artists such as Sam Hunt and Maren Morris headline The Borderline to a capacity of 300, something we will never get again and also in previous years we had the likes of Cam and Ashley Monroe headline Bush Hall to a small crowd – Miranda Lambert even made an appearance at Ashley’s show which was incredible.

This year, the high calibre of artists staying on for another week post C2C is astonishing and what great events there will be.

This year brings us the first of C2C’s Roadshow – with this new event we don’t just get spoiled with one artist but two at minimum. On this particular event as titled above, we get three. This line up for me is a dream line – up. Ashley Campbell would have just completed an emotional and beautiful tribute to her late father Glen Campbell on the main stage as well as playing various shows across the festival weekend. With her album The Lonely One being released during the festival, fans will be in for a treat with the live versions of what I personally think, is one of the best albums so far this year and likely to stay that way.

Ryan Kinder is set to take the country music world by storm and I think that he will go away from C2C with a massive following. His fine vocals are incredibly rich and flawless and his music is mature, well written and melodically very good.

Mo Pitney is someone who needs to be much more known than he is, his album Behind This Guitar is one of the nearest things you will get to traditional country in todays market. Mo has a loveable way to his singing and reminds me of artists such as Josh Turner, not necessarily in similarities but in that modern-traditional kind of way.

To have these three well established artists together on one show is something of a rarity and is unmissable and at just £17.50’a ticket, well, it is almost criminal not to go.

You can see Ashley, Ryan and Mo at the following venues