Folk-Americana group The Wandering Hearts are bursting on to the music scene – signing a major new deal with Decca Records and releasing the brand new music video for their single ‘Wish I Could’. Very much mirroring the track’s heartfelt lyrics, the concept for the music video conveys […]

Interview: Chatting with Chess and Tara from The Wandering Hearts

The Wandering Hearts are the UK’s newest and most exciting Americana/Alt-Country group who recently signed with Decca Records and released their debut single Wish I Could on May 5th 2017. The Wandering Hearts consist of A.J, Tim, Chess and Tara and are a quartet vocal group who are going […]

Country comes to Cornbury Festival for its Big Finale

I was truly saddened when I read that this years Cornbury Festival was going to be the last. I had only been once before in 2015 and was pregnant at the time so knew it would be a while before I returned. What I loved about the festival […] 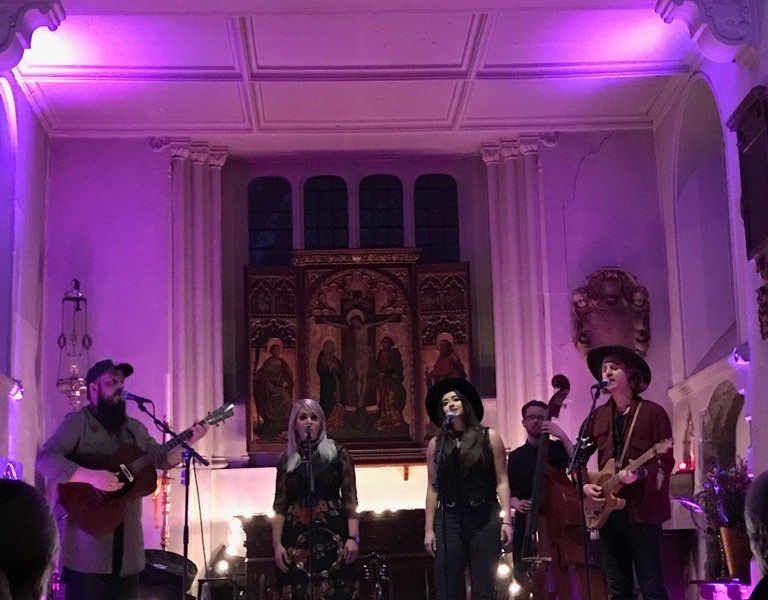 Photo and Review by Chaz Brooks As debut headline gigs go this was pretty special. A stunning performance in a stunning venue. The Wandering Hearts have been together for less than 18 months, have no recorded output as yet – soon to be rectified with the release of […]

‘WISH I COULD’ – SINGLE RELEASE DATE: 5TH MAY Folk-Americana group The Wandering Hearts are bursting on to the music scene in style – signing a major new deal with Decca Records and releasing their debut single ‘Wish I Could’ on 5th May, which showcases the band’s knack […]

Following their recent signing to Decca Records/Universal, emerging folk-Americana band The Wandering Hearts will perform in a showcase concert, featuring brand new songs from their upcoming debut album. A fresh take on the Americana genre, The Wandering Hearts are reminiscent of the likes of Chris Stapleton and The […]

The Wandering Hearts are the UK’s newest and exciting Americana group and we will be lucky enough to get the opportunity to see them at this years C2C Festival and Cornbury Festival. If you get the chance, go see them as they will be one of the highlights […]

A couple of weeks ago, Decca held a showcase at the O’Meara London for some of the new artists that they have recently signed who would be releasing music in 2017. The evening was a great night out with some of the best music that I have heard […]