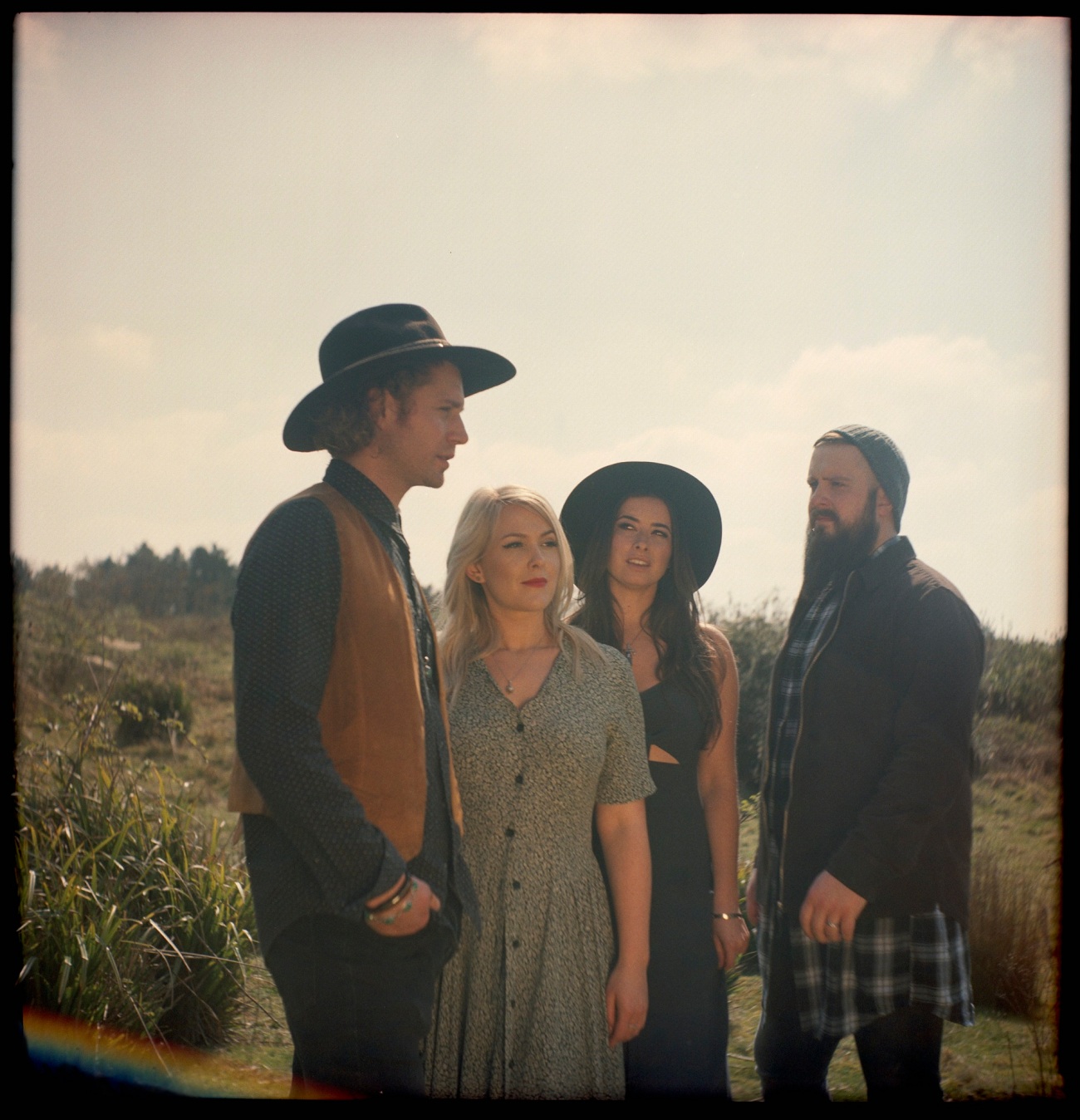 It felt almost criminal that The Wandering Hearts were first on stage on the saturday of Cornbury Festival, but seeing as they only have one song out at the moment, I guess it makes sense. In a way it was a good thing though, as they got to get the festival crowd off to a good start and in my opinion, challenge any act to top them.

You would think that this vocal group had been together for years but they have only known each other less than two years and are now signed to Decca.

As often is the case, the crowd was quite small before they came on stage, they were the opener so people were still arriving but as the minutes went on, more and more people arrived and by the time they entered the stage, it became more crowded.

Walking on stage looking the picture perfect Country/Folk group, The Wandering Hearts went straight into singing their current and debut single I Wish I Could. This is such a great song, if you haven’t heard it yet, then what are you waiting for? AJ kicked off the song vocally before being joined by the others but it is always Tara’s solo that completely captivates me. Her vocals are delicate and beautiful and she really takes the already brilliant song up a level.

The four band members are instantly likeable. Their personalities shine on stage and their voices blend beautifully together, creating the perfect harmonies that are incredibly infectious. The Wandering Hearts are going places, this group are just insane and every song they sing is wonderfully exciting and so well written. Biting Through The Wires is a favourite of mine as well as soon to be a single Devil. The Wandering Hearts pull in elements of artists such as Fleetwood Mac and Little Big Town but are more suited to the folk genre than country. They really are quite something and my most welcome discovery back in January. I could honestly watch this group all day. Most of the audience seemed to be unaware of them but more than happy with their choice to catch them first before doing anything else or seeing someone else. I can’t wait for an album, it is so far my most eagerly awaited album to purchase so I hope I get it soon.

Tagged as: Cornbury, The Wandering Hearts