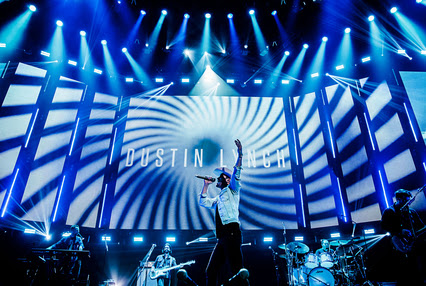 BBR Music Group’s roster continued to build on their global impact over the first two weekends in March; as Dustin Lynch and Chase Rice took to the C2C (Country to Country) main stage in London, Glasgow and Dublin; while ACM nominees Jimmie Allen and Runaway June as well as Lainey Wilson and BMG’s Twinnie performed multiple sets across the O2 Arena and ACM New Female Artist of the Year nominee Lindsay Ell made an appearance at the festival’s first-ever Berlin date, before setting out for shows in Amsterdam, Munich and Cologne as part of the CMA’s ‘Introducing Nashville’ series.

Runaway June and Lainey Wilson were among the breakout acts of the weekend.

ACM nominee for New Duo or Group, Runaway June made history when they became the first all-female trio in more than a decade to earn a Top 25 hit with “Lipstick.” Their current Top 25 single, “Buy My Own Drinks,” has surpassed that mark as the band hit the UK stages for the first time. After making their UK debut on the Spotlight Stage on Friday and finished the evening playing the official afterparty at Indigo, on Sunday they took to the BBC Radio 2 Stage at C2C Festival for a longer set. Entertainment Focus noted, “The audience was absolutely spellbound throughout and as the song finished, they burst into huge cheers.”

In fact, they were such a hit with fans across the festival weekend that they were invited to host C2C’s Sunday night’s Spotlight Stage in the arena. Appearing on the main stage, the band charmed fans introducing each of the acts performing on the night’s Spotlight Stage including label mate, Jimmie Allen. The band takes to the road with Carrie Underwood on her Cry Pretty Tour beginning May 2019. 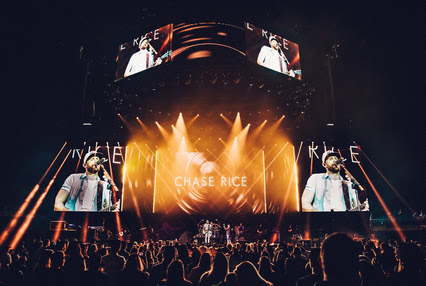 Lainey Wilson’s powerful performances – including sets on the BBC Radio 2 stage, an official aftershow at ‘The Late Night Saloon’ and an intimate acoustic set as part of the C2C Sessions – marking her return to the UK since first appearing at Country Music Week in October, and her first full-band shows outside the US. She is set to return to the UK in September for The Long Road Festival.

While in the UK, Lynch recorded a second interview with legendary DJ Bob Harris for BBC Radio 2 and met with numerous outlets including Downtown Country, RTÉ, Smooth Country and Entertainment Focus, whose review of his London O2 arena set described “seriously killer vocals… Lynch has a presence that captures your attention and you can’t take your eyes off him.” His C2C performance was highlighted by Rolling Stone Country as one of the ‘Ten Best Things We Saw In The UK.’

Chase Rice built on his growing international success with a main stage appearance at the UK’s pre-eminent Country Music festival. Fans sported promotional Chase Rice laminates around their necks all weekend after he thrilled them on the first day as the only main stage artist to perform a surprise pop up show, with fans rushing to be a part of the surprise moment. Chase Rice’s Worldwide Deluxe edition of the ‘Lambs & Lions’ album is available now; featuring hit single “Eyes On You,” and three new tracks including an acoustic-led UK Edition of “On Tonight” inspired by his multiple shows across the pond, which had premiered on Chris Country Radio earlier that week.

Only a few months after his first visit to the UK, ACM New Male Artist of the Year nominee Jimmie Allen proved another highlight of the festival, surprising fans by joining Abby Anderson during her Friday night set with a rendition of their recent ‘Shallow’ cover, before several further performances for capacity crowds during the weekend, culminating in a captivating Spotlight Stage set minutes before Chris Stapleton closed the festival on Sunday night. Allen also appeared live on BBC Radio 2’s Steve Wright afternoon show, recorded several other BBC interviews for future broadcast and sat down with The i News who called the rising star “the black Country star smashing Nashville stereotypes.”

Representing the UK, new BMG Country act Twinnie also returned to the C2C Festival stages for multiple full band appearances for packed crowds, including the Town Square Stage and Indigo, for a set of new material including recent single ‘Better When I’m Drunk’ – following the video’s recent premiere on CMT