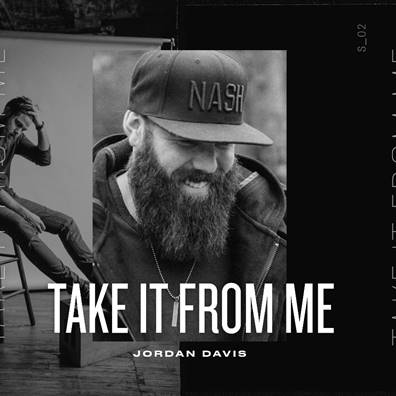 MCA Nashville’s Jordan Davis releases the music video for his infections new single “Take It From Me” today with an exclusive Billboard debut, watch HERE. In just a few weeks, “Take It From Me” has already cracked Top 40 at country radio after debuting as the No.1 most added song and continues to garner impressive streaming numbers. Jordan collaborated with director Eric Ryan Anderson for the thrilling video that chronicles a young couple and their ensuing mischief in the heart of New York City.

“Take It From Me” follows Jordan’s No.1 hit debut single “Singles You Up” which was recently certified Platinum by the RIAA and has amassed over 200 Million total streams. Both tracks are featured on Jordan’s debut album Home State which includes ten additional songs all co-written by Jordan.

Originally from Shreveport, Louisiana, Jordan has made a strong impression on critics and audiences alike with his classic lyric-writing melded with tech-tinged production. After graduating from LSU in 2012 with a degree in Resource Conservation, Jordan moved to Nashville and honed his songwriting craft influenced by his love of lyrically-driven songwriters and genre-defying musicality.

Jordan is currently on the road with Jake Owen and Chris Janson as part of the “Life’s Whatcha Make It Tour” and will next join Kip Moore on his “After The Sunburn Tour” hitting cities such as Los Angeles and Nashville this fall. For a full list of tour dates, news, images and more, visit http://www.jordandavisofficial.com