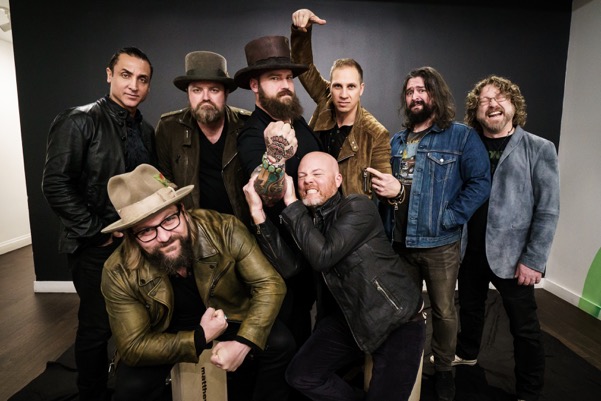 Indigo at The O2:
Raphael Saadiq

Indigo at The O2:
The Robert Cray Band
Plus Special Guests Don Bryant Feat. The Bo-Keys

Known for blurring the boundaries between country, blues, reggae and rock, the multi-platinum-selling, Grammy-winning Zac Brown Band are widely regarded as one of the world’s most exciting live acts and played to more than a million fans in 2017. They make their much-anticipated BluesFest debut in October, returning to London following the release of their internationally acclaimed album “Welcome Home”. Hailed by The Guardian as “daring, brooding and angry”, Californian singer Beth Hart, who has collaborated with the likes of Joe Bonamassa, Jeff Beck and Slash, returns to BluesFest following a standout performance in 2014.

“We’ve been coveting Zac Brown Band since we started BluesFest back in 2011 and so we’re delighted to be adding them to the bill for this year’s event. And we’ve booked some incredible acts for BluesFest over the years but Beth Hart’s performance in 2014 stands out for me as one of the genuine highlights. She is a special talent and to have her as a special guest for Zac Brown Band on the Saturday night of this year’s festival is real coup for us.”

Tickets for Zac Brown Band and Beth Hart start at £45 and go on general sale on Friday June 15th at 9am. The O2 pre-sale begins on Wednesday June 13th at 9am and the Live Nation pre-sale begins at 9am on Thursday June 14th. Tickets are available from http://www.livenation.co.uk.