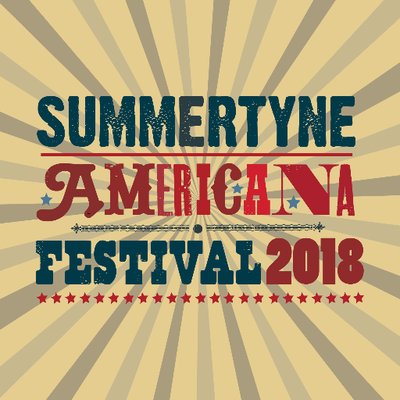 Graham Nash, Natalie Merchant, Steve Earle and Iris DeMent are among the headliners at this year’s SummerTyne Americana Festival at Sage Gateshead in July.

The line-up includes an eclectic mix of legendary Americana heavyweights, cross-over artists and breakthrough talent from both sides of the Atlantic.

The former member of supergroup Crosby, Stills and Nash (Graham Nash) will open proceedings in the main Sage One hall on Friday 20 July. He will be joined by special guest multi-GRAMMY award-winning Shawn Colvin.

Graham Nash said: “Once again I get to make music for people at Sage Gateshead, this time as part of SummerTyne Americana Festival….! Shane Fontayne, Todd Caldwell and I are really looking forward to the show”.

Also on Friday night will be Big Sandy and his Fly-rite Boys who are celebrating 25 years in the business, plus Charley Crockett, and a double bill of Robert Vincent and AMA UK artist of the Year, Yola Carter.

Saturday 21 July will feature a mix of legends and rising stars, including 10,000 Maniacs frontwoman Natalie Merchant and Davina and the Vagabonds, plus two double bills – Kelly Willis and Emily Barker, and Holly MacVae and Jade Bird. American rock, country and folk master Steve Earle & The Dukes will headline in Sage One.

On Sunday 22 July, star of ABC musical drama series Nashville Sam Palladio, will be joined by SummerTyne favourites Striking Matches and bright young star Sarah Darling. Also joining the Sunday line-up is the celebrated folk, country and gospel singer-songwriter Iris DeMent. Rarely playing outside of the USA, Dement is famed for her complex and beautiful country-folk style and distinct voice.

A free stage programme inside and outside, presented with Jumpin’ Hot Club and the Americana Music Association UK, will include the Wandering Hearts, Hymn for Her, Arkansas Dave, The Rosellys & Rachel Levan, The Often Herd, Mel Greggain, Gem Andrews, Portraits, Jinski, Sam Gibson with many more to be announced.

SummerTyne Americana Festival attracts visitors from across the world for a sizzling celebration of Americana music in and around the spectacular setting of Sage Gateshead, on the south bank of the river Tyne. SummerTyne is a must for all music fans, bringing together established and new artists from America, Australia and the UK.

Tamsin Austin, Director of Performance Programme at Sage Gateshead said: “This year, we have a remarkable line up of legends; everyone should see artists like Graham Nash, Steve Earle and Iris Dement at least once in their lifetime and we know that these artists will appeal to the Americana aficionado. However, we also have some incredible young artists that really represent the popular appeal and future of the genre. Sam Palladio, Striking Matches and Sarah Darling are firmly within this stable, and we also have some incredible British cross-over artists, including Yola Carter, Robert Vincent and Jade Bird who demonstrate the strength and quality of our UK Americana artists.

“These artists not only appeal to the next generation of fans, but are a bellwether of the increasing popularity of the genre amongst a younger audience. At SummerTyne we try to do justice to this amazingly diverse and booming genre of music, and this year’s line-up certainly achieves this.”

Tickets go on sale to the general public on Friday (20 April). There are special early bird and multi-buy offers. Visit http://www.summertyne.co.uk or call Ticket Office on 0191 443 4661.

Only 10 minutes from Newcastle’s main line train station, Sage Gateshead is easily accessible to the legions of Americana fans up and down the country.
Workshops, films, family activity and a bustling Food Village all add to the festival feel.
Sage Gateshead is a registered charity. All proceeds from SummerTyne Americana Festival tickets sales and trading go directly towards funding the cost of the programme.

Graham Nash: As a two-time Rock and Roll Hall of Fame inductee, Nash is joined on stage by guitarist/vocalist Shane Fontayne, long-time collaborator and producer of his most recent album, This Path Tonight (2016) and former CSN keyboardist/vocalist Todd Caldwell. Together, the trio will perform songs from his days in the Hollies through his years with Crosby, Stills & Nash (& Young) and from his beloved solo recordings, weaving anecdotes and tales from his 50-plus year career throughout the evening.

Shawn Colvin: Opening for Nash is the three-time Grammy winner. Shawn was recently honoured with the 2016 Lifetime Achievement Trailblazer Award by the Americana Music Association. Presenting her with this prestigious award was Bonnie Raitt, who said: “She’s simply one of the best singers I’ve ever heard— and a truly gifted and deep songwriter and guitarist…” Hot off the success of her 2016 collaboration with none other than Steve Earle, Colvin joins the SummerTyne line up following the release of her stunning album The Starlighter and her Uncovered album.

Steve Earle: To his legion of worldwide fans and amongst his peers, Earle holds near mythic status. With a backstory that reads like a wild west novella, and a back catalogue that transcends most others with similar status, Earle’s candour in relation to his colourful life undoubtedly feeds his barbed velvet song writing style. His latest album So You Wannabe an Outlaw has met with huge critical acclaim, and festival goers are promised an electric live performance. Organisers are delighted to present rising stars The Mastersons and Curse of Lono to open for Steve.

Iris DeMent: The SummerTyne team are also thrilled to welcome Arkansas native Iris DeMent on Sunday night. Famed for her complex and beautiful country-folk style, not to mention her distinct voice, DeMent is that rare breed of artist who is as respected amongst her peers as she is popular amongst her fans. Testament to this is extensive collaboration with giants including John Prine and Emmylou Harris. Rarely playing outside of the USA, DeMent’s presence at SummerTyne is not only a rare treat for fans but is also indicative of the festival’s standing within the artistic community.

Natalie Merchant: Having announced her hotly anticipated tour in late March, festival organisers at Sage Gateshead invite audiences to a ‘A Summer Evening with Natalie Merchant’. Merchant will be joined by her long-time guitarist Erik Della Penna, and will perform material from the past 35 years of her career, which will include both solo material and music from her time fronting 10,000 Maniacs. Given Merchant’s dedicated fanbase, her presence at Sage Gateshead for SummerTyne will be an extraordinary moment.

Sam Palladio, Striking Matches and Sarah Darling: Fans of ABC’s Nashville show are in for a treat as SummerTyne organisers present their own slice of Nashville on Sunday Evening with a roundup of acts that are all great friends. Leading the Sunday night roster is Sam Palladio, not only loved for his portrayal of musical maestro Gunnar Scott in the hit show, but also a seasoned musician in his own right. The bill also includes Striking Matches, who have contributed no less than nine songs to the series which sparked a ratings surge, not to mention huge critical acclaim for the fresh and exciting duo. Completing the Bluebird style line up is bright young Nashville star Sarah Darling who co-wrote the song Anchor from her hugely well received Dream Country album with Sam Palladio and has also contributed songs to the series.

Sage Gateshead
Sage Gateshead is an international music centre and renowned conference and event venue located in the North East of England. It is for artists, for audiences, for the North and for the long term.
Its concert programme incorporates all kinds of local, regional and international music and runs all year round. Music-making and learning activity takes place not only in the building but across the region.
As a charity, the support it receives helps to ensure everyone in the community can experience the joys of music.