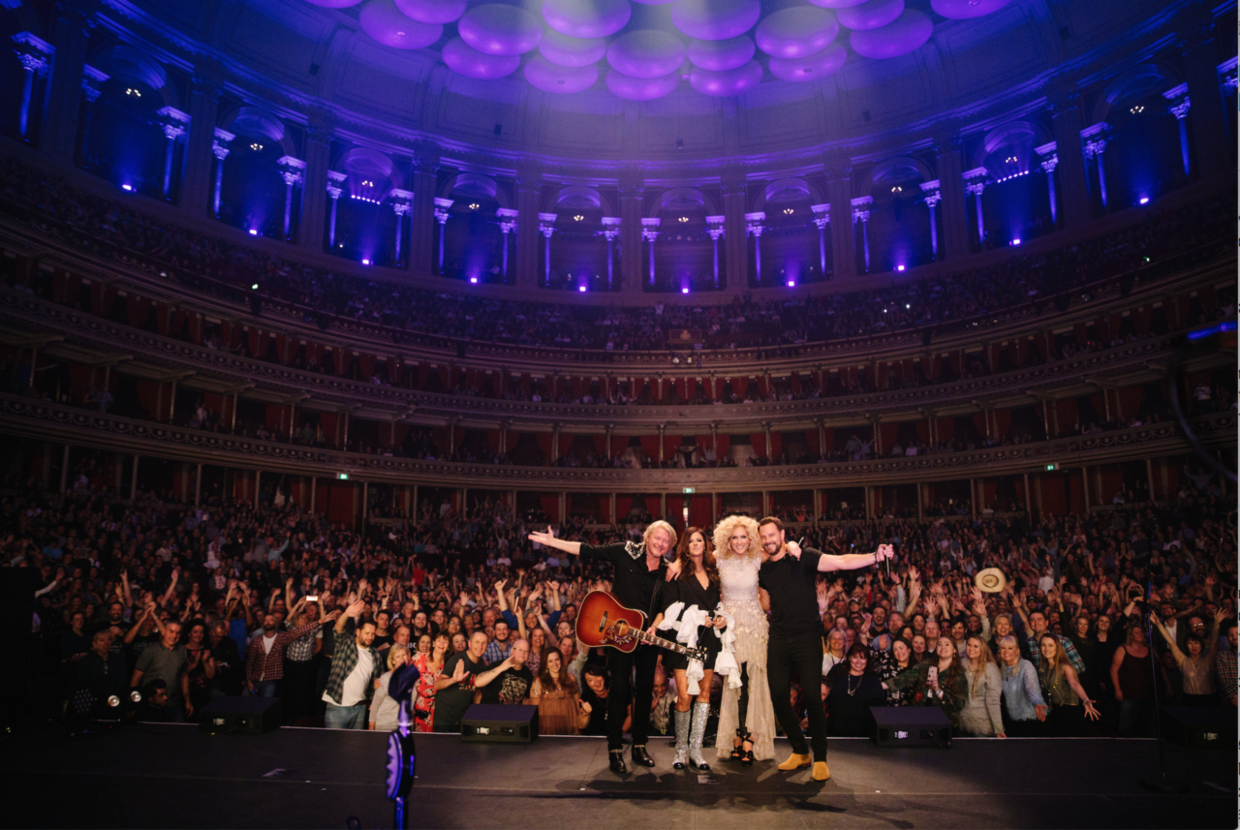 Grammy Award-winning country group Little Big Town today wrapped their sold-out UK tour dates with a sold-out show at The Royal Albert Hall in London. Praised for their flawless “silvery vocal harmonies” (The Guardian) and their “irresistibly upbeat” (Rolling Stone) style, Little Big Town also announced they will return to the UK in March to Headline this year’s C2C: Country to Country music. C2C 2018 will take place from 9th to 11th March 2018. Click here for a video of the band’s announcement live from stage: http://www.instagram.com/p/BZ4gCRPgFUj/?hl=en.

About Little Big Town:
Little Big Town-consisting of members Karen Fairchild, Phillip Sweet, Kimberly Schlapman, and Jimi Westbrook – first entered the music scene more than 18 years ago with hits such as “Boondocks,” “Bring It On Home,” “Good As Gone” and the Grammy-nominated single “Little White Church.” With albums Tornado and Pain Killer, they have seen massive success with #1 singles “Pontoon,” “Tornado,” “Day Drinking,” and most recently the history-making, best-selling country single of 2015, with “Girl Crush.” The Grand Ole Opry members have earned more than 50 award show nominations and in the past five years has taken home more than 20 awards, including multiple Grammy, CMA and ACM awards, and an Emmy award. They are the reigning ACM and CMA Vocal Group of the Year and recently won the same award for the fifth consecutive year. Little Big Town won a Grammy for “Best Country Group/Duo Performance,” and “Girl Crush” received the honor for “Best Country Song.” Their album, The Breaker, debuted #1 on the Billboard Country Chart and Top 5 on the Billboard 200 and features the two-week #1 song “Better Man” as well as their current hit, “When Someone Stops Loving You.” Little Big Town recently announced their The Breakers Tour with Kacey Musgraves and Midland and are currently headlining “Little Big Town At The Mother Church,” their year-long historic sold out headlining run at Nashville’s famed Ryman Auditorium. For more information, visit LittleBigTown.com or follow them @littlebigtown.