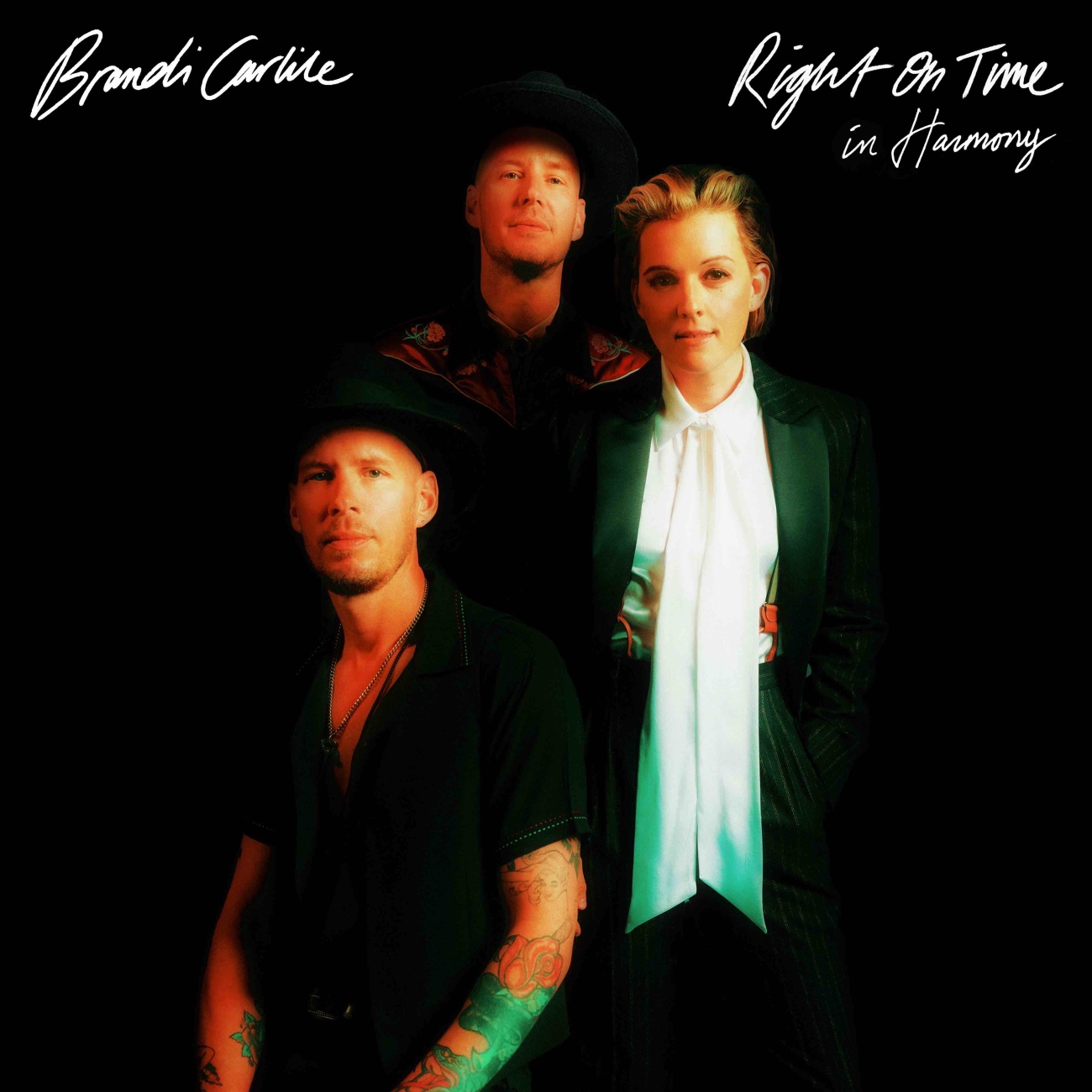 Right On Time (In Harmony),’ an acoustic version of Brandi Carlile’s acclaimed new single, is out today (listen/share HERE). The intimate stripped-down performance features signature three-part harmonies from the 6-time Grammy Award-winner with longtime collaborators Phil and Tim Hanseroth and was recently recorded at their home studio outside of Seattle.

‘Right On Time’ is from Carlile’s highly anticipated new studio album, In These Silent Days, which will be released October 1 on Low Country Sound/Elektra Records (pre-order/pre-save). Inspired by the mining of her own history while writing this year’s #1 New York Times Best Selling memoir Broken Horses (Crown), In These Silent Dayswas conceived of while Carlile was quarantined at home with Phil and Tim Hanseroth. The ten songs chronicle acceptance, faith, loss and love and channel icons like David Bowie, Freddie Mercury, Elton John and Joni Mitchell—the latter two who, by some sort of cosmic alignment of the stars, have turned out to be close friends in addition to being her biggest heroes and inspirations. 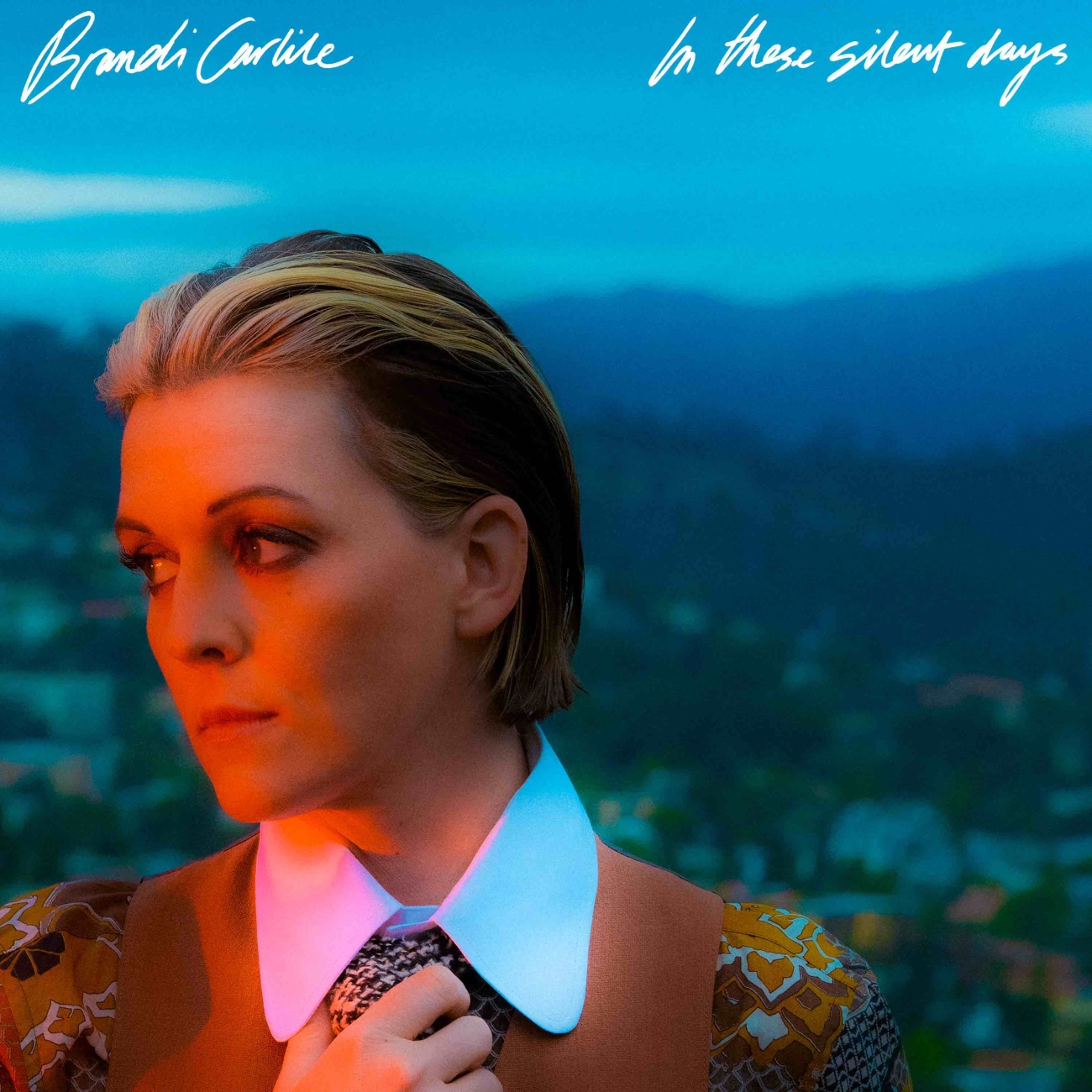 In celebration of the album, Carlile will perform select headline shows this year including upcoming concerts at DC’s Wolf Trap on August 28 and Colorado’s Red Rocks Amphitheatre with the Colorado Symphony on September 11 and 12 with more dates to be announced soon. Additionally, on November 6, Carlile will return to the stage to perform Joni Mitchell’s legendary album Blue in full at Carnegie Hall and is set to bring back her wildly successful “Girls Just Wanna Weekend” February 1-5, 2022. The sold-out vacation destination event held at Mexico’s Hard Rock Hotel Riviera Maya will once again feature an all-female-fronted lineup including performances by Carlile, Sheryl Crow, Tanya Tucker, Indigo Girls, Lucius, Margo Price, Yola, KT Tunstall, Allison Russell, Amythyst Kiah and Katie Pruitt as well as special guests. See below for complete tour itinerary.

In These Silent Days follows Carlile’s 2018 breakthrough GRAMMY Award-winning album, By The Way, I Forgive You, which Rolling Stone declared, “…an Adele-meets Joni Mitchell tour de force.” In the years since—in addition to collaborative projects with The Highwomen, Tanya Tucker, Soundgarden, Alicia Keys, Dolly Parton, Barry Gibb, Leslie Jordan, Brandy Clark and more—she has earned six Grammy Awards recognizing her work as a performer, songwriter and producer, was awarded Billboard’s Women In Music “Trailblazer Award,” CMT’s Next Women of Country “Impact Award” and received multiple recognitions from the Americana Music Association Honors & Awards including 2020’s Album of the Year (Highwomen), Group of the Year (The Highwomen) and Song of the Year (“Crowded Table”) and 2019’s Artist of the Year. Carlile is also once again nominated for Artist of the Year and Group of the Year (The Highwomen) at the 2021 ceremony, to be held in September.

In addition to their work as a band, Carlile and the Hanseroth twins remain committed to social activism and advocacy. Together they are founders of the Looking Out Foundation, which amplifies the impact of music by empowering those without a voice with varied initiatives including campaigns focused on Children in Conflict/War Child, The IF Project, Fund Racial Justice and more. To date, they have raised over $2 million for grassroots causes.

IN THESE SILENT DAYS TRACKLIST

5. Letter To The Past