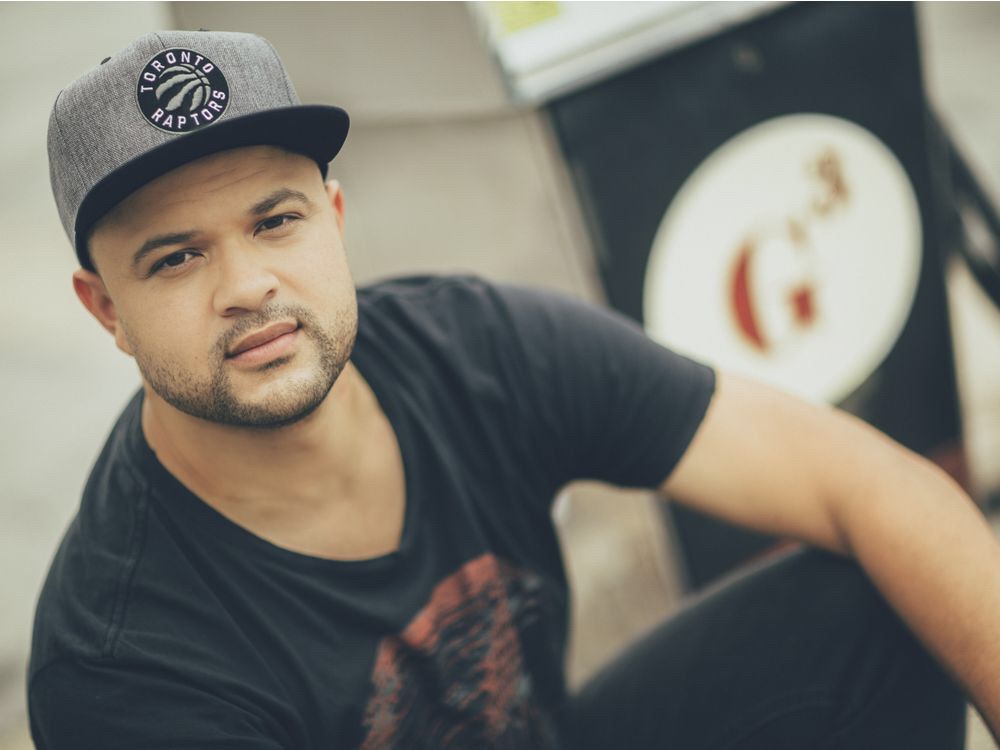 Although it might seem to some that Canadian singer-songwriter Tebey is a relatively recent arrival on the worldwide country music scene, with a steady climb over the past two years culminating in the recent announcement of his nomination for two Canadian Country Music Association Awards (CCMAs) for Male Artist of the Year and Fans’ Choice, he actually already has two albums to his name, and has also been incredibly successful as a hit songwriter and producer, with seven number one singles to his name, including four in Canada, and one apiece in the US, UK, and Asia.

The man behind the recently released feelgood summer anthem, Happened on a Saturday Night, has actually been a world-class songwriter and producer for many genres, not just county music, although it’s the latter that’s one of his biggest passions.

In the past 18 months alone, the Nashville-based artist has scored three number one songwriting credits, namely a US Billboard number one with Justin Moore’s Somebody Else Will; a Canadian number one with Gord Bamford’s Dive Bar; and his own first number one with Who’s Gonna Love You, which earned a SOCAN award for Most Performed Country Song in March 2019. Another recent release, Denim on Denim, was certified gold, with over six million streams. And if you want to delve a little further back to 2013 on your music streaming service of choice, you’ll unearth another true gem in his fantastic version of the Avicii song Wake Me Up, featuring Emerson Drive, which can also be found on his second album, Two, released in 2014. The song’s infectious, totally danceable beat, contemporary sound, lush, smooth vocals, and toe-tapping banjo riffs epitomise Tebey’s refreshingly unique approach to country music, which he aptly refers to as “progressive country.” 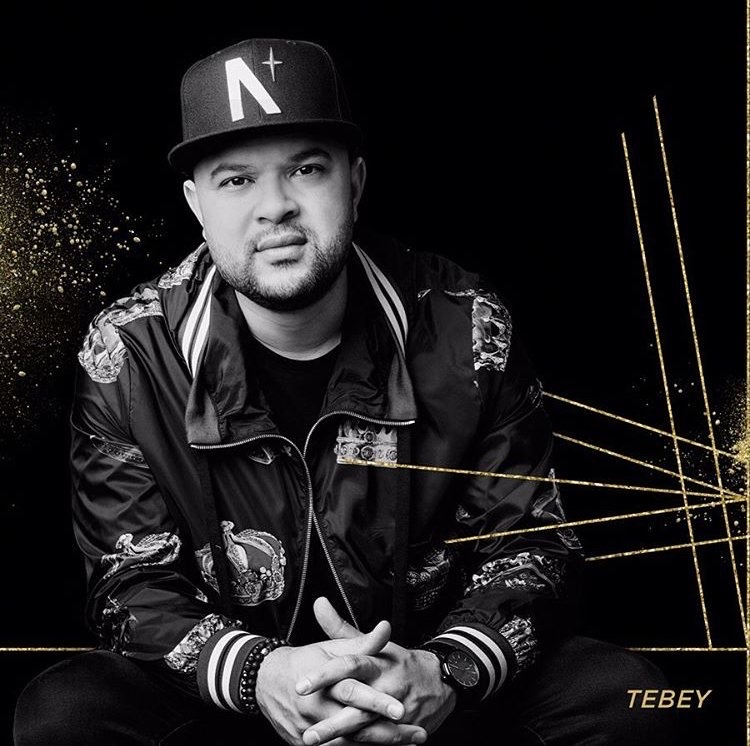 Both as an artist and a songwriter, Tebey is used to travelling all over the world, but when I got the chance to talk to him recently when he was in the country prior to the postponed C2C festival, he revealed that he has a particular affinity for the UK, and is clearly passionate about building a fanbase here.

“I’m in it for the long haul! I’m determined to really break in this market. I’ve always had a strong connection to the UK. My grandparents are English, and I used to live here. I’m a massive football fan as well (Sorry, Arsenal fans, he supports Tottenham!). I’m a huge Anglophile. I love the UK. I just love it so much. I’ve always felt at home here, probably because my grandparents are English. And being from Canada, we’re all part of the Commonwealth. There’s a lot of similarities between us as people, in society.

“And the thing is, I know there’s fans here. I’ve been very familiar with how many country music fans there are in this country. There’s just not a lot of country radio. But it’s changing, with the Country Hits and Chris Country, and Smooth, I guess now is getting into the country business.

“I think the important thing is to keep coming back, showing people that you’re truly invested in the market, and in them. Because they love the music, they just don’t see the artists as much. I feel like the artists that do come back get more. Cadillac Three, Lindsay Ell, they’re able to sell tickets because they keep coming back and investing in the fans. So, I’m all about it, and hopefully I’m playing Hammersmith Apollo in a couple of years, and we can look back and be like, ‘He wasn’t blowing smoke.’”

I asked Tebey to introduce himself to the UK fans who might be hearing about him for the first time.

“Originally from just outside of Toronto. Moved to Nashville when I was 16. I kind of wear two different hats, because I’ve had a lot of success as a songwriter writing songs for other people, actually in the UK as well. Pixie Lott, JLS, Flo Rida, Cher, Fifth Harmony, there’s quite a few. Actually, the Pixie Lott song (All About Tonight) was nominated for Single of the Year at the Brits. So, it’s been great. Just doing what I do back home in Canada, and continuing to grow my career.

“I would say my stuff is progressive country. I try to pull from my influences, because I do listen to everything. I really, really do listen to all different kinds of music. So I try not to be, you know, in America we say “vanilla,” or “down the middle.” I really don’t want to be that artist. I think when people hear one of my songs they know it’s me, because the songs we’ve had success with over the last three or four years in particular, the Denim on Denims, the Who’s Gonna Love You, songs like that, they really sound like nothing else that’s on people’s radio.” 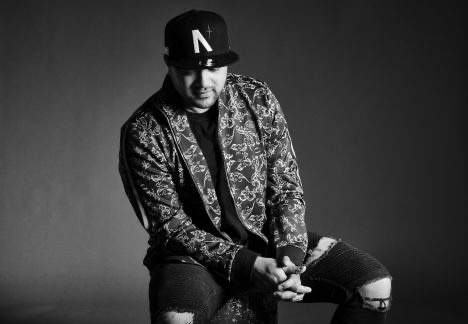 As a songwriter, Tebey’s experienced not just the traditional Nashville style of collaborative songwriting, but also writing in a pure pop style, so I was interested to hear about his experiences of both styles.

“I love to collaborate. I don’t write by myself, I honestly don’t have the attention span to write by myself. I love to collaborate with people, whether it’s on Music Row in Nashville, or overseas a lot. I travel to Sweden a lot, Denmark, the UK. I’m constantly just going writing songs. Because when I’m at home, I don’t really write as much as I should. I’ll not write for a couple of weeks and then I’ll hop on a flight and go to London and write here for two weeks really hard, and then head back home and just take it easy, because it’s very easy to just write yourself out. I never really shoot for anything, I always just try to write great songs. Because if you write something great, it’ll find a home, I believe.

I then put him on the spot and asked him if he had to choose just one genre, what would he pick?

“Oh my gosh! I don’t think I could, because I love writing everything, and I think the genre lines are blurred now anyways. I mean, look at Maren Morris in the middle. I think great music is great music, and kids these days are listening to all different kinds of things. I mean, in America they are, for sure. They’re definitely listening to Drake one minute and Luke Combs the next. So, I don’t know if people’s taste in music are quite as eclectic over here, but where I’m from, people just love music in general.

“We do pull a lot from pop music,” he says of his own sound, “and some R&B, and I just try to create my own lane. I just don’t want to sound like anybody else.”

Is that a harder route to go down in country music, I wondered?

“It’s hard to be accepted, because it’s easier for radio, in particular, to like stuff that’s a little easier to play, maybe.

“But if you look at any superstar in the genre, from Eric Church, to Keith Urban, Luke Combs, they all have their lane, and nobody sounds like them, right? If you want to become a superstar, you need to be the only one that can do that, and that’s what I aim for. I want people to hear one of my songs and be like, ‘That’s a Tebey song. I know it instantly, and that’s what he does.’ Because then they know what you stand for.”

As with the rest of the industry, Tebey’s touring and promotional plans, including various festival appearances and a return trip to these shores for more shows in October, were put on hold due to the pandemic. He had also been scheduled to perform in front of some amazingly big audiences both home and abroad, including the inaugural Montreal LASSO festival (now postponed until August 2021) on an island in the St Lawrence River, on a bill featuring the likes of Brad Paisley, Luke Bryan, and Old Dominion. The sheer size of these shows in Canada reveals just how popular country music is in Tebey’s home country. While the US country music summer festival touring circuit is certainly huge, the Canadian circuit is equally enormous, he tells me!

“It’s crazy, because country music is a lot bigger there (in Canada). You have festivals like Glastonbury over here and stuff, and we’ll see those type of crowds at our country music festivals. I mean, there’s a festival called Boots and Hearts north of Toronto that’s 60,000 a day! That’s crazy! That’s like some of these massive festivals over here, right? Isle of Wight, and stuff like that. Just massive.

So, it’s a totally different ball game, I think. I’ve talked to a lot of Brits. I ran into some Brits, actually, that were at a thing called the Calgary Stampede, that we have. And it’s massive. It’s the biggest rodeo in the world, it’s even bigger than the Texas rodeo, or whatever, and they just could not fathom how many people come out to see these country music shows.”

Finally, I asked him if he had a message for the fans over here who had been hoping to see him at Country to Country.

“Yeah! I’m coming back. And I’m going to keep coming back until we meet all of them. I’m really determined. You know, I look at the Shires as a fantastic benchmark. I mean, they can go into a market and sell 3,000 tickets, and I would love to be able to do that in the UK. To be able to come and do a proper tour and sell tickets, because then I can eat all the Indian food I want!”