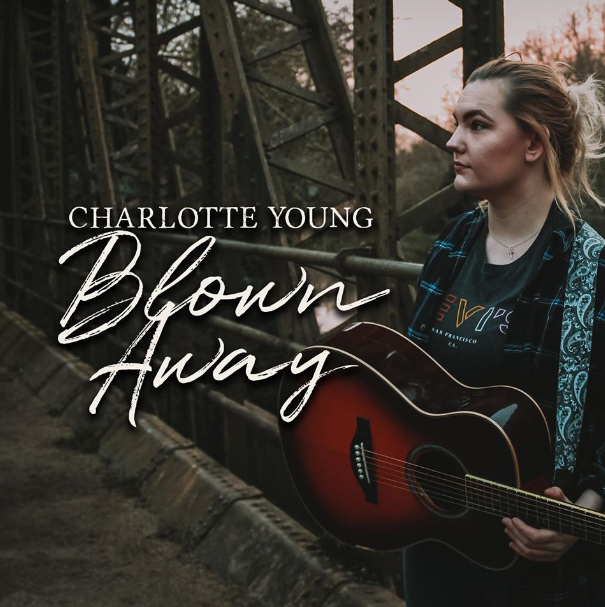 The first thing that strikes me about Charlotte Young’s EP is how American it sounds. The production on Blown Away is so identifiable with the kind of modern country coming from across the pond that one could easily think she is part of the US scene. It is only a recognisably British accent that gives her away. This voice is a mix of punkish attitude and pop-infused delivery which lends itself particularly well to the first two songs on the record.

Delivered with real confidence by Young, ‘Whiplash’ and ‘Blown Away’ sweep out of the speakers, fully embracing the listener with their all-encompassing sound. Having grabbed their attention, Young then melts into the poignant ‘Half a Bottle’, exposing her vocals to a more vulnerable atmosphere. Stripped back and laid bare, it doesn’t quite have the emotional impact that I would expect. But this lack of connection is quickly made up for in ‘Passenger Side’. It may be your standard country-pop fare, yet there is enough heart and soul in the storytelling to make this an enjoyable finale to the EP. By this time,

Young sounds much less American and more evocative of the likes of fellow Brit Vic Allen. What this suggests to me is an artist who loves mainstream US country but is unashamedly British. Blown Away combines the two, and announces Charlotte Young as an exciting prospect on the UK scene.