The beautiful Oxfordshire countryside will be immersed in the world of Americana. Introducing the first-ever Over the Hill festival.

The Americana and Roots festival that’s proudly presented by Glovebox Live will take place on Bank Holiday Monday 26th August. Located at the picturesque Cogges Manor Farm, there will be plenty of opportunities to delve into the Americana experience. This will include intimate performances from some of the finest live Americana acts in the UK today. Featuring two stages that are housed in beautiful tithe barns, the line-up for the festival includes: Danny & The Champions of the World, William the Conqueror, Naomi Bedford & Paul Simmonds (The Men They Couldn’t Hang) with The Ramshackle Band, Trevor Moss & Hannah-Lou, The Black Feathers, Paul McClure, Ags Connolly and The Niall Kelly Band.

Local, award-winning brewer, Wychwood Brewery will be proudly sponsoring Over the Hill. The Brewery will be providing thirst-quenching beverages such as the refreshing Shipyard IPA and there will be authentic American food. The site is easy to access, family friendly and has lots of free parking.

Tickets are available for £30 online via We Got Tickets and SEE Tickets. Tickets can bought locally from Rapture in Witney, The Old Fire Station and Truck Store in Oxford.

Danny & the Champions of the World

Winners of UK Artists of the Year, UK Album of the Year and UK song of the Year at the 2016 UK Americana Awards, Danny & The Champions of the World are one of the UK’s favourite Americana acts. Fronting the band is Danny Wilson (formerly of Grand Drive) and this is a rare UK 2019 appearance from one of the best live bands in the country. 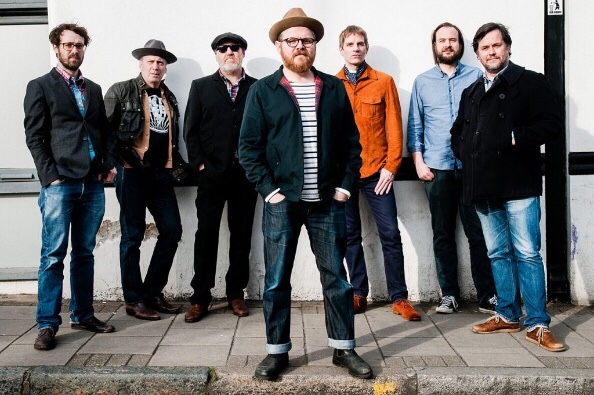 Thumping grunge Americana band William the Conqueror are a band of extraordinary musical diversity. Praised for their grit and authenticity by The Guardian, they made their mark by reaching #14 in the Independent Album Chart with their latest album, Bleeding on the Soundtrack. The trio and amplify their sonic power through their stunning performances.