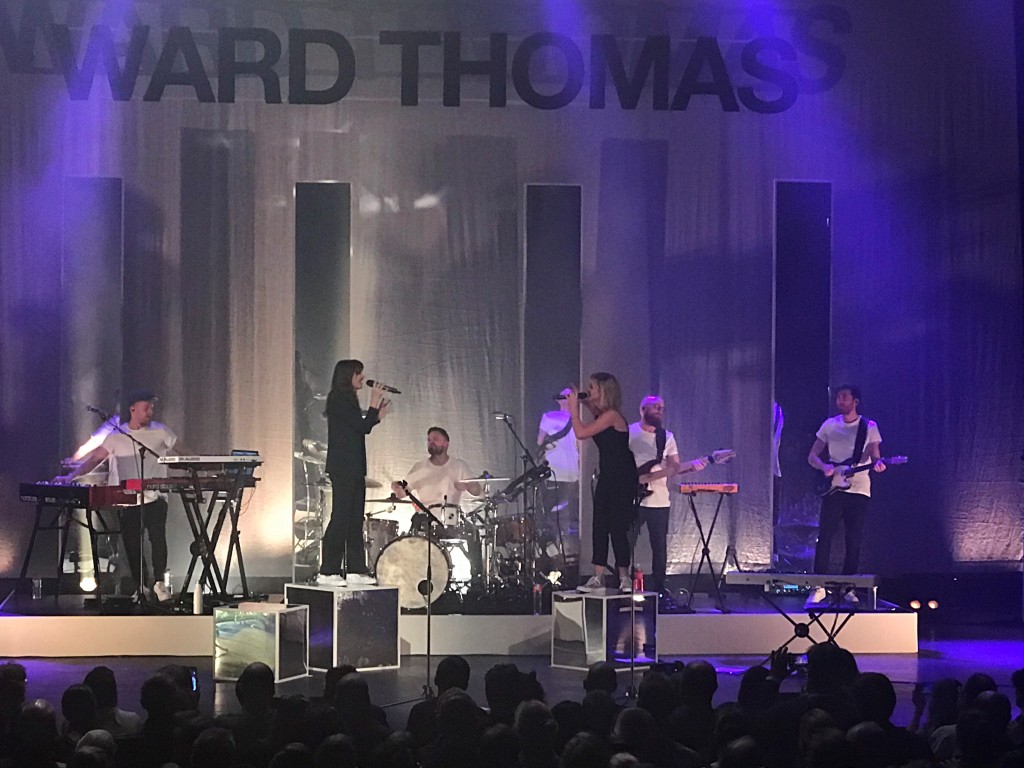 Hot on the heels of their chart-topping Cartwheels album, Hampshire twins Catherine and Lizzie Ward Thomas are riding the crest of the UK country pop wave. Backed by a band of four musicians the girls confidently strode to the stage to open with Lie Like Me from the new album. Back to familiar territory with the catchy Guilty Flowers and then three more from the new record.

The duo gave the band a break to play Cartwheels, showing their versatility and that less can be more. As sisters who grew up together they appear more comfortable in a more acoustic environment and a highlight was Deepest You with the pair accompanied by a solo electric guitarist.

Back to the band for several more numbers, including venturing into country rock territory with the comedic Town Called Ugley. No Filter shows the dangers of social media and Never Know closed the main set.

Carry You Home began the encore and the pair saved the best until last, a magical performance of This Too Will Pass with the subtle and gentle harmonies showing their vocal versatility and togetherness.