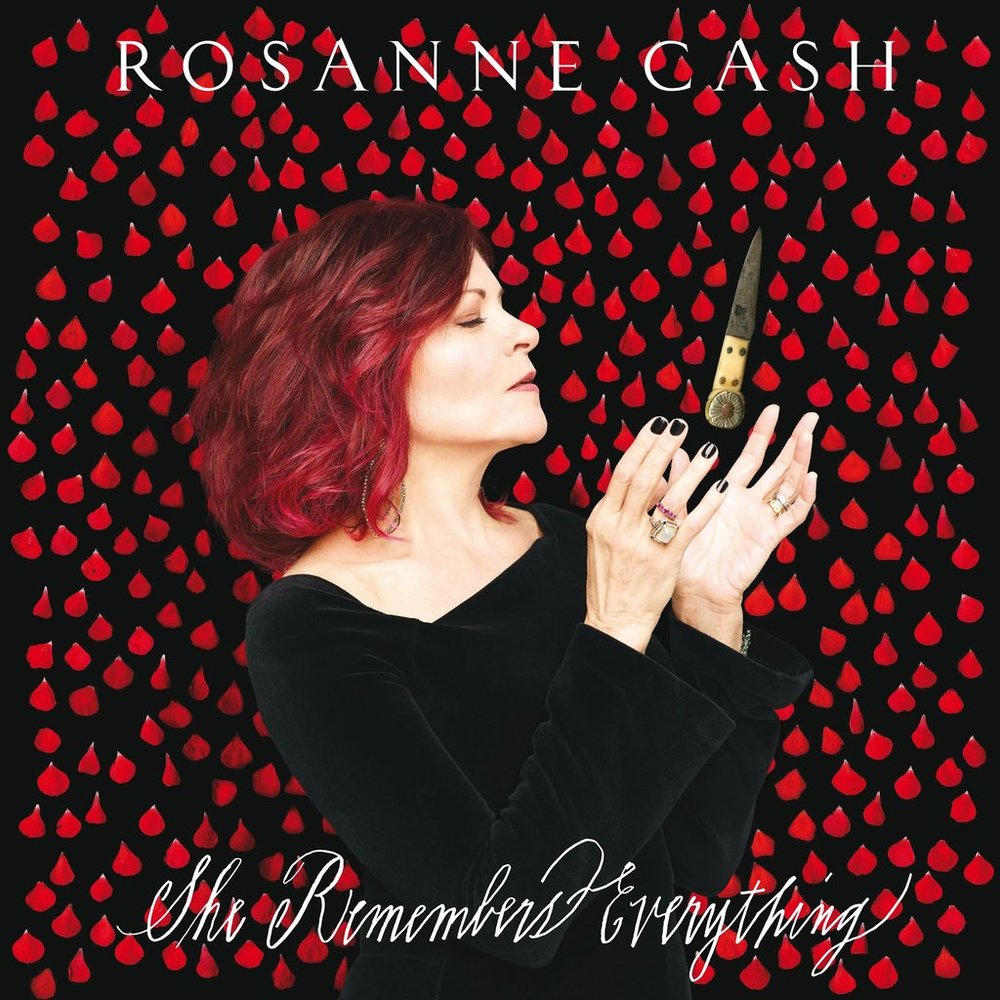 Although I have known who Rosanne Cash is for years I have shamefully never sat down and taken the time to listen to her and for no reason other than just not got around to it.

Rosanne’s family name should not be the reason you listen to this album but simply because it is a collection of strong, sonically brilliant, lyrically poetic songs that are full of stories.

If you need a break from the country pop world and from songs made for radio then I recommend you give this album a go.

From the start with the song The Only Thing Worth Fighting For (feat. Colin Meloy) I was addicted. Rosanne’s music is the kind of music that needs to be appreciated in its entirety and in a live setting with absolute silence apart from the odd encouraging cheer. Think old school americana/folk, alternative country and blues-rock and that pretty much sums up the album sonically. The album is beautifully gifted with instrumental detail which is so important in an albums worth and is seriously lacking in many albums today.

Cowboy Junkies, Shawn Colvin and Indigo Girls come to mind listening to this album and with Amy Ray having just put out a solo record, it shows that women in music are truly remarkable and aren’t going anywhere but up.

The hauntingly beautiful dark-folk styled song The Undiscovered Country is breathtaking and instrumental heaven with Rosanne’s natural born vocals being an absolute delight to listen to.

Every song off this album is a pleasure to listen to and makes you fall in love with real music all over again. An artist that needs to be seen in session or on tour with someone like Stevie Nicks and collaborations with the likes of Elvis Costello in this album shows her high calibered status. Costello and Cash sing beautifully together with their harmonies blending perfectly on the track 8 Gods of Harlem. The second collaboration with Colin Meloy; Rabbit Hole shows the two don’t just work well together but bring an almost perfect sound collectively.

Firm favourites such as Not Many Miles To Go deliver a strong up beat melody and the stunning piano driven Everyone But Me brings a more emotive feel which really pulls at the heart strings. The melody is perfect in its simplicity and has a slight Christmas feel to it. Title track She Remembers Everything (feat. Sam Philips) has a dark country-folk way about it especially with the tone of Rosanne’s voice which has a hint of soft anger and scorned woman in it.

She Remembers Everything is one of those albums where you typically change your mind on which songs are your favourites every time you listen to it. Songs that you perhaps don’t remember as much on the first listen become hidden gems the next, for me that included My Least Favourite Life which again has a dark edge to it in a mysteriously ghostly way and the melody and vocals have a slight gothic way about them which is wickedly slick and cool. Another late favourite being Nothing But The Truth which is a bonus track on the deluxe version. The gloomy tune has a somewhat uplifting spirit at times and is devine to hear.

Over all the album is something to be celebrated and cherished with all its detail sonically, vocally and lyrically. An album full of emotion and real life, I highly recommend it.

Listen to She Remembers Everything here

Purchase She Remembers Everything here