Liddy Clark Releases Her Stunning Version of The Christmas Classic “Do You Hear What I Hear”. 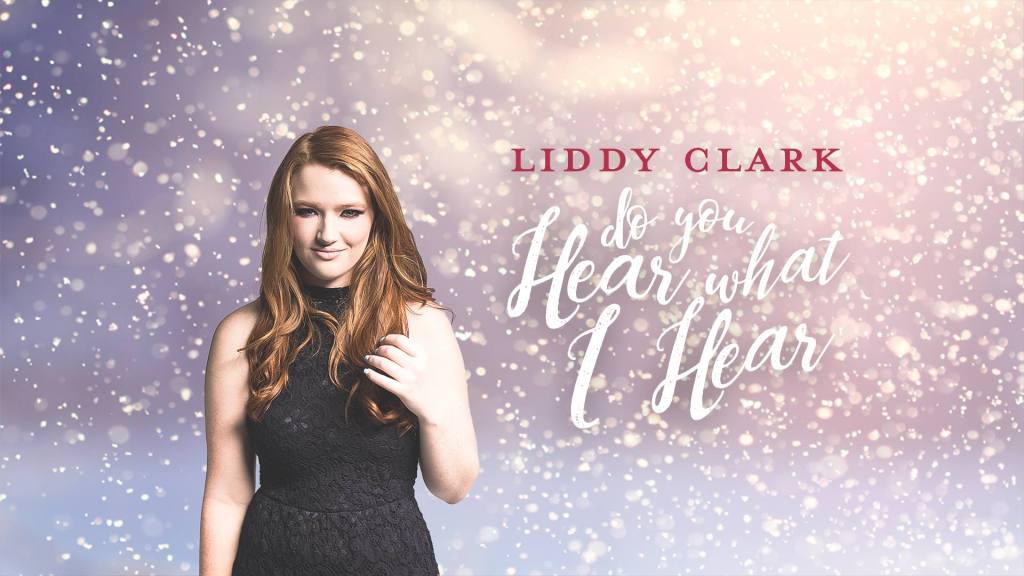 Texan born singer/songwriter Liddy Clark has just put out her cover of Do You Hear What I Hear to get you all in the mood for Christmas.

We LOVE her version, it has such a cool country spin and her warm, sweet vocals are really inviting and just what you need for the festive season. Now we are really excited for Christmas and it is so fitting that we heard this version for the first time whilst snuggled on the couch as a family drinking hot chocolate.

Listen to Do You Hear What I Hear here

Purchase Do You Hear What I Hear here

Liddy Clark achieved countless musical milestones while still in her teens, owing much to her powerful vocals, acting skills, and radiant presence. Since learning to play guitar at age 12, the Plano, Texas-born singer/songwriter has taken the stage at iconic venues throughout the country (including the Country Music Hall of Fame in Nashville), opened for artists like Scotty McCreery and Joe Nichols, performed in private VIP rooms for Chris Stapleton and Jake Owen, and at age 14 received a personal invitation to sing at Loretta Lynn’s Ranch. Having devoted her young life to developing her songcraft, the 20-year-old artist now delivers her debut EP Testing the Waters: a selection of fresh yet timeless songs, uniquely arranged to showcase her beautifully nuanced, indie-pop-inspired take on country music.

Revealing the extraordinary range of Clark’s warm and soulful voice, Testing the Waters is built on a melodic and guitar-driven sound brought to life with the help of producer Pete Masitti and A-list musicians like Dave Ristrim (guitar player for Luke Bryan). The EP’s crystal-clear arrangements prove to be the perfect backdrop for Clark’s lyrics, an element that’s equally shaped by her daring vulnerability and natural gift as a storyteller.

Bringing both heart-on-sleeve honesty and real-life detail of each track, the record shifts from the wistful romanticism and cascading guitar work of “Falling Into You” to the piercing heartbreak and aching harmonies of “Holding Her Hand” to the no-regrets attitude and fierce riffs of “Single on Valentine’s Day.”

“I came into the studio one day with the lyric ‘Single on Valentine’s Day,’ and knew that the song could either be really fun or really sad,” Clark recalls. “I ended up deciding to go in the fun direction, because there’s so many sad songs in the world already.” On “I Hope You Dance,” Clark teams up with her cousin Drew Womack (former lead vocalist/guitarist for Sons of the Desert) to offer up a delicately textured, modern-day rendition of the soul-stirring Lee Ann Womack ballad. (What’s more, the song’s impact is strengthened by the fact that Drew also sang background vocals on the original recording from 2000.) And on “Painted By Numbers,” Clark closes out the recording with a quietly intense, string-laced reflection on body image and self-empowerment.

“I wrote that song when I was 16 and dealing with a lot of body-image issues, which is something so many young girls go through nowadays,” she says. “The song looks at the insecurity that comes with all of that, but the message is to love yourself for you are—you’re so much more than just a number.”

With Testing the Waters arriving in summer 2018, Clark also recently released “Shot Down (Stand Up)”: an anguished but ultimately hopeful single penned in response to the Stoneman Douglas High School shooting in Parkland, Florida—the very city where Clark grew up. “After the shooting I knew that I wanted to write something, because that’s what helps me process things emotionally,” says Clark. “I spent hours getting my thoughts down in a notebook, then took lines from that and put them into a song about feeling so frustrated by this endless cycle where there’s no change happening.” In an especially meaningful moment for Clark, she premiered “Shot Down (Stand Up)” in a performance at the Wear Orange: Healing Through Harmony concert (a June event honoring those affected by gun violence). “It was such a beautiful event and so great to see everyone’s reaction to my song,” says Clark. “For me the most important thing I wanted to get across is that we really can move forward with the best solution for everyone, if people could just listen to each other and make an effort to understand.”

On “Shot Down (Stand Up)” and all throughout Testing the Waters, Clark shows the stunning vocal command that she’s carefully honed since she was very young. “I fell in love with singing when I was seven-years-old,” remembers Clark. “My grandma had just told me I was somehow related to Pocahontas, so I did a little tribute to her by singing ‘Colors of the Wind’ in a school talent show.” Instantly hooked, she began taking vocal lessons and performing in musical theater, appearing in 30 musicals by her early teens.

At age nine, Clark signed with a talent agent in Miami and began working professionally as a model and actor, an endeavor that’s included modeling for brands like American Girl and starring in the first commercial for The X Factor. With songwriting running in her family—her aforementioned cousin, Drew, authored such hits as Kenny Chesney’s #1 smash “She’s Got It All”—Clark started penning her own songs at age 13, and began performing in songwriter rounds just two years later.

Starting at age 15, Clark attended the prestigious summer programs at Berklee College of Music in Boston for three years in a row. The summer she was 17, she made a huge leap forward with her music career by earning a scholarship to Berklee’s Five-Week Summer Performance Program—widely considered the most distinguished summer musical performance program in the world. “Meeting other people who felt the same way about music that I did, and then getting to collaborate with those people—that was an amazing experience for me,” Clark points out. Taking part in the Berklee program for three summers in a row, she landed a highly coveted spot in the Singer-Songwriter Showcase, with associate professor and famed singer/songwriter Melissa Ferrick proclaiming that Clark “writes award-winning lyrics.”

A magnetic live performer known for her force-of-nature energy, Clark started working regularly as the Liddy Clark Band when she was 16. She steadily amassed a dedicated fanbase, boosted by support from major outlets like Radio Disney Country. In 2017 she performed at the iHeart Country Music Summit at the Country Music Hall of Fame, an event whose personal highlights included crossing paths with country legend Garth Brooks (who took time out in the Hall of Fame’s green room to give Clark advice and encouragement both before and after her performance). Furthermore, Clark was recently selected as an iHeart Radio Digital Artist of the Month, and has performed at the iHeart Radio Live Sessions in New York City, taking the same stage previously graced by such renowned artists as Neil Diamond. And in one of her latest triumphs, Clark contributed a bright and shimmering version of the Christmas carol “Do You Hear What I Hear?” to Country Faith Christmas, Vol. 2 (a Country Faith compilation sold exclusively at Cracker Barrel stores), joining the likes of Carrie Underwood, Darius Rucker, and Kelsea Ballerini on the album’s tracklist.

Now a sophomore at the University of Southern California, where she’s a dean’s list student at the Thornton School of Music, Clark plans to follow up Testing the Waters with two more EPs over the coming year. With each new piece of music she releases, her aim is to keep on deepening her intimate connection with her listeners. “I love hearing stories from other people about how they’ve related to my music,” says Clark. “Like with ‘Painted By Numbers,’ I got an Instagram comment from a girl who said it made her feel like there was someone else out there who knew what she was going through. For me one of the greatest things about music is when you hear a song and it gives you a feeling of completeness—it just fits into your life in this perfect way,” she continues. “My hope for my music is that it gives people that same kind of feeling.”