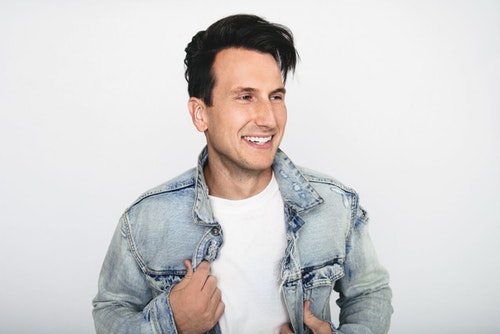 Soon to be mega star in country music Russell Dickerson supported Darius Rucker on his UK tour which included a very special evening at The Royal Albert Hall in London.

Arriving on stage with the happiest face and a bit of a skip in his step, Russell didn’t waste a second of this ‘once in a lifetime’ opportunity.

Singing tracks off of his massive hit album Yours, Russell got the crowd going and energised the entire evening.

An unexpected yet very welcomed and somewhat genius mash up of Girls Just Wanna Have Fun/MGNO/ I Wanna Dance With Somebody was a highlight of his set and so much fun. An even more exciting cover of Shania’s Still The One also had the crowd cheering and singing along. Russell appeals to fans of all ages. His fresh, young sound has a mature edge and he can get anyone in high spirits.

Closing his set with his number one songs Blue Tacoma and Yours proved just how big his fan base over in the UK is now.

Russell belonged on the Royal Albert Hall stage and is of headline worthy status himself. Being a support in the UK is actually almost like being a headliner – everyone turns up early, everyone listens or sings along and the artists always get treated with the biggest welcome. Russell has made a home here now, so let’s hope he comes back on a regular basis.