It is safe to say that country music is really starting to become huge in the UK. When two of the biggest names in country music (Zac Brown Band and Kacey Musgraves) have a show on in London on the same night, how on earth do you choose? For me it was Golden Hour, Kacey’s most recent album. Golden Hour has pretty much been the soundtrack of my year since its release so although the decision was hard, Kacey in the end won.

Starting her UK debut supporting Lady Antebellum, Kacey has made her way from headline shows at Bush Hall to a quick upgrade to Shepherds Bush Empire, to headling C2C Festival earlier this year and now headlining her own huge Oh What A World tour which included SSE Arena, Wembley.

Now I am not sure how much Kacey had to do with it but being given seventh row was a very welcomed surprise. The arena was filled with a very up beat and excitable atmosphere. The lights went dark and the room filled with a sweet strawberry smell which we were convinced was intentional, however, it turned out to be someone’s vapour. (Great idea though Kacey so perhaps some scented shows next tour?). 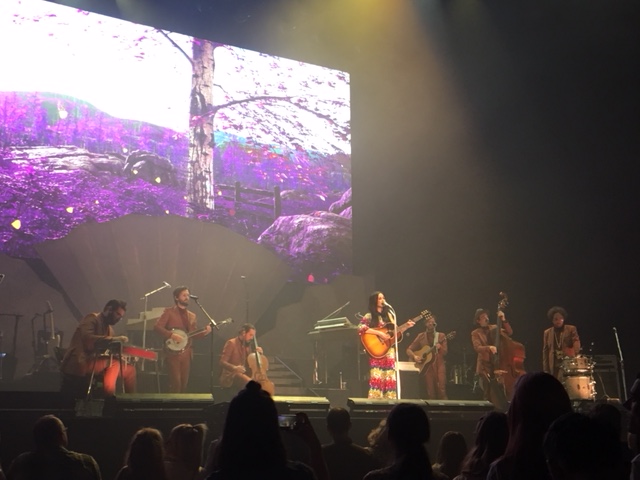 The stage lit up as the band played the intro to the first song. Just a silhouette of Kacey could be seen at this point at the top of some small stairs as she began to sing a favourite of mine from the album Slow Burn. As the light shone on her, she sparkled with her colourful, striped, fringed bodysuit. Straight into Wonder Woman next, Kacey strutted down the stairs and the crowd went wild.

Kacey has one of the sweetest, honeyed toned vocals in country music blended with just the right amount of sass. Telling the crowd about how London is one of her favourite cities to play in, she adds a quick story about her journey to this point venue wise. The UK adores Kacey, that was plain to see. Her stage filled with a tremendously talented band and were also backed by a screen of computerised animated images. When the screen showed butteflies, we all knew what song was up next. Butterflies, the first song to be released off Golden Hour was met by a chorus of voices throughout the arena but it was Lonely Weekend where the volume of the audience really started to turn up. 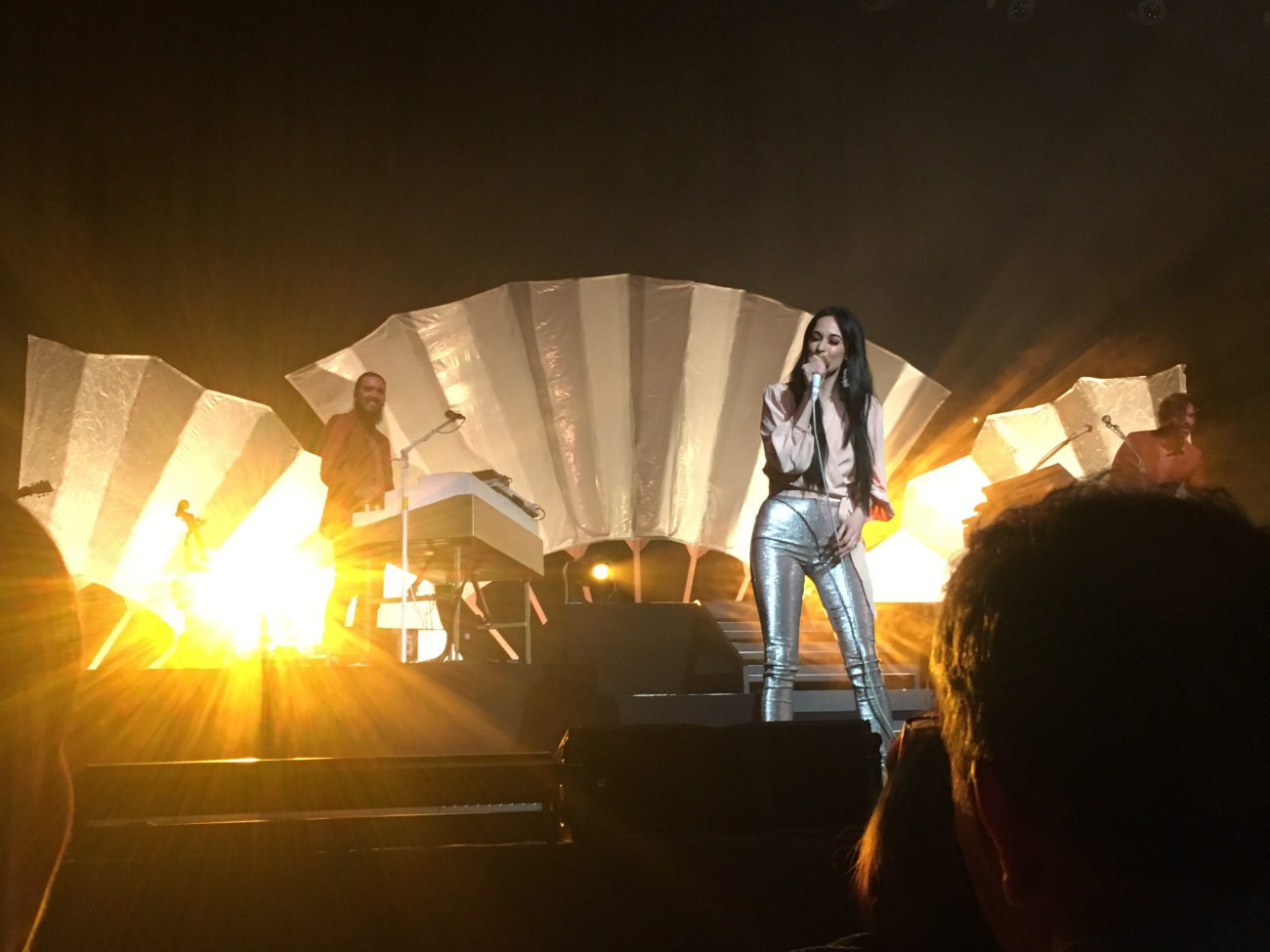 Going back to her debut studio record Same Trailer, Different Park, Kacey performed Keep It To Yourself and her much loved song Merry Go Round which was moving purely because the audience sang it back to her so beautifully and it felt like she had truly arrived.

Kacey’s set list consisted of her entire Golden Hour album, which I for one was extremely happy about. As well as the album in its entirety we were treated with the very country sounding High Time which really got the arena roaring. Oh What a World, the title of her tour was a beautiful moment. A song so beautiful live with exceptional musicianship from her band, you couldn’t, as a Kacey fan, help but see and hear how she has found her place in this world now with her husband Ruston Kelly. Golden Hour as a whole lyrically and sonically, pretty much reflects on her happiness.

A very special moment indeed occurred when Kacey told the crowd how she recently covered one of her favourite bands for a BBC Radio 2 session. Explaining her love for the bands lyrics and stunning melodies Kacey welcomes to the stage Tom Chaplin, lead singer of Keane and the pair begin to sing Somewhere Only We Know. A breathtaking and emotional performance, Tom and Kaceys voices beautifully matched with harmonies to die for. This was a moment to remember and a moment I think only the Wembley crowd received. As a strong and poetic, quirky lyricist herself, the song could have easily been Kacey’s and it was easy to see why she loves it so much. The entire arena knew the words and sang with them both. Tom, a truly great vocalist appeared incredibly humble on stage, it was a sensational performance. 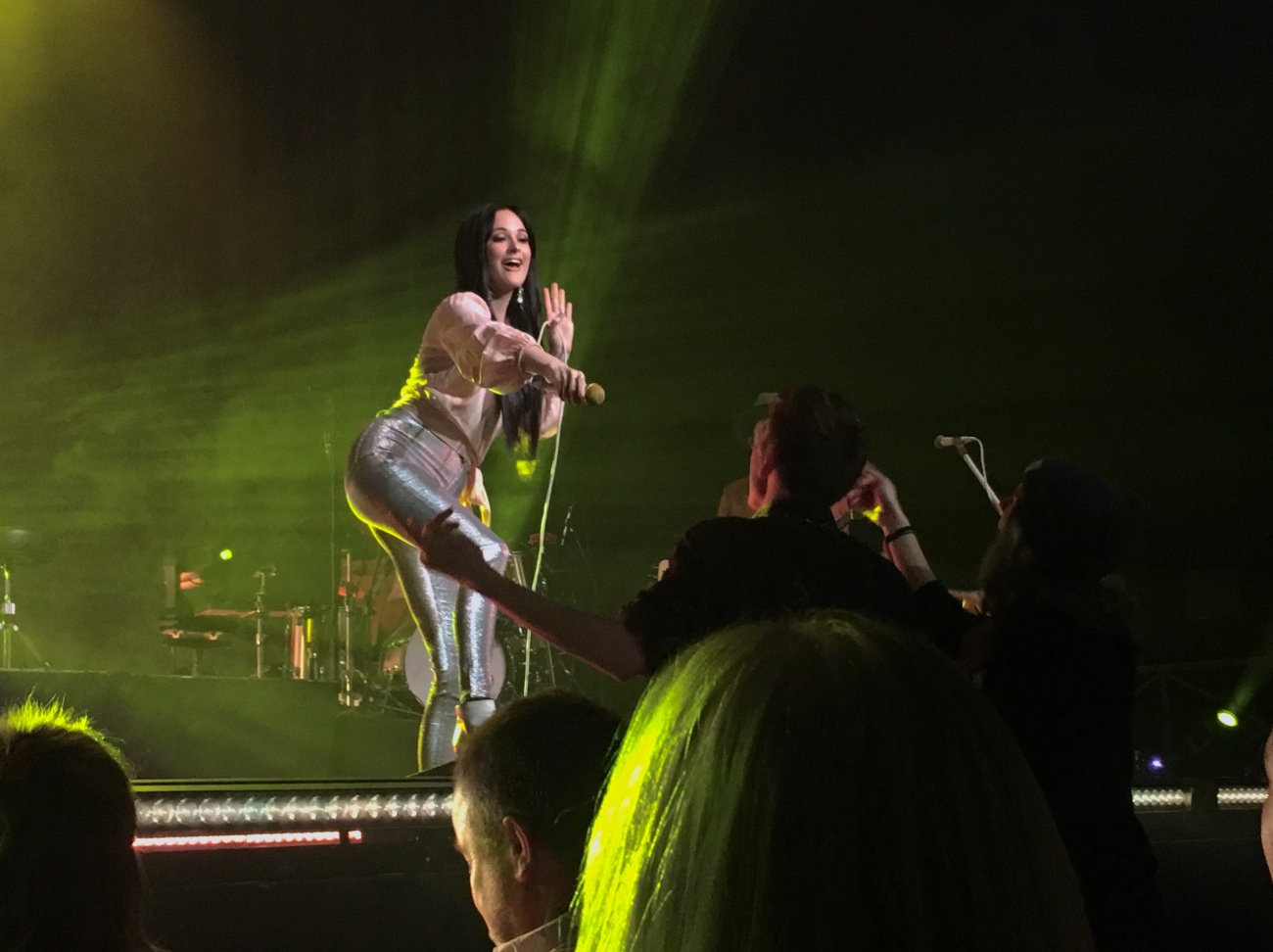 Velvet Elvis got everyone up and dancing, Space Cowboy set an atmospheric vibe but the really energised moment came from Follow Your Arrow to close the set. Follow Your Arrow began with her video playing on the screen and everyone knew what was coming and screamed. One girl screamed just a little too much, we were slightly concerend for her safety as was Kacey ha! Follow Your Arrow has the best crowd participation moment with the Hey’s and Yup’s. I do miss the flashing Hey, Yup sign she used to have at shows but I think the backdrop of her video makes up for it.

This wasn’t really the end, of course it wasn’t. Kacey returned on stage with just one band member and sang a heavenly performance of her incredibly moving song Rainbow. Her Grandmother’s favourite song, this song also means a lot to so many people who have their own stories surrounding it. Re-joined by her full band, Kacey invited her support act Soccer Mommy to the stage to sing a fun version of NSYNC’s Tearin’ Up My Heart. The two ladies were clearly having fun as they even had their own dance routine, perhaps it was NSYNC’s original choreography? I was never a fan so have no idea.

The real close of the show was of course High Horse. A disco dancin’, crowd pleasin’, arena booming tune, no one was sat down for this. I missed having the inflatable beach balls that changed colour that we had at C2C but that was quickly forgotten by just how much fun we were all having.

A Kacey show in the UK always feels sort of homely. She has such a great connection with her UK fans that it is like watching a friend blossom to greatness.

Kacey just keeps getting better and better and is really quite the superstar. A beauty, a highly talented songstress, an incredible writer and a natural performer, Kacey is the real deal.

Oh What A Show!