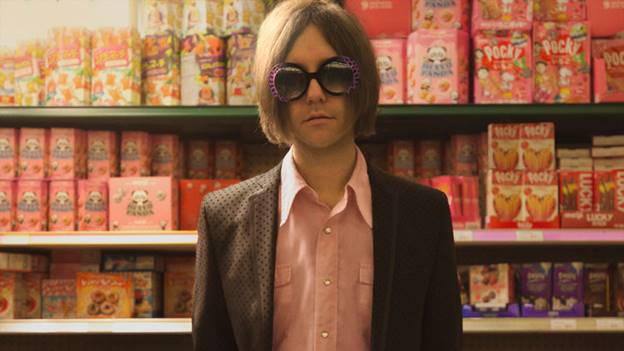 “Nashville’s most eclectic singer-songwriter returns with a trippy stunner full of swirling, immersive rock songs that evoke both the effervescence of the Sixties and the grit of today.” Rolling Stone

US singer-songwriter Aaron Lee Tasjan’s acclaimed new studio album Karma For Cheap is out now via New West Records and the Americana Award nominee and former Berklee College of Music guitar scholar will play much-anticipated UK shows in October and November 2018 as follows:

The roots of Karma for Cheap, stretch deep, drinking up the sounds of a Southern California childhood spent listening to The Beatles while riding around with his mom at the wheel of their navy blue Volvo station wagon. Back to the pre-teen year he picked up a six-string and started figuring out the chords in those Lennon-McCartney tunes, and the blissful innocence of falling in love with music for the first time.

“When you’re a songwriter,” Tasjan says, “you’re dealing in truths and untruths – that’s part of your commerce as a citizen of the world.” Being a songwriter in the post-truth world of Trump’s America isn’t easy. “The sound of this new record is a little more rough and ready, more raw than anything I’ve done before,” Tasjan says. “Seems like a good time for it. We’re living in a pretty raw feed right now, and a lot of these new songs reflect that.

For all the album’s wrestling with social and political discord and the stresses of modern life, Karma for Cheap finds its silver lining in the innocence of a wide-eyed kid’s maiden voyage into the electrifying thrall of rock & roll. The heaviness of the lyrical content is tempered by the joy and wonder of an artist reconnecting with what made him fall in love with playing music in the first place. The sound of it, the way it made him feel when he was 11 years old – the year Tasjan moved from Ohio to California and scored his first guitar and a stack of iconic CDs by The Beatles, Oasis and Tom Petty.

Tasjan’s previous album, Silver Tears, was described by the Guardian as “a glorious, eclectic, wilfully melodic collection of roots-rock, but also a kind, eloquent record that glimmers with humour.” Stand-out track ‘Ready To Die’ from Silver Tears was nominated for International Song of the Year in the 2018 UK Americana Awards and his blistering live version was a highlight of the Awards ceremony at Hackney Empire in February 2018. He was also an Emerging Artist of the Year nominee at the US Americana Awards and Honors in 2017