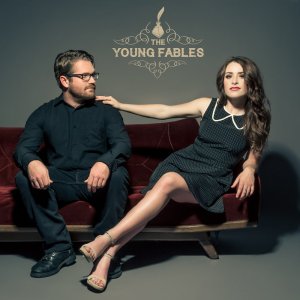 The Young Fables, an emerging leader on the modern traditional country scene, pay homage to one of their biggest influences, the iconic Patsy Cline, with the premiere of a music video for her signature hit Crazy on Raised Rowdy. With September marking what would have been the 86th birthday for the star, this tune, penned by Willie Nelson, still connects with audiences today nearly 57 years after its release on Decca records on October 16, 1961.

“I have been singing Patsy Cline’s Crazy since I was 8 years old,” says Laurel Wright of The Young Fables. “I’ve always had a special connection to the song. A lot of people tell me that they love my ‘version’ of the song, but I have to admit that I never sang the song the way I currently do until I heard Wes play it the way he does. He reinvented the song for me and deserves so much credit. We have been playing it out for as long as I can remember and listeners always comment on it, so we decided to take it into the studio.”

Fans can view the video on Raised Rowdy by clicking here or stream it below. The video was produced by their manager Patryk Larney of Hope Tree Entertainment. Larney also served as a co-director alongside Jeremy Ryan. Wardrobe and decor were the brainchild of Rosemary Fosse and make-up was provided by Chrissy Yoder of “I Can Make You Blush.”

“Patryk believed we would send the wrong message if I was in the same room as Wes singing the words ‘I knew you’d love me as long as you wanted and then leave me for somebody new,'” recalls Laurel. “So, he decided to attempt to put Wes inside an old TV so that I wasn’t singing to him but with him. The filming took place on two separate days. The first day of filming Wes did his best ‘American Bandstand’ impersonation and the footage was edited to black and white to give it that authentic 1962 feel. The second day, I got to play out my retro dreams on a set created just for us.”

The Young Fables are currently on the road promoting their latest project Old Songs. Old Songs, produced by Grammy award winning Mitch Dane, is a ten track project where all songs were either written or co-written by The Young Fables. It can be downloaded or streamed on iTunes, Spotify, Google Play & Amazon. Old Songs marks the second release for this duo that has already made a lasting impression on industry leaders. Keith Urban said they “had me immediately” and Big Machine CEO Scott Borchetta praised “a flawless vocal.” Sheryl Crow also tweeted “Just heard The Young Fables in the Nashville Airport. Laurel’s as good as any country singer out there!” For an act that has opened for Lauren Alaina, Josh Turner, Sara Evans, Chris Janson, Randy Houser, The Band Perry and Chris Lane, their intimate live show proved to be a hit selling out their album premiere at the City Winery in Nashville and the Biltmore Estate’s Independence Day Celebration. The music video for Half As Good, the lead single off Old Songs, premiered on CMT Music on May 30. Throughout their promotion of this project, they have also premiered video content with AXS and Pop Culture

To stay updated on The Young Fables, visit the following:

Tagged as: The Young Fables