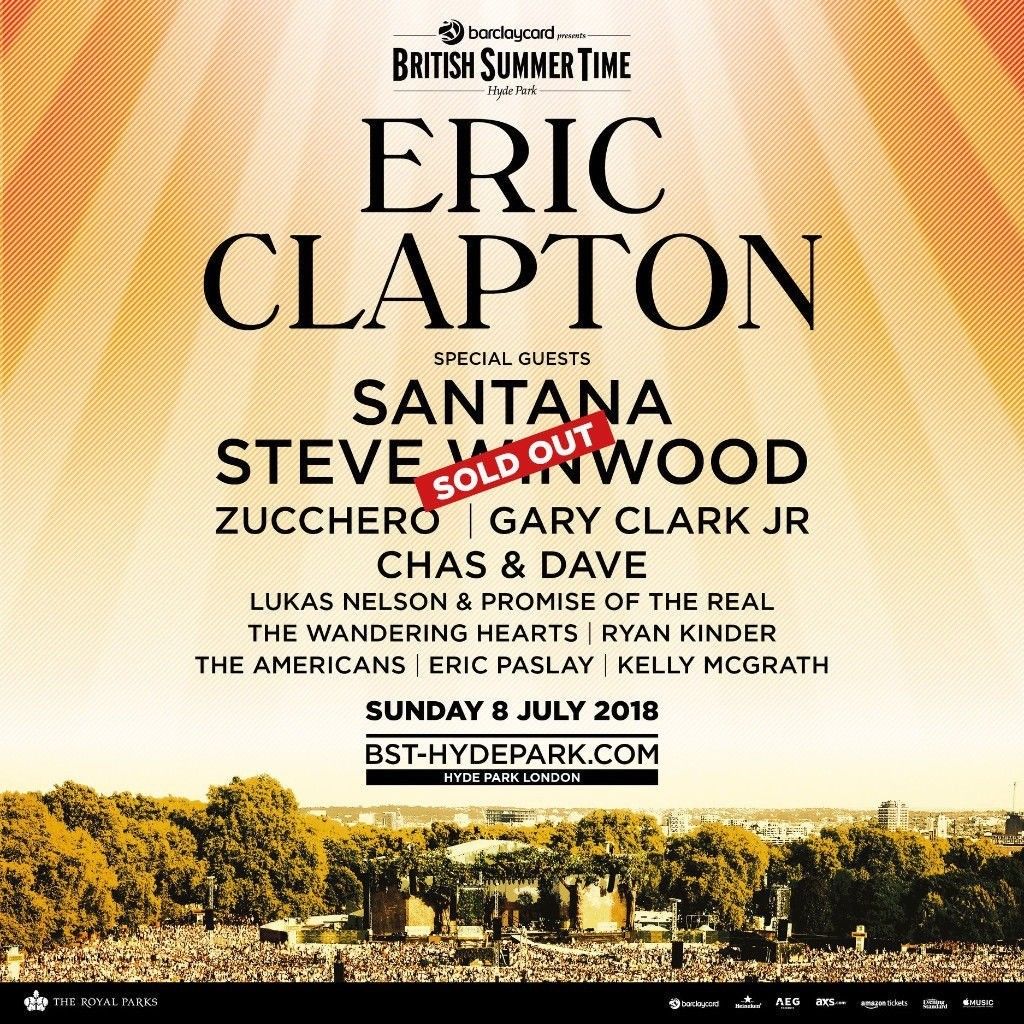 When a festival that isn’t based around country music opens its gates for the genre then they have my attention. A genre so often misunderstood in this country, BST Hyde Park is one of two mixed genre festivals that I go to annually based on their inclusion of country music artists.

Last year saw an impressive line up for country and americana artists such as The Wandering Hearts, Ward Thomas, Juanita Stein, Jade Bird, Catherine McGrath and more and this year, it is even better. BST runs over the course of two weekends and the event organisers invited country/americana and blues acts for not just one day but four. Artists over the four days included the return of The Wandering Hearts, Ward Thomas, Catherine McGrath and more and brought on artists such as Ryan Kinder, Lukas Nelson & Promise of the Real, The Shires, Sarah Darling, Robert Vincent, Seasick Steve, CC Smugglers, Kelly McGrath, Eric Paslay, The Americans, Ferris & Sylvester, The Adelaides, Megan McKenna and more.

BOON started off their annual BST visit on Sunday July 8th which Eric Clapton was headlining with support from legends Steve Winwood and Santana. BST pulls in music fans across many genres and what I love about the festival having country artists is that the majority of the audience aren’t necessarily country fans but they make the effort to see the acts and soon come away as fans. For example, Eric Paslay has become quite the favourite amongst UK country music fans and his highly impressive set on the Summer Stage at BST was met by a large amount of unknowing fans who not only stayed for the duration of his set but walked away talking about it afterwards. Paslay and his band impressed with their fun, energetic set playing tunes such as current single Young Forever which really stood out and Even If It Breaks Your Heart, Barefoot, Blue Jean Night and more and I think it is fair to say that they showed country music is a genre to not be dismissed. Full Eric Paslay review here

Over on the Barclaycard Stage, Ryan Kinder gave a mind blowing set which took the BST audience by storm and the audience were soon rockin’ out to his heavy guitar based, Bluesy tunes that Clapton fans would undoubtedly soak up. Closing track Leap Of Faith left everyone wanting more and he certainly gained a hell of a big fan base after his cracking set. Full review here

Rising star Kelly McGrath shone on the summer stage with her sensational vocals and upbeat, catchy country pop tunes from her album Kites which despite the often sad lyrics, still put everyone in a good mood with the bouncy melodies that caught everyone’s attention. Full review here

The Wandering Hearts returned this year to The Barclaycard Stage after wowing audiences last year supporting Tom Petty and The Heartbreakers. With a busy summer festival schedule, this fantastic americana/country vocal group are a “must see” act at any event. The groups flawless harmonies always captivate their audience especially with tracks such as Burning Bridges. The Wandering Hearts sensational live performance always shines and they were where they belonged on the main stage. Songs such as Devil and Wish I Could took the BST audience by storm and their on stage banter is always fun. This group are the real deal and if you haven’t already got their album Wild Silence, then grab it now.

The Great Oak stage was meant for country rockers Lukas Nelson & Promise of the Real who proved their main stage worth with a mind blowing, poweful, rockin’ set which attracted a very large audience. With vocals similar to his father Willie, Lukas showed the family talent with his phenomenal stage presence and wicked guitar skills as well as voice styled for both rock music and country that soared throughout the park. Lukas engaged with his audience and treated us with live versions of Find Yourself, Forget About Georgia, Set Me Down On A Cloud and much more. A live setting is where this band belong so massive thumbs up to BST for having them on the main stage. Full review here

The Great Oak Stage is quite impressive visually with two oak tree replicas at each side of the stage. My only complaint would be it does cause a bit of viewing restriction but I didn’t hear many complaints about it. There were mixed opinions on the separation of ticket holders with the main stage access being broken into Gold Circle, Premium Viewing and General. These separations didn’t apply for the other stages though and it was pretty easy to get a great spot at both Barclaycard and Summer stage which held a high calibre of artists alone.

The viewing platform for accessible needs had a fantastic viewpoint with a lot of ease and space. I hope to touch more on this in a further review during Paul Simon’s day. What I did notice was there were many spaces available, more than I expected and staff were at the ready to bring you refreshments upon ordering.

The overall line up was unforgettable and absolutely spot on! BST know how to mix it up but in a way that each artist will appeal to the headliners audience. Steve Winwood treated his audience with a wide range of his legendary back catalogue and the crowd went wild for Higher Love, myself included. Winwood and his bands instrumental jamming segments were phenomenal and were the perfect setting for a festival environment. Things got heated up during Santana as many of the events fans were there for them. Carlos Santana, still in his prime gave an unforgettable performance alongside his highly talented band who sent the crowd crazy with hits such as Maria Maria and Smooth. The vocalists really got the crowd going and had them all jumping up and down and chanting and with a crowd that large, it made for incredible viewing. The music of Santana is something else live and really fun. Fan or not, you would have been hard pressed to find someone not enjoying the atmospheric vibe that their music set off which again, in a festival environment was perfection. One audience member even said that it was the best set he had ever seen from Santana.

Eric Clapton of course did not disappoint his audience and one thing that I keep hearing is just how much everyone loved the acoustic segment where he performed songs such as Tears in Heaven and Layla. With so many hits under his belt, Clapton catered for all his fans and his unbeatable guitar skills played a huge part of why his set was just so dang good. Known for bringing on fellow festival billed artists on stage with him, Clapton brought on Santana which was a guitar jam match made in heaven. We were expecting the appearance of Steve Winwood but hey ho, it’s not as if that made the set less spectacular.

Despite being such a hot day, there was an infectious atmosphere floating around the park with music fans of all ages. The layout was easy to follow with the Summer Stage being right next to the gate 10 entrance so Festival goers can catch live shows right away. Various bars and food outlets were scattered across the park for all food and dietary needs. The merchandise tables were always incredibly busy, forming queues that seemed to be never ending but with the wide choice of merchandise available, it was hardly surprising.

With an event of this size, one thing I found very helpful were the pathways surrounding the Great Oak Stage that were left unblocked. Despite the occasional human traffic Jam, the paths were not meant for people to stand and watch music but simply for access and everyone appeared to stick to this rule which made for a quick run back and forth to not just various stages but for food, drink and toilets too.

Near the Barclaycard Stage were fun fair rides and charities such as MSF were in attendance raising awareness for the hard work they do bringing medical aid where it is needed most such as conflict zones, natural disasters and epidemics. https://www.msf.org.uk/about-us

BST has truly become the go to event of the year for many and I for one sincerely hope they continue to showcase country and americana music amongst their unbelievable headline acts. Country music in the UK will continue to be on the rise if festivals follow in the footsteps of BST.