Kiefer Sutherland: Down In A Hole
Warner Music Nashville/Ironworks Music

Momentum continues for Kiefer Sutherland’s music career and debut album DOWN IN A HOLE with an upcoming performance of his new single “Can’t Stay Away” on ABC’s “The View” Sept. 21. DOWN IN A HOLE, a passion project chock-full of 11 co-written tracks by Sutherland, charted on Billboard’s Top Country Albums and Billboard’s Americana/Folk Albums charts. Sutherland is also on the cover of upcoming cover issues of Guitar Aficionado and Goldmine Magazine. Sutherland will be playing select dates this fall with more to be added soon (tour dates below).

Sutherland is everywhere as he promotes DOWN IN A HOLE and his new ABC series “Designated Survivor” premiering Sept. 21 at 10/9c. Sutherland is presenting at the Primetime Emmy Awards Sept. 18; appearing on “Jimmy Kimmel Live!” Sept. 19, “Good Morning America” and “Live with Kelly” Sept. 21. Recently, Sutherland performed “Can’t Stay Away” on “Jimmy Kimmel Live!” and premiered his music video on CMT’s Hot 20 Countdown (click here to watch).

“Kiefer Sutherland…slows down and unwinds on his debut album, a collection of 11 rough-edged country songs…The album has an unexpected, unvarnished authenticity that is pleasant, if sometimes familiar.”
– Jill Lawless, Associated Press

“Kiefer Sutherland’s new album DOWN IN A HOLE casts the popular actor in the role of talented songwriter/musician, something as unexpected as a 24 plot twist. His voice and original material are strong, begging the question, “Kiefer, what took you so long?”
– Mike Ragogna, Huffington Post

“The perfect soundtrack for your Americana, dive bar road trip, “All She Wrote” starts off with an intro that would sound right at home during the duel scene in a modern western. Sutherland’s gritty vocals overlap electric guitar and crashing drums…”
– Kat Harlton, Lithium Magazine

“This record is the closest thing I’ve ever had to a journal or diary. All of these songs are pulled from my own personal experiences. As much as I have enjoyed the writing and recording process, I am experiencing great joy now being able to play these songs to a live audience, which was something I hadn’t counted on,” Sutherland said of DOWN IN A HOLE.

Sutherland recently wrapped up a North American tour where he sold out venues across the U.S. and Canada. Additional dates for this fall will be announced soon.

DOWN IN A HOLE TRACK LISTING:
Can’t Stay Away
Truth In Your Eyes
I’ll Do Anything
Not Enough Whiskey
Going Home
Calling Out Your Name
My Best Friend
Shirley Jean
All She Wrote
Down In A Hole
Gonna Die
Goldmine Magazine & Guitar Aficionado covers (on newsstands now): 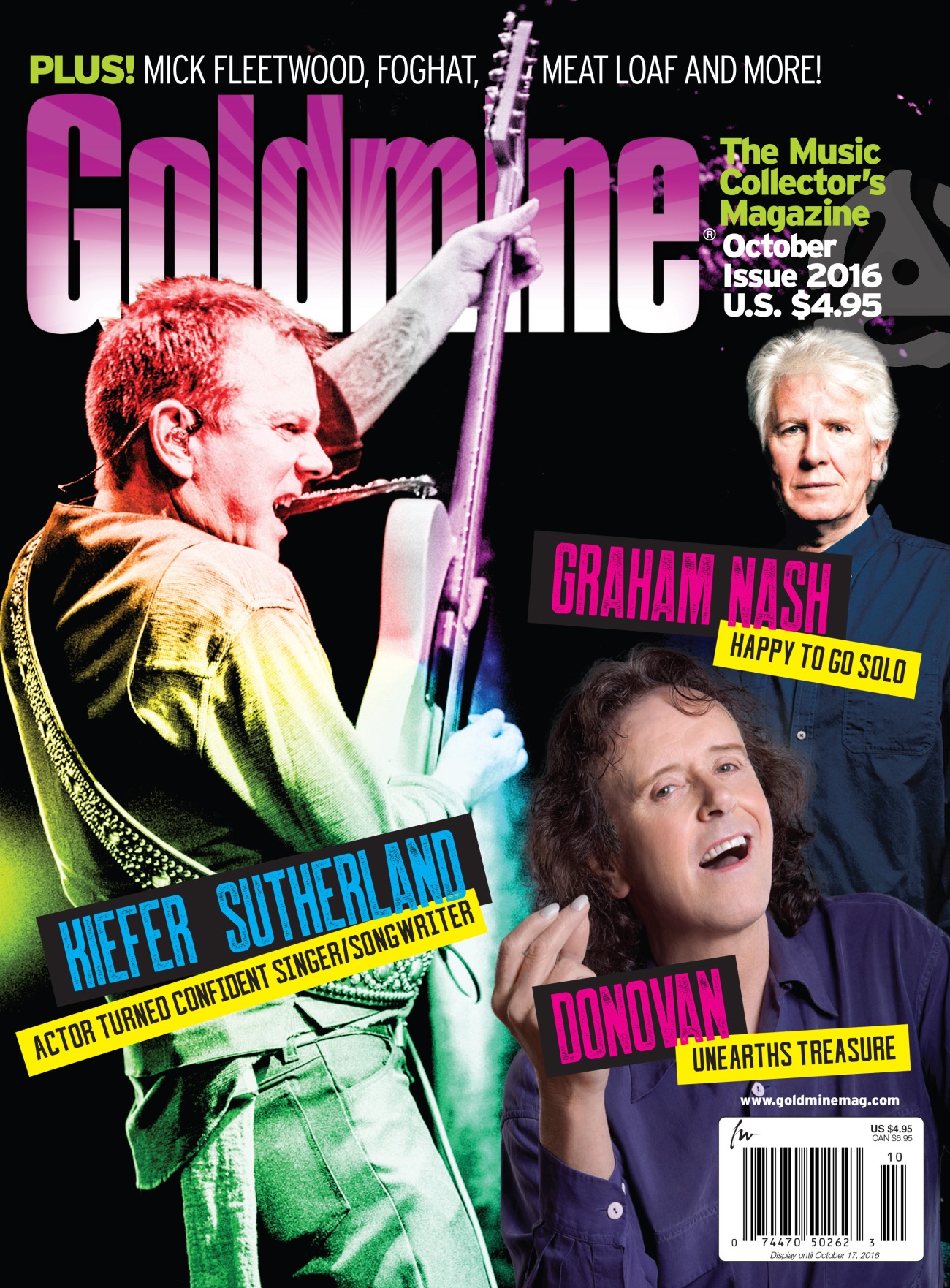