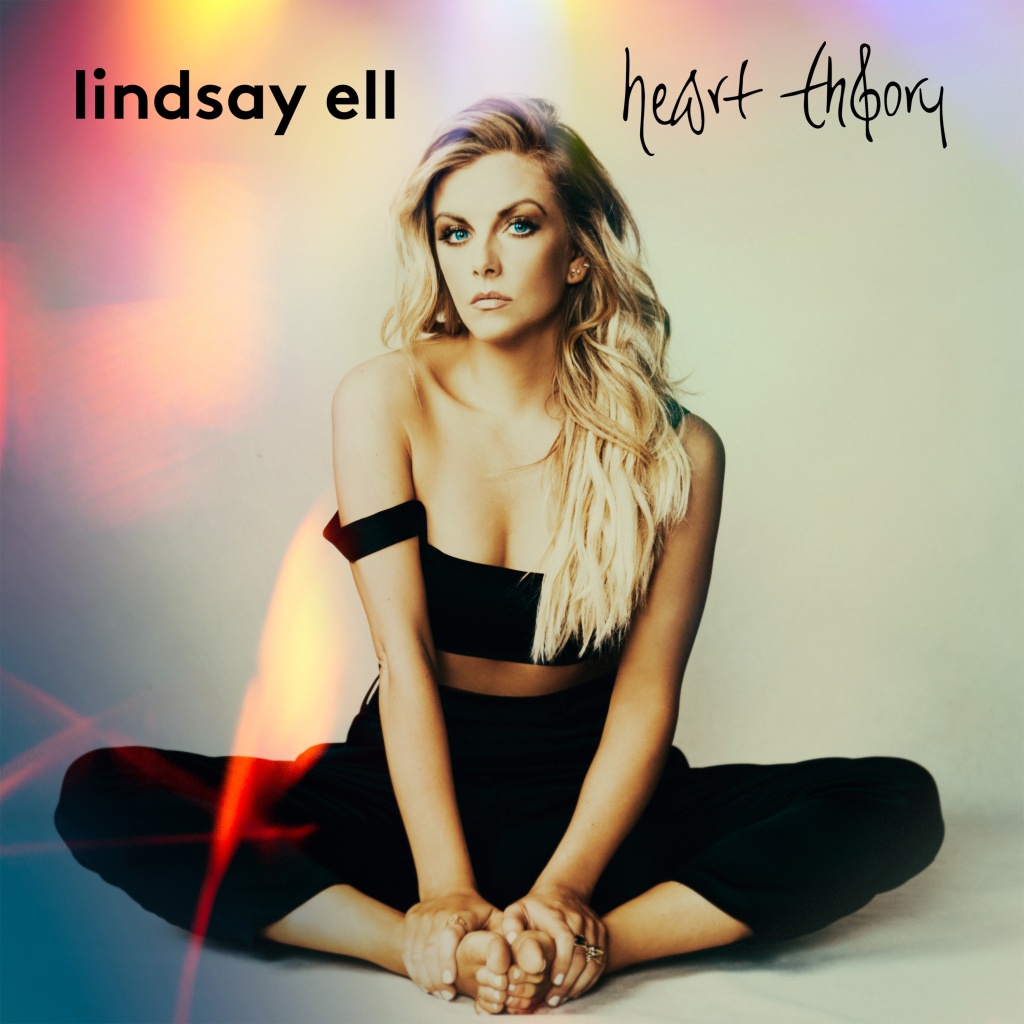 Having an artist such as Lindsay Ell release honest music about her experiences isn’t just brave, it is also in many ways a necessity. As women we are often told to keep things quiet and if we don’t then we are trouble makers, attention seekers, liars or tagged as something else. It’s sad that in some ways we have to rely on someone in the limelight to make us feel less alone but at the same time it is great to have that. These stories that Lindsay shares no longer become just her stories but many other people’s too and that’s what starts a healing process. It is important to make people realise they aren’t  alone in their issues or traumas . This is why this kind of deep, raw and honest lyricism is so so important.

There is a lot about heartbreak on this album as the albums title (Heart Theory) would suggest. The album isn’t particularly melancholic though which kind of makes it ok to have a broken heart; ok to sing about it, feel a bit angry about it, get all those emotions out and celebrate the music and heal.

Kicking things off with the upbeat and somewhat Jazzy Hits Me, the mood you get from this album is a positive one as said above, not sonically melancholic. The toe- tappin’ tune puts a positive spin on a break up to try and get out there and move on. Obviously things aren’t going to go away completely as triggers happen, things hit you and you’re down again but you have got to try and pick yourself up.

How Good is a fun sounding tune which as many on here are is very single worthy.

Get Over You is probably a favourite for me. Again, sonically not somber but the lyrics cut deep. The confession of therapy, a thing that people too often assume means you “need help“ when in fact it’s just good to talk to someone without the fear of burdening them. The chorus has a really nice vocal riff to it. Lindsay is getting better and better each album vocally and of course we LOVE her guitar solo’s in every song.

The Other Side is also another confession to therapy. The melody of this song is sensational and with wicked guitar riffs and also slightly jazzy. I like this side of Lindsay a lot. Smooth Jazz and cool.

I Don’t Love You is a more country sounding song. A more down tempo tune with a lot of raw emotion that you can really feel in Lindsay’s vocals.

Wrong Girl  Is a great message about self worth and knowing how not to be treated.

Want Me Back brings another more country feeling tune. This song is quite radio fitting and is understandable why was chosen as a single. The track was #1 most-added at Country radio in its debut week and continues to climb.

Body Language of a Break Up is a very catchy tune and a song perfect for country radio. Its up beat melody is wonderfully memorable.

Go To is more pop country and so far my least favourite on the album BUT it is still good and in no doubt a grower.

Ready To Love Again is one of those tunes that scream “live music” which of course we all miss desperately. With the sublime instrumentation throughout this album, I truly hope we get to see Lindsay perform this album with a full band. All those jazzy notes and slick guitar sounds. It would be one heck of a show.

Good On You must have been a painful song to write. Writing about a break up is hard  enough but writing about the other girl even harder. More often than not you become more obsessed with the other girl than the ex (think Girl Crush by Little Big Town)  but in this song it seems a bit of both and the fact someone you were in love with can move on so quickly and barely if not at all grieve the relationship they had with you. This is something I think many women and men too perhaps can relate to. The painful truth in the lyrics of despite knowing you weren’t going to be forever it is still hard to accept that someone can move on and be so happy so fast without you.

Make You written with Brandy Clark is the most heart breaking ballad on the album sonically and lyrically and the most country sounding song off of the album. This track also really shows the beauty within Lindsay’s vocals and it is a true country ballad that is likely to be timeless. This song is easily another favourite. The emotion in the vocals is beautifully painful to listen to and I see it really placing her as a most respected artist in the industry. Recently Lindsay made a very strong and very brave confession to being raped and sexually assaulted and this song is her story. It’s incredibly hard to listen to but as mentioned at the beginning of this review it’s also an important story that needs to be shared and will help so many people. This must have been the toughest song to write and I think Brandy Clark was the perfect choice to help her bring out that truth so tragically beautifully. The lyrics speak about how these awful events make you hate yourself, make you feel dirty and guilty which is so true and is why so many victims rarely tell a soul. I hope this song helps victims seek help and realise by listening to these lyrics that it is common to feel those feelings and maybe then more people can get the help they need and deserve. Too long have women felt they can’t speak up and need to stay silent because of trouble making or because someone says “oh but that’s just who they are” or you think no one will believe you. Please listen to these words and let Lindsay be the inspiration you need.

I am really loving the production of this album from Dan Huff (who also contributed to a lot of the instrumentation) and the direction Lindsay has chosen sonically as it really suits her. Heart Theory is her most mature, real, raw and promising album yet. I think she suits a lot of genres but this album really seems to showcase her endless talents. She has also teamed up with some great songwriters such as Kelly Archer, Laura Veltz, Jessie Jo Dillon and Brandy Clark to name a few.

We need to break this mould of women not wanting to hear women and women not being played on the radio and artists such as Lindsay Ell will hopefully bring that change. Women are killing it with these honest albums right now. Take Folklore by Taylor Swift as a great example. We want truth not trucks and beer. And whilst those types of songs are needed for a good time every now and then, we want reality too.

A must have album for anyone who simply loves music and can appreciate the beauty of an honest lyric.