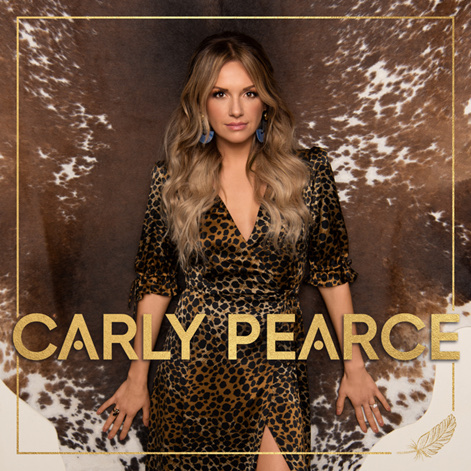 “So much has happened to me in the last few years. My fans have changed my life and given my music a home in this world. I grew up, let go of things that needed to go, fell in love, fell on my face, went through some hell and found ‘Carly’ fully for the first time EVER. I’m so excited to announce my sophomore, self-titled album will be released on VALENTINE’S DAY!!! This record is dedicated to my late producer busbee. It’s the last full record he made and one that I am so very proud of – Thank you for bringing these songs to life. I can’t wait to honor you and hear/see how people connect to what we created.”

Born into the Bluegrass brawn of Kentucky, Carly Pearce has never known a moment that Country music wasn’t her destined path. At 11 she began touring and at 16 quit high school for a job performing at Dollywood. Since, she’s defied odds with her No. 1 debut “Every Little Thing” – the highest charting solo female debut since July 2015 and one of only three women to accomplish this feat the last decade. Her blockbuster ballad steered a chart-topping trifecta on SiriusXM’s The Highway as slots on major tours with Blake Shelton, Rascal Flatts, Luke Bryan and Jason Aldean ensued for “Country’s ‘it’ girl” (ABC Radio). She won the 2018 CMT Music Awards Breakthrough Video of the Year and a Radio Disney Music Award for The Freshest! – Radio Disney Country Best New Artist, plus is currently nominated for CMA Awards New Artist of the Year. A loyal advocate of Country music’s legacy and future, Carly has celebrated 70+ invitations to perform at the Grand Ole Opry and partnered with the Country Music Hall of Fame® and Museum on Unbroken Circle: Exploring Country Music History with Carly Pearce. She penned her new duet with Lee Brice, “I Hope You’re Happy Now,” alongside Luke Combs, Jonathan Singleton and Randy Montana. For a full list of tour dates and more, visit  CarlyPearce.com and follow along on Facebook, Twitter and Instagram.