Interview: Willie Jones talks to Bryony before his first ever UK Show

Have you ever met an up and coming country star who’s more than happy to admit they’re a Drake fan? Well, meet Willie Jones – the coolest man to hit the genre in a hot minute.

Before Willie’s gig supporting Michael Ray in London last Tuesday Building Our Own Nashville sat down with the Louisiana boy to find out about his music, vibe and plans.

And what a month he’s been having! As well as appearing as the face of Breakout Country on Spotify and coming to the UK for a run of shows, the singer released his newest track Whole Lotta Love.

‘The new single is just a love song, it comes from real life and is about having somebody who loves you through thick and thin- something that’s unconditional,’ Willie told us.

Playing down his talent for writing a catchy tune which perfectly expresses feeling unbelievably grateful to be loved, Willie revealed he wrote it in a day alongside producer Shaun Cook.

Willie said: ‘The vibe was so good when we were in studio. The chords and chorus is like a walk up and theres so much energy in it – so it came about pretty quickly.

‘Me and Shaun write a lot but I work with a lot of crazy people in Nashville and Los Angeles, I’m not really that picky when it comes to people so long as they have a good vibe I’m down for it.’

And it’s Willie’s willingness to play with sound and experiment with genres that makes his unique sound so memorable and interesting to sing along with (shout out Bachelorettes On Broadway).

The singer expertly blends comfortable country melodies and themes with a hint of hip hop and some R&B, something which he says came naturally to him.

Willie explained: ‘Mixing genres is something that organically happened. I was in a talent show when I was younger and we had to sing a country song.

‘I tried to find the perfect song and came across Josh Turner’s Why Don’t We Just Dance and since then I’ve listened to country music.

‘Since I was 15 or 16 I knew I wanted to sing country and being influenced by hip hop and R&B, it’s something that just happens and I feel like I merge genres together just really effortlessly.’

With all this talk of difference, Willie is quick to point out that really it doesn’t matter what label is put on the sounds but it comes down to having an ‘appreciation for music’ with feeling.

He said ‘Y’all [British country fans] have a great appreciation of music and I definitely respect that.

‘So long as the music is good, and whether it’s sang with a twang or signing about backroads and home towns it’s something that you can relate to.

‘And that’s why I feel like music crosses all boundaries and even genres, and the fact I’m doing country is just something that just needs to be done.’

Listening to Willie’s lyrics reveals he’s a family man – or as he admitted on stage with his hype man Kermit ‘a real momma’s boy’ – and perhaps the song which reveals this best is Lead Me Back Home.

Willie said: ‘My music is pretty personal, I’ve got a lot of drinking stories and a lot of love stories.

‘But my family is my everything. Family is something you have to hold near and dear to your heart and just appreciate it – even when it feels like your family is doing too much or being too extra, but it’s something I’ve been blessed with.’

Authenticity and speaking from his heart is a standout in Willie’s music and something key in his vision of country.

When asked what he thinks makes country music different he said: ‘People in country are so relatable, lots of artist don’t put on facades and sell dreams and lies – they just tell honest stories.’

Next year is also shaping up to be a stellar one for Willie, he’s got a run of shows on the American West Coast and has also been announced on the lineup for Stagecoach Festival in California.

As for a return to the UK, he’s keeping his cards close to his chest but did say he’d love to watch some of the C2C shows if he gets the chance.

Willie said: ‘C2C is going to be a great one. Abby Anderson I’m really excited about her and I Darius Rucker, Old Dominion, Luke Combs – the names keep coming.’

But 2020 will also mark Willie’s first full-length studio album, which he’s ‘really excited’ about sharing with the world – now he’s finally come up with a name.

He said: ‘I was driving the other day and the name popped into my head and I’m really excited about that because I was trying to think of one for so long and I’ve finally got it.

‘And there’s going to be a remix of Down For It with a very special guest – I’m very excited about that one.’

So what is the title? Willie tells us: ‘It’s two things that everybody has.’ Intriguing …

As he prepares for releasing the album, it’s clear Willie has come along way since performing Josh Turner’s swooning hit Your Man on The X Factor back as a teenager in 2012.

Speaking about his time on the show Willie said: ‘It was a really cool experience and I met some of my closest friends there.

‘It was so fast paced and was fresh out of high school and next thing you know I’m in front of thousands of people on stage performing to millions watching on TV.

‘It was a great time and I cant wait to run into Simon [Cowell] again in LA and be like “HEY I’m still here, still singing”’

In the years since X Factor, Willie said he’s more ‘rounded out now as far as blending genres’ and being comfortable in his sound.

He explained: ‘Back then I wasn’t doing much original music and since I’ve been collaborating with people and getting closer to finding myself – now I feel like I’m there.’

Jones has been a massive hit on his first ever UK shows and we truly hope that he returns to the UK really soon. Hopefully for C2C Festival and we look forward to that debut album. 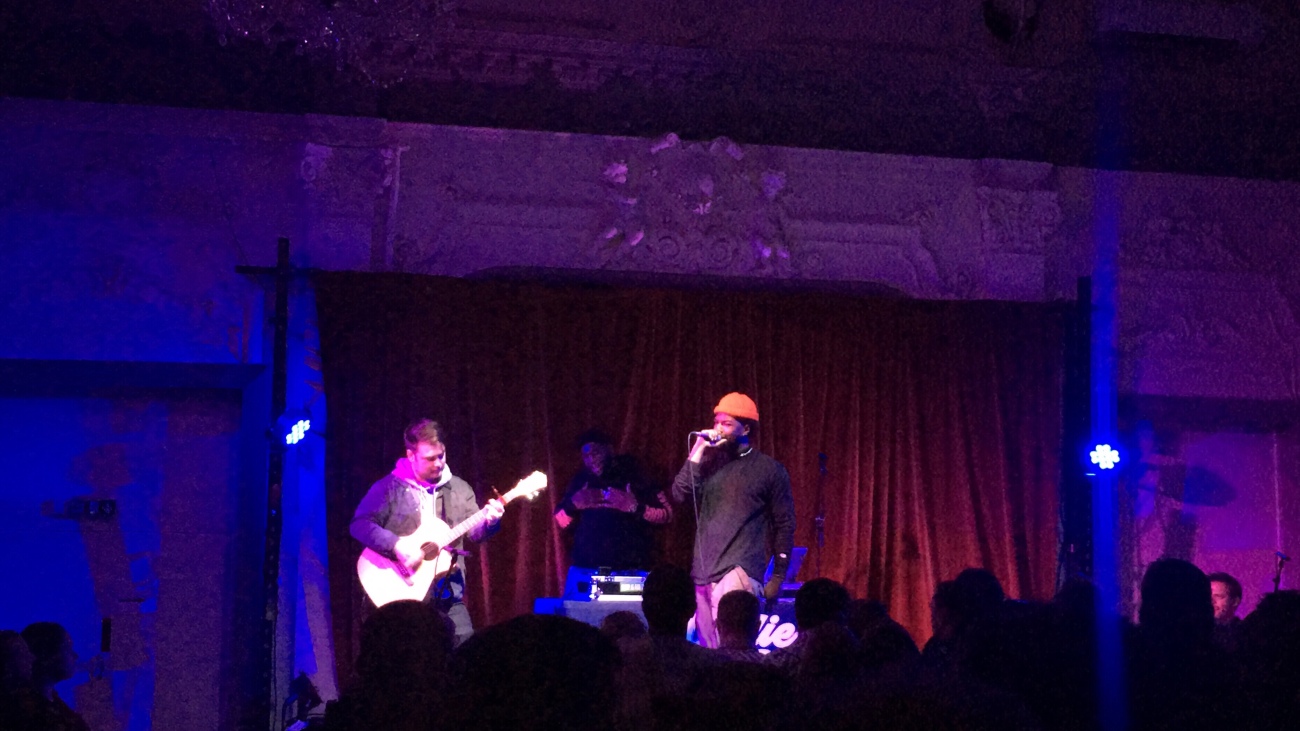