WILDWOOD KIN SHARE THE NEW SINGLE ‘ALL ON ME’ 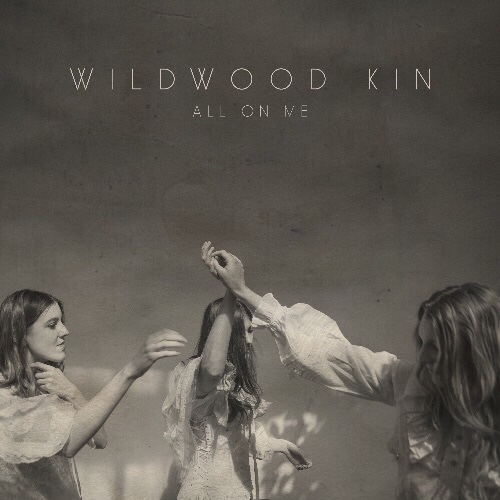 “A band who has arrived on the scene with a bang.” – Wonderland.

“There’s a drive, a crunching sense of abandon that litters every song they place their name against.

Three musicians with a taste for ambition” – Clash

“Wildwood Kin arrive… fully formed and primed for the mainstream.” – The Guardian

Wildwood Kin’s recent singles have captured two sides of what to expect from the release of their self-titled album on October 4th. From the haunting drama of ‘Never Alone’ to the elegant hymnal ‘Beauty In Your Brokenness’, it’s a collection that’s shaping up to confirm their ascending status.

The acoustic-rock family band continue to evolve in fresh new directions by sharing their new single ‘All On Me’. Opening in stripped-back style which places the focus on their luscious, tightly crafted vocal harmonies, the song’s instrumentation gradually builds until it erupts into a rousing crescendo. It’s an approach which accentuates the unifying message of the song’s lyrics.

Wildwood Kin commented, “This is a song about faith, sharing burdens, trust, identity and worth – knowing that there’s someone or something out there who loves you and who’s ready to support you through hardship. It’s about letting go of believing it’s all up to you to carry the weight of life’s struggles, and allowing someone to share that load with you.”

‘All On Me’, ‘Never Alone’ and ‘Beauty In Your Brokenness’ are all available as instant downloads for fans who pre-order the album. Released via Silvertone Records/Sony, it will be released on CD, vinyl and digital/streaming formats. The band’s official store also offers an exclusive signed CD.

Wildwood Kin are comprised of the Key sisters Emillie (guitar) and Beth (bouzouki) along with their cousin Meg Loney (drums). It’s a truly democratic band, with each member having an equal amount of input.

Their enthralling journey commenced with the release of their debut album ‘Turning Tides’ in 2017. Radio support from Radio 2 and BBC Introducing soon followed, and the band’s renown grew with the help of majestic live performances at Glastonbury, Radio 2 Live in Hyde Park and a Teenage Cancer Trust benefit show at the Royal Albert Hall. 20 million streams later, they’re on the cusp of rising to the next level.

They’ll follow the new album by embarking upon a UK headline tour throughout November and early December. Highlights include at London headline show at Omeara as well as a homecoming date at The Lemon Grove in Exeter. Please see the Wildwood Kin website for ticket details.