THE LUMINEERS new ALBUM ‘III’ is now out

Heartfelt, personal, confident, moody and dark in places the Lumineers have come up with a cracker of an album. The concept album lives, with all tracks having their own video to tell the story in three parts. Wesley Schwartz and the crew are on fine form and all Lumineers’ fans will love this. The launch press release is below. BOON first listen verdict **** 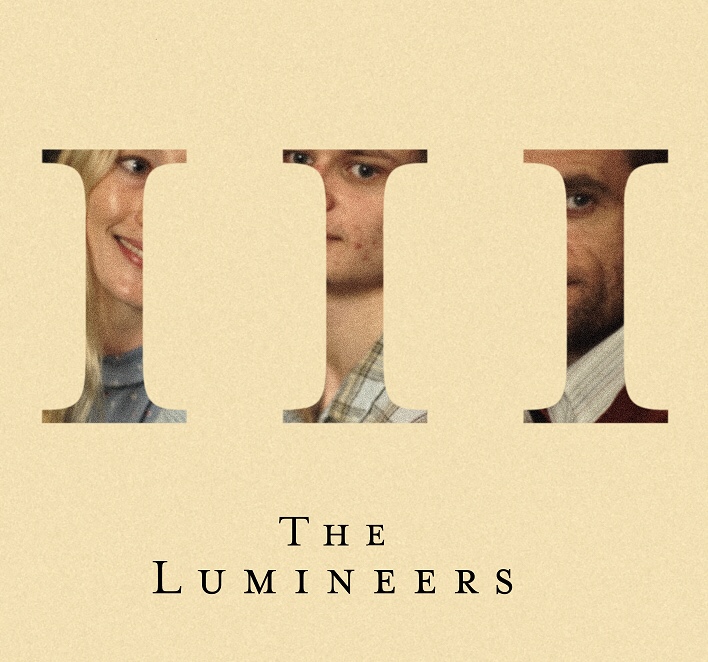 The album is a cinematic narrative told in three chapters, with the songs from each chapter focusing on one primary character from the three generations of the fictional Sparks family. Each chapter sits within the full-length album, alongside three bonus tracks.

The stories told, as the chapters unfold, deal with subjects very close to the heart of lead vocalist, Wesley Schultz. Chapter I ‘Gloria Sparks’, was inspired by a member of Schultz’s family. “Gloria is an addict and no amount of love or resources could save her. She’s now been homeless for over a year. Loving an addict is like standing among the crashing waves, trying to bend the will of the sea.”

Subsequent chapters focus on Gloria’s grandson Junior Sparks (Chapter II), and then finally the harrowing story of her son Jimmy Sparks (Chapter III), which sees him spiral out of control through drug addiction, alcohol misuse and violence following the death of his wife.

Each song from The Lumineers’ new album will also be released as a music video that collectively tell the story, visually, of the three generations of the Sparks family. All the videos are directed by Kevin Phillips (Super Dark Times, Too Cool For School) and produced by Neighbourhood Watch.

The Lumineers’ unique blend of folk and rock, paired with their thought-provoking lyrics and Schultz’s distinctive and spine-tingling voice, has earned them legions of dedicated fans across the world. ‘Gloria’ is an upbeat and striking album centrepiece, whereas ‘Jimmy Sparks’ twists and turns lyrically as the song builds, taking the listener on a journey as Jimmy’s gambling habit spirals out of control. It is the ability to experiment with different musical techniques with such craftmanship that really sets The Lumineers apart. Schultz also wrote a variation ‘Jimmy Sparks’ called ‘Nightshade’ which features on the soundtrack for the final season of Game of Thrones.

Choosing to end the final chapter with ‘Salt and The Sea’ sees the band at their most authentic sonically. It’s clear that not only Schultz, but the entire band, have poured themselves into creating this captivating and deeply personal body of work, and the results are there to be seen.

‘III’ is the third album by two-time GRAMMY-nominated band The Lumineers, whose line up is original members and songwriters Wesley Schultz and Jeremiah Fraites plus violinist/vocalist Lauren Jacobson, pianist Stelth Ulvang, bassist/backing vocalist Byron Isaacs and multi-instrumentalist Brandon Miller. III follows two platinum albums, their self-titled triple-platinum 2012 debut, and their second album, ‘Cleopatra’, released in 2016, which hit No.1 in both the UK Official Album Charts and No.1 on the Billboard Top 200 in its first week of release.

4. It Wasn’t Easy To Be Happy For You

5. Leader Of The Landslide