O&O SET FOR HEADLINE LONDON SHOW AT THE FINSBURY 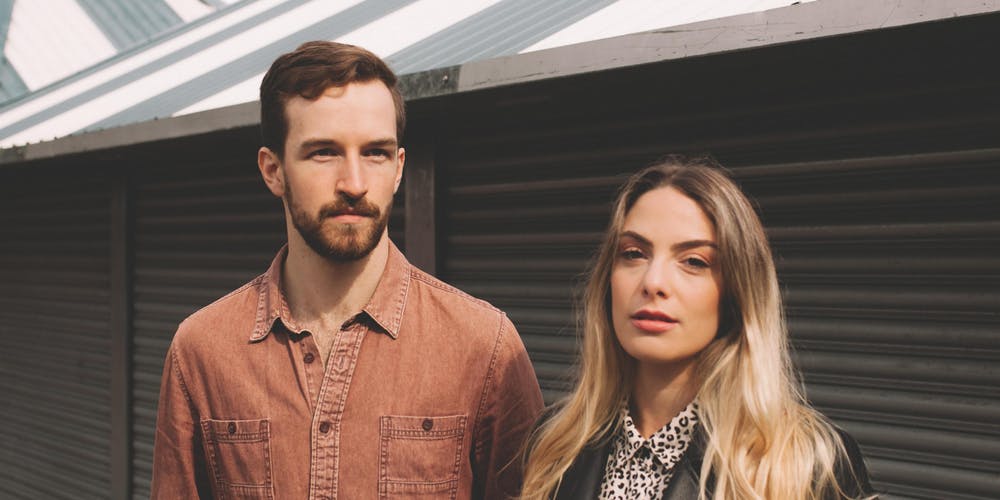 Fresh out of the studio creating material for their forthcoming EP, American-Israeli duo O&O are set to headline The Finsbury, London on 7th November with support from Martha St Arthur and Joe Martin. More details on all acts performing below.

Tickets for the shows are available for free here.

O&O are comprised of Colorado-native, multi-instrumentalist and vocalist, Obadiah Jones, and Israeli vocalist, Orian Peled. “The shared dream of a career in music led us both halfway across the world to the classrooms of Paul McCartney’s Liverpool Institute for Performing Arts (LIPA), where we met for the first time.” While performing together in various projects during their three-year course, O&O established their deep connection as a songwriting partnership and were awarded the unique opportunity of a one-on-one songwriting session with Sir Paul.

With the release of their first three singles and debut EP, American-Israeli duo O&O garnered the attention of Chris Country Radio, Richer Unsigned, UK country radio, notable country music blogs in the UK and across the pond, gaining features on Nashville’s The Boot and The Bluegrass situation. The duo have made their presence known on the live music circuit, with performances at C2C, Cambridge Folk, Wood Festival, Buckle & Boots, and the inaugural Black Deer among others. With live BBC radio performances across the country, the release of their debut EP ‘Truth Comes Out’ to a hugely positive critical response and distinctive harmonies, it’s safe to say this London based Israeli-American duo have begun to make their mark.

If country music’s all about life inside America, Martha St. Arthur’s modern Westerns are all about life outside it. Raised in the badlands of England’s deep South in an identikit commuter town, her early influences were from Hollywood’s 1990s global sprawl: hedonistic party pop, paint-by-numbers rom-coms and Singstar symphonies. Now under the altogether more benign influence of Laura Marling, Brandi Carlile and Paul Simon, her punchy alt-county is preoccupied with politics, little England and the reality of life in the final years of liberal democracy. Contrary to lyrical indications, she’s actually quitea cheerful person.

Joe Martin is a singer songwriter based in the north west of England, and his story-telling writing style rooted in the country genre has seen him perform his own songs to audiences all over the world including the home of country music itself; Nashville Tennessee. Joe has always loved country and American folk music, growing up listening to artists such as James Taylor, Glen Campbell, Joni Mitchell and Bob Dylan. It was only after stumbling across artists such as the Civil Wars, Chris Stapleton and more recently Jason Isbell and Brent Cobb did Joe realise Americana was alive and kicking!

After also being largely inspired by the American TV show, ‘Nashville’, it was a humbling moment when Joe was asked to perform at the pre-eminent Bluebird Cafe.

“The night I was at the Bluebird, a young Englishman with a rich voice named Joe Martin seemed primedfor bigger things” – Jeremy Egner, New York Times

Nashville had a lot in store for Joe, from meeting one of his idols John Paul White, to writing withGarth Brooks’ guitarist, Johnny Garcia and Dave Cobb’s in-house songwriter Aaron Raitiere at RCA studios. Joe gigs extensively around the UK and has recently performed at venues ranging from Liverpool’s Cavern Club, to the Royal Concert Hall in Glasgow. He has released three singles over the past twelve months to much acclaim, recorded with the backing of The Champs of ‘Danny and the Champions of the World’.

To find out where Joe is performing, you can find more info at

“Joe Martin is an artists who knows who he wants to be and has a voice of his own, a rare original glimmer in a sea of Nashville wannabes” – Six Shooter Country