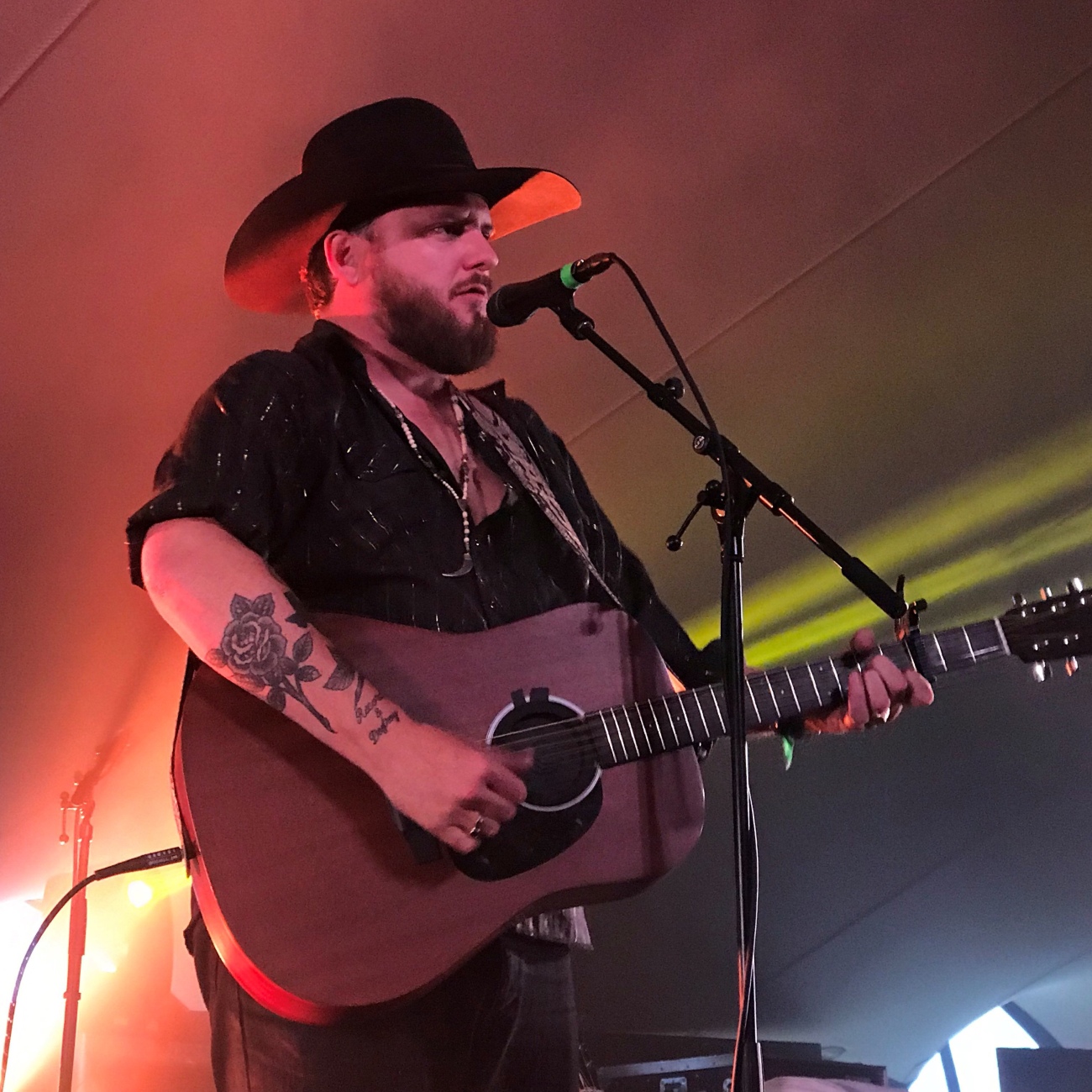 BOON had reviewed Paul Cauthen’s show at London’s Slaughtered Lamb days before his Black Deer set so we were compelled to see him again.

The atmosphere Cauthen whipped up at Black Deer was incredible. A man possessed, Cauthen and his band ripped through a 13-track set, took no prisoners and made a lot of new fans.

At Black Deer Cauthen was loud, ferocious and committed. This was a notch up from his show in London. The intensity was intimidating. Sneering and strutting to excess, Cauthen spat out his words like a cobra. This was strong stuff.

Cauthen took dancing whilst playing the guitar to the limit, a couple of times almost overbalancing. He was not to be denied. He was to give the crowd the most committed performance that they would see at Black Deer. 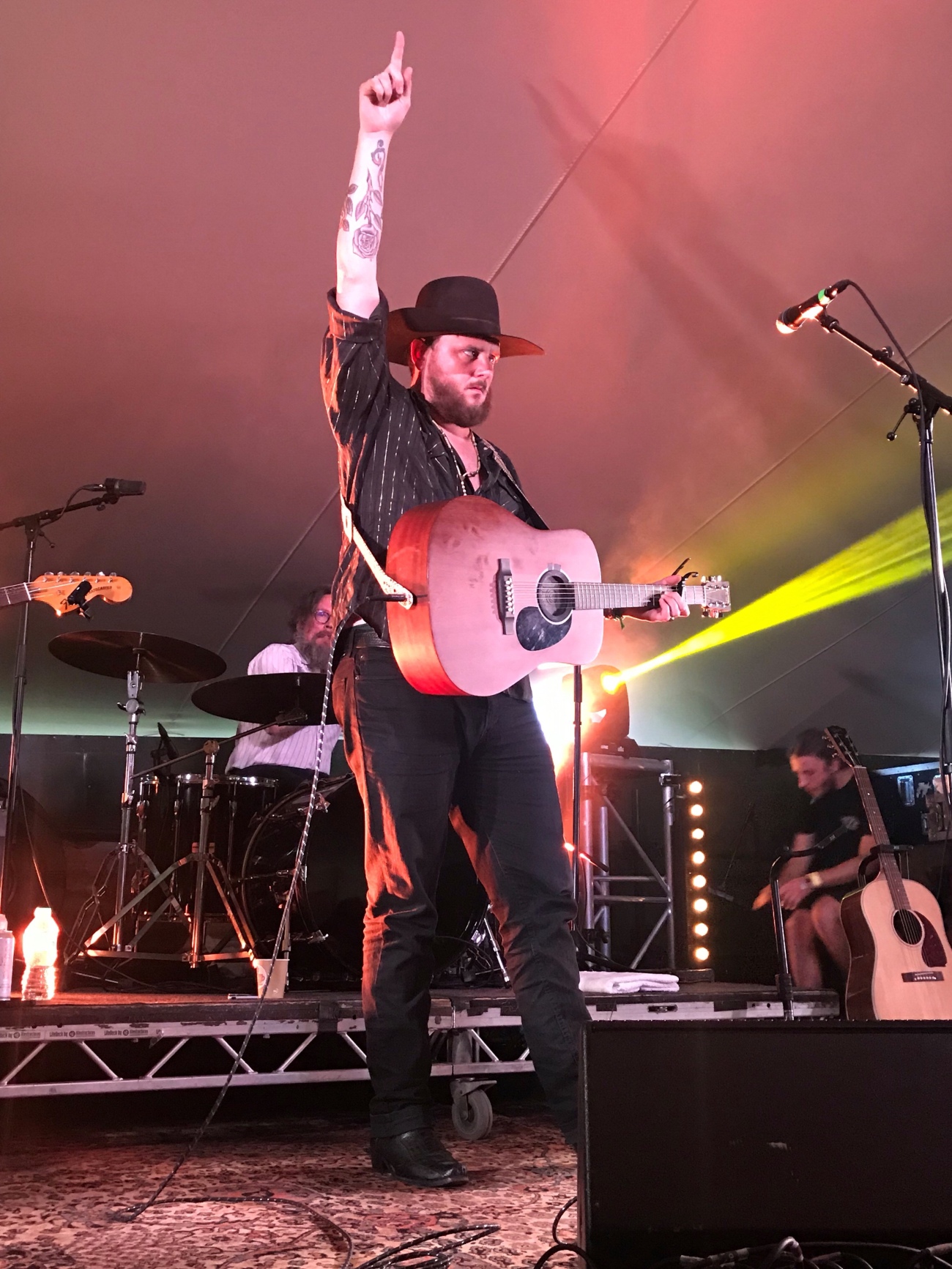 Handing out a couple of beers and a bottle of wine to people in the crowd, Cauthen gave his message: “Stop the politics. Just be kind to each other.”

He began with the powerful Holy Ghost Fire, from his next album, and Still Drivin’ from his 2016 debut. My Gospel led into Have Mercy and Saddle. There was no let up until the country ballad She’s Gone and back to the uptempto with Resignation and My Cadillac.

Finishing with Hanging Out On The Line and the new single Cocaine Country Dancing (watch the video) Cauthen left the crowd almost as breathless as himself.

This was one hellova show. He is hellova singer. There is no compromise. Check out Cauthen’s new album Room 41 due for release September 6th.