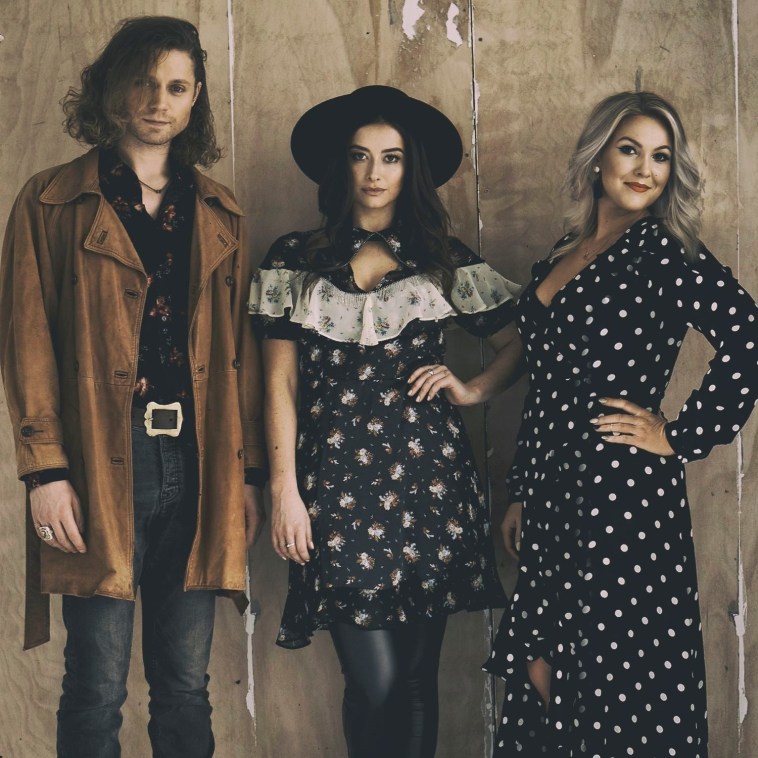 The Wandering Hearts (TWH) have had a couple of busy weeks performing at the CMA Festival in Nashville and at the Black Deer Festival end of June.

Tonight they opened up for Lukas Nelson, performing 9 songs in a 40 minute set.

Joining Tara, Chess and AJ on stage was guitarist ‘Julian’ and Double Bass ‘Lee’.  For me it is always a highlight when Lee plays the Double Bass as I feel it compliments their harmonies perfectly.

Without disappointment TWH opened their set with their signature concert starter ‘Fire & Water’.

Burning Bridges was next and this is definitely a highlight with the double bass and it sounded great inside the O2 Shepherds Bush.

TWH already have a great catalogue of songs from their EP’s and Deluxe version of ‘Wild Silence’ album, making it impossible to choose 1 particular song as a favourite, but one of mine is ‘Nobody’s Fool’, so i was thrilled to hear this live again.

TWH then performed a new song they have been working on which I first heard back in Cambridge in March, called ‘Your Love Hurts’  such a great song if this makes the second album it is going be a hit.

What happened next I was not expecting, TWH performed another new song, this was co-written with the guitarist Julian, and is called ‘Gold’ and it is an absolutely brilliant tune.

‘Wild Silence’ and the lively ‘Rattle’ followed which got the crowd dancing and singing along.

TWH then finished their set with their signature tune ‘Devil’ before leaving the stage to a loud round of applause.

You can catch the Wandering Hearts at the following concerts:

12th July at Mouth of the Tyne Festival with Jack Savoretti.