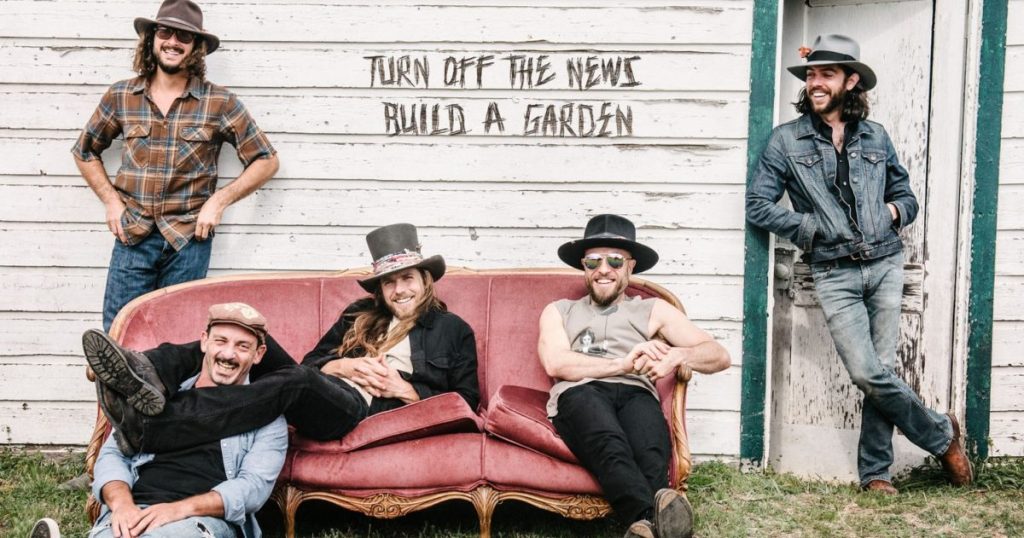 Last week, Lukas Nelson & Promise Of The Real premiered “Turn Off The News (Build A Garden),” the poignant and timely title track from their highly anticipated new album — out June 14th, 2019 on Fantasy Records. The uplifting and emotional song, with backing vocals from Sheryl Crow, is a message of hope, positivity and activism. “We’re trying to encourage a lifestyle where people can be active in their local communities, and do something constructive, rather than glued to a device,” said Nelson. “It’s really about living your life with your heart leading the way.” Watch the official lyric video HERE and see the Pitchfork premiere HERE.

Inspired by their keen interest in the environment and association with organisations such as Farm Aid, the band has launched a video series called “Good News Garden,” encouraging fans to share their stories of hope, community gardening and local activism. In each new episode, their favourite letters will be read from the road via video. Fans whose submissions were chosen will receive special seed cards and other promo items. Watch the first “Good News Garden” episode HERE.

Lukas Nelson and Promise of the Real last week achieved two triumphant career milestones, opening for The Who at Nashville’s Bridgestone Arena followed by their first-ever headline performance at Nashville’s legendary Ryman Auditorium, which sold-out instantly.

Pre-Order Turn Off The News (Build A Garden) HERE

Lukas Nelson & Promise of the Real on tour:

Tagged as: Lukas Nelson & Promise Of The Real