Interview: The Wandering Hearts on their time in Nashville, what song of theirs their families enjoy most, who they want to write with and more 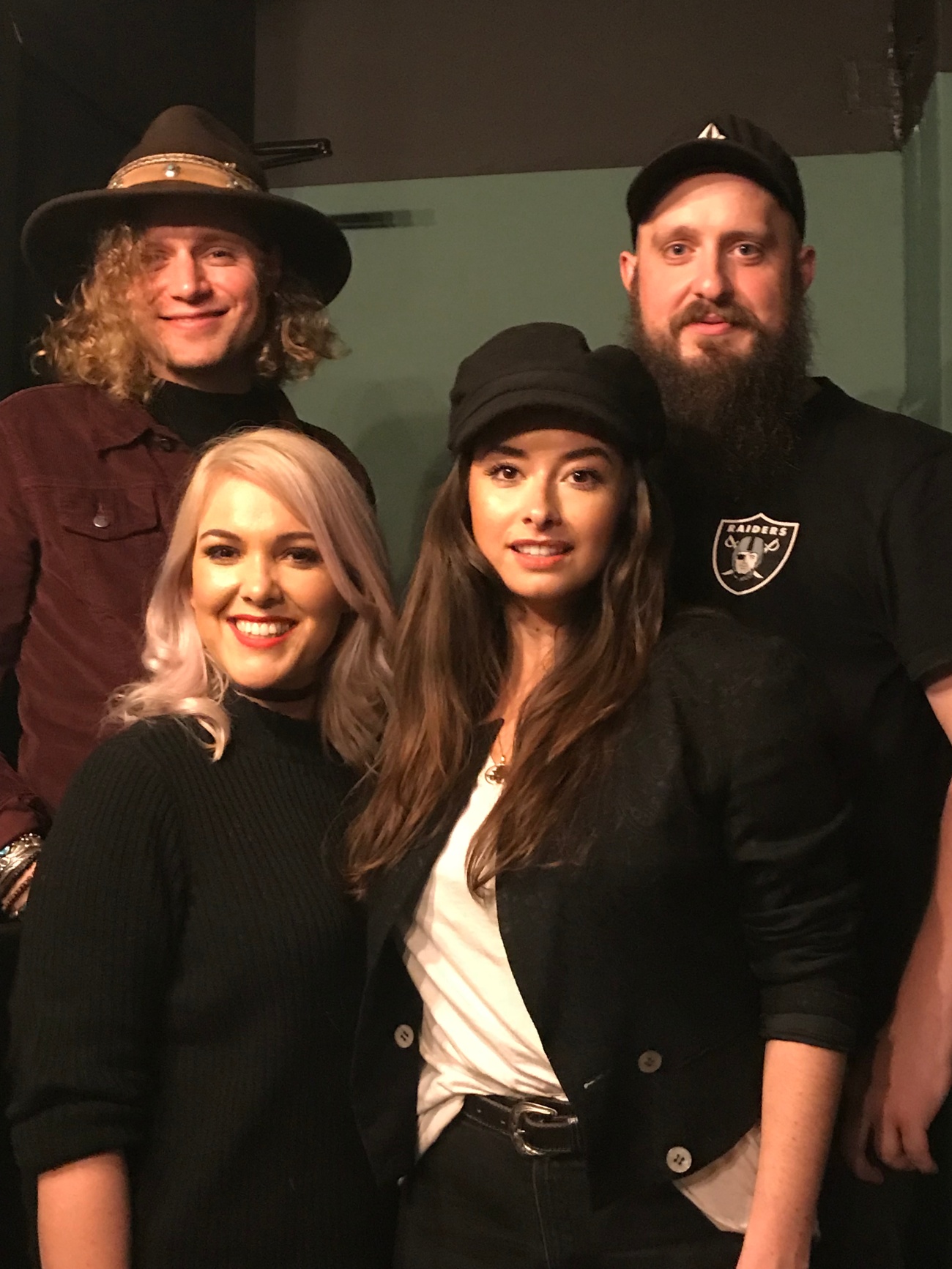 British vocal group The Wandering Hearts have barely had a day off since they hit the scene back in 2017. Releasing EP Burning Bridges, debut album Wild Silence and playing just about every UK festival there is, it is safe to say that Tim, AJ, Chess and Tara’s hard work has paid off. Selling out bigger venues each time they tour, the group also spent some time in Nashville during CMA Festival this year and were personally invited by country legend Marty Stuart to play his Late Night Jam at The Ryman. As if this wasn’t enough, the group also had their Opry debut amongst other wonderful experiences in music city.

To follow on from an already fantastic summer, The Wandering Hearts were invited back to one of the UK’s biggest events British Summer Time in Hyde Park where they were one of the support artists for Eric Clapton. They also played the first ever Black Deer Festival in Kent as well as headlining their first festival at Buckle & Boots.

We caught up with The Wandering Hearts for a brief chat at Black Deer Festival to discuss their summer and more.

Hi guys – how are you? So I have to ask right away – how was Nashville?

How were The Opry and The Ryman?

Chess – It was nuts, completely nuts. We all knew what we were doing when we got out there (On Stage) but when we got there (Nashville) it kind of hit us and we were like, this is actually happening. We were so welcomed by everyone over there and we were so looked after, it was such an honour to have been accepted the way we were because everyone knows it’s not an easy place to be accepted. Considering the time we had (in Nashville) I feel we were lucky to have enjoyed it as much as we were able to. We worked everyday for ten days – we were here, there and everywhere but that was the best part of it – we packed everything in and got to do it properly and see a lot places. All in all it couldn’t have gone any better.

You got a standing ovation at The Ryman?

AJ- Yeah for Burning Bridges. We had two (standing ovations) in the end. Marty (Stuart) thankfully asked us back on stage to do another song and that got an ovation too. They were very attentive, they are great listeners when they like the music so to get that from them was just….

What was Marty’s Late Night Jam like other than your set?

Chess – If you ever get the opportunity to go then you should, it’s so much fun. He (Marty) hosts the whole night and everyone is mates so it’s basically like all mates getting together who haven’t seen each other in a while. The Birds got together and played again (for example) and all of his friends came up and played and Marty would say something on Stage about Chris Stapleton and say how he followed him (Stapleton) for years and how he has worked really hard to get to where he is, so you feel the backstory to him and all the artists that he has asked to come and play. When we walked into The Ryman we instantly felt at home.

Chess – It was great to see those other artists

AJ – We were spoilt with the bill (At the Ryman) it feels mental when we look at the poster and see all those names and then ours.

It must be nice to have Wild Silence album out now – it must change your live shows now that you can perform all of them live?

Tim – The album coming out felt like a long time for us because we had completed it so far in advance – we had been living with these songs for so long and had been playing them live for so long so to finally have the album and the songs out, to have people learn the lyrics and know the new songs is such a great feeling because I don’t think a song is complete until you play it to an audience.

Tara – That helped in Nashville too (having album out) because when we had done performances before, people would come up to us and say it was great and ask if we had any music out and we would have to say “yeah a song or two” but now Wild Silence is out, we saw and heard of people downloading the album whilst in the meet and greet queue.

If I told you at the Decca Showcase back in January 2017 that this is where you would be right now would you have believed me?

Tara – Never would have believed you.

But it’s well deserved and you have earned it. 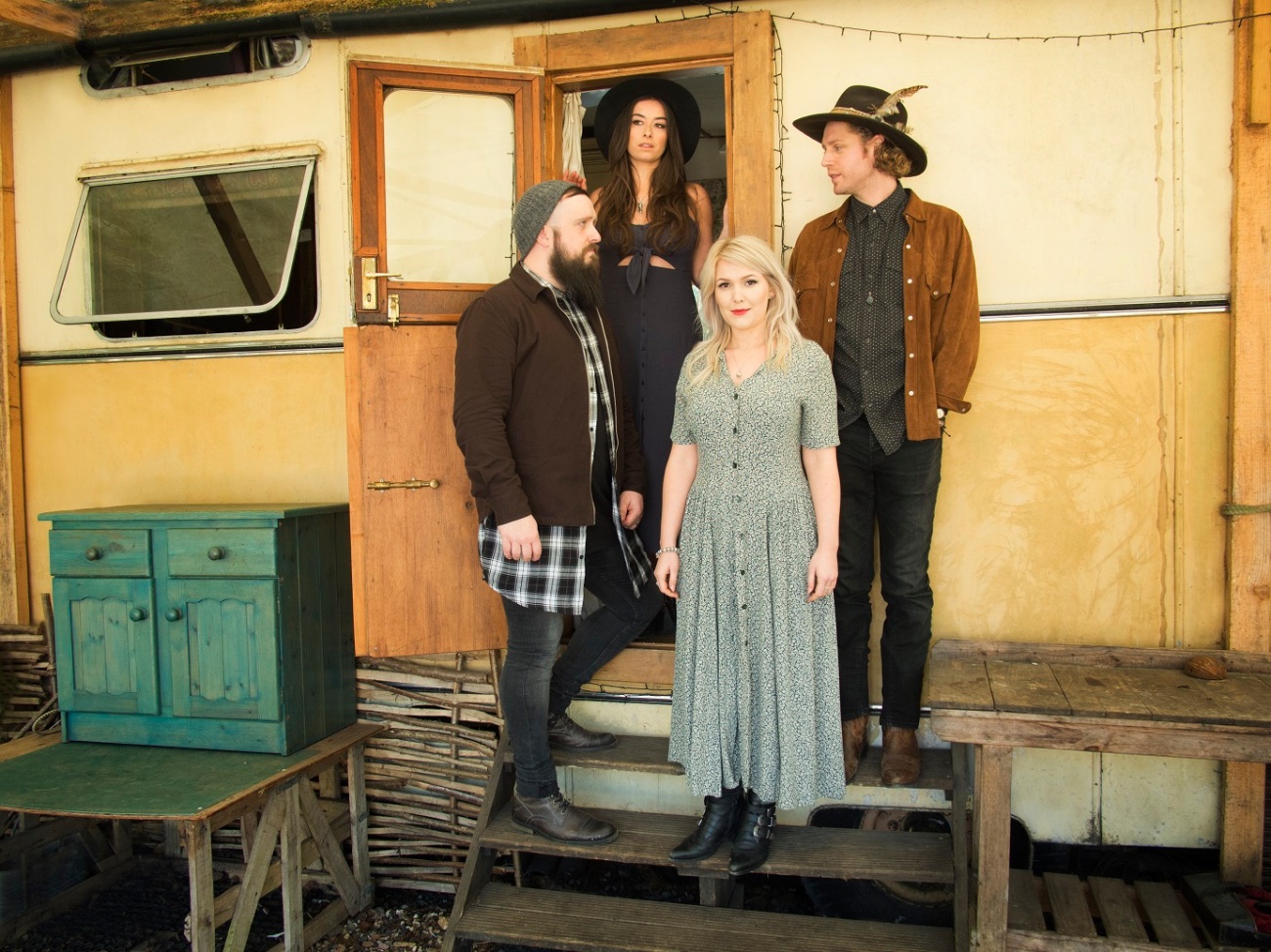 Is there anyone in Nashville you want to write with?

What song do family and friends react to the most – what song do they say to you “Yep, that’s the one”

Tara – Ooh, No one has ever asked that question before.

Tara – My friend Catherine was really really pleased when Laid In The Ground was on the album. She saw it live and balled her eyes out. She said “Can you guys just send me a voice recording of you rehearsing it”.

AJ – I think that’s my dads favourite too, it’s quite close to all his music tastes in the celtic, trad folk vibe.

Tim – The last song my folks talked about was Iona, they have always loved film soundtracks and they see Ilona in an epic, cinematic idea.

Well thank you so much for chatting today – you have a very busy Festival summer and I look forward to seeing you at some of the shows.