The bands latest album Wade Waist Deep is a refreshingly good album with a real mix of genres such as Americana, Rock, Blues, Soul and Country, making the album brilliantly unpredictable, exciting and a real masterpiece.

We caught up with Thomas Wynn after his visit to the UK.

I hope you enjoy our chat! 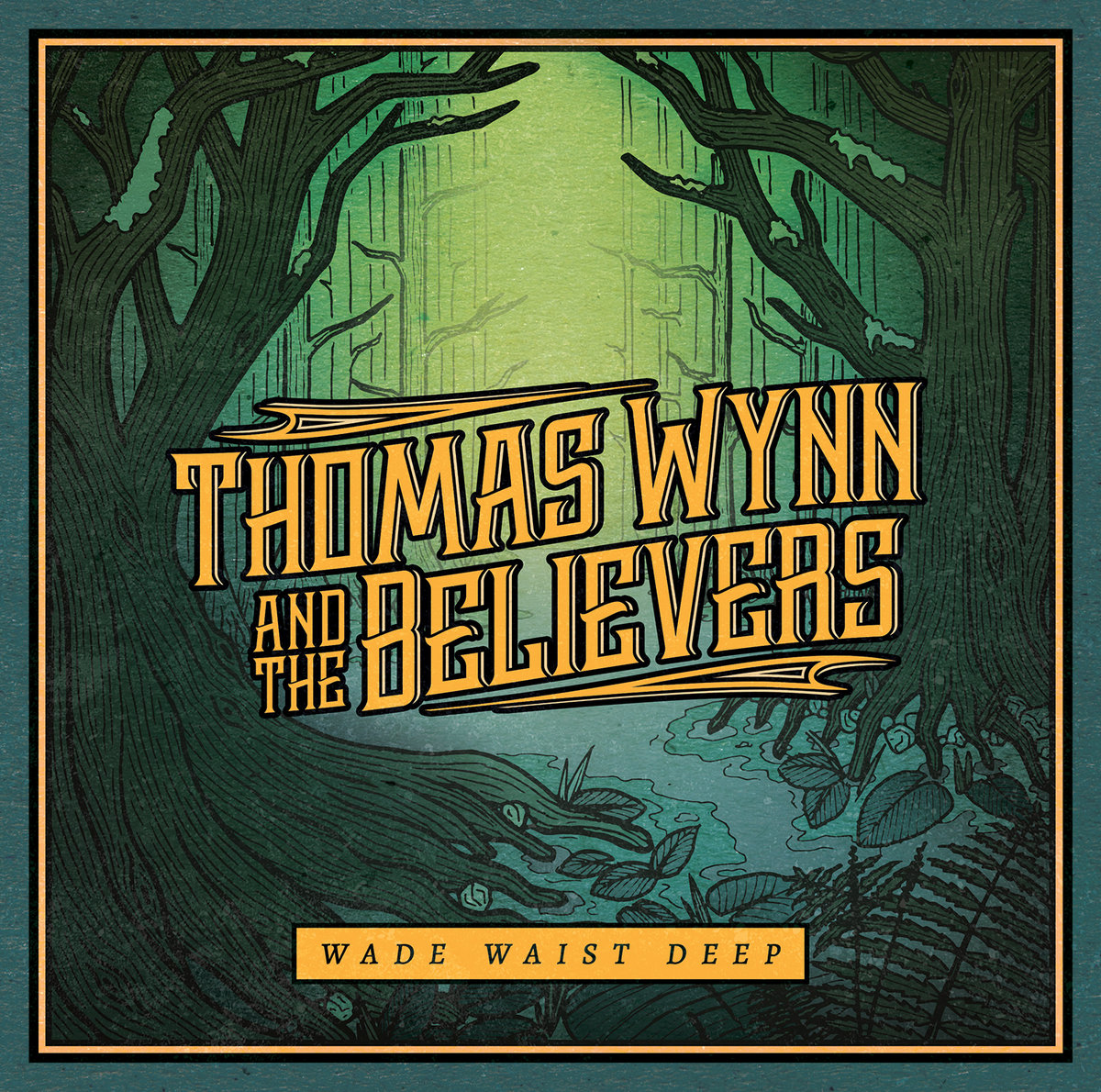 Hello – how are you all?

Can you tell us a bit about your background and how the band came to be?

I’m from Central Florida, the Orlando area. My sister Olivia and I started the band about ten years ago. We’ve had a few different members making up the rest of the believers, however for about the last four to five years we’ve been the same band we are now.

How has this UK trip been? How was the first ever Black Deer Festival for you?

The UK has been great. We loved the Black Deer festival, such a great idea, beautiful grounds and the staff was very kind as well.

I have heard great things about your set from so many people, how were the audience?

The set was a lot of fun, and the audience was fantastic.

Did you stick around to see any acts?

We got to see The Sheepdogs, and Iron and Wine, as well as Passenger and Jason Isbell. They were all pretty great!

Also how was Ramblin’ Man Fair – that’s a different crowd to Black Deer in some ways….How were the audience?

Ramblin’ Man Fair was excellent as well! We were so honored to be a part of both festivals and definitely hope we can come back and play them again!

Did you catch any acts there as the fest had some of my childhood faves such as Therapy?

We caught some great bands there too. Steve Earle, Myles Kennedy, Tyler Bryant and The Shakedown, Blackberry Smoke, Steel Panther. It was a lot of fun.

How has the headline tour been for you?

We’ve had so much fun doing a headline tour, the crowds have been so gracious and wonderful, singing our songs with us and it’s been great to get to hang afterwards and meet as many people as we can….we definitely hope to do more support and headlining tours in the years to come.

Tell us about your sound as it has a range of genres from rock, blues, country, folk, americana and more.

I’m not sure what to say other than that we like all those genres, and more! We just write what we enjoy and try to play for the song, and not just the genre.

Can you describe a typical live set? What can we expect as your music has so much instrumentation which pretty much makes me want to go see you live as soon as I put the record on.

We rarely write set lists, however we’re not opposed to them. We like to move with what we feel the audience is moving towards. This let’s us make each night it’s own night….again though, some nights we feel like a set list is the way to go.

You are very much a ‘live’ band and thrive on stage, when writing music, do you take that into consideration? Do you ask, how will this translate in a live setting?

I just try to write good songs. If it’s a good song, in the right setting, or right place in the set, the song will translate.

What music did you grow up listening to?

All kinds. Lots of The Band, The Beatles, Pink Floyd, Paul Simon, James Taylor, Van Morrison, James Brown, The Rolling Stones, the list goes on and on.

Tell us about the album Wade Waist Deep – was it a long writing process? Did you meet all your goals album wise?

There were some songs that were written before we started to plan the album, but about half were written in the year leading up to the release. Our goal was to make the best album we could at the time, and I believe we did that.

Vance Powell produced the record – what was it like working with him and did you all have the same/similar creative visions for the album? What did you learn from him?

Vance Powell was amazing to work with. Going into recording he said he wanted to make us sound like the best version of ourselves and no better. Which we all thought was a great vision. I think we learned how to experiment with ourselves and our playing as a band together.

I am loving the title track – please tell us a little bit about the story behind writing that song.

I wrote the chorus to Wade Waist Deep a long time ago, and then finished it with my friend Teddy Morgan when I was writing some of the other tracks. The verses came together really quickly, one short afternoon and there it was.

Tell us about Mountain Fog – I find it very hypnotic and bewitching in ways, that’s a good thing by the way. It is sort of dark folk I guess?

Mountain Fog started as a piece of music I had written on my loop pedal. I then got together with my friend David Plakon and we made a song out of it. After we had all the music finished I went outside and wrote the lyrics in about twenty minutes. That was a fun one to see come together on the record.

Were there any challenges putting the album together? Any songs that took a long time?

I don’t think there were any that posed any more challenges than any other….the whole thing came together really quickly. Just three weeks of recording and another week of mixing. It was a great experience.

What song gets the best reaction live?

I’m not sure. I think it depends on the night and the crowd and of course how we perform. They all go over pretty well, I’m glad to say.

What have you planned for the rest of the year?

We hope to work on a new record and get y’all some new music next year.

Thanks so much for the interview, I appreciate it very much and hope you plan to return to the UK soon?

Thanks so much. Yes, we hope to come back as soon as we can. Thanks again.
– TW

Tagged as: Thomas Wynn & The Believers