Interview: Carly Pearce talks about Every Little Thing, her favourite Christmas movie, her go to wine and visiting the UK

Carly Pearce had a very successful year in 2017 with releasing her debut album Every little Thing via Big Machine Records, being one of three female country stars to have their debut single (Every Little Thing) reach number one, going on tour with Brett Young as well as many other fantastic and well deserved achievements. Carly released her debut album Every Little Thing late last year and it has been rated as a top ten album of 2017 via many country music publications.

We caught up with Carly just before Christmas and she was an absolute delight to talk to. We know this year will bring Carly even more success and well deserved attention and we hope to welcome her in the UK really soon.

I hope you enjoy our chat.

Hi Carly, how are you?

Very good. What have you been up to this week? Are you ready for Christmas?

Yes, I am ready for Christmas. I just finished the Brett Young tour and I am ready to enjoy the beginning of my break!

How was the tour?

It was really, really awesome; we had such a good time. It sold out 100 per cent and I am so grateful that Brett had me on it.

Congratulations on all the success of Every Little Thing – how has life been since its release?

It has been crazy to see how much it has amplified since October – I feel that it amplifies a little bit more each week. My single went Number One and went Gold, and I am starting to see people singing back all of the words to my album cuts and becoming more familiar with me as an artist, not just a singer.

Tell us about working at Dollywood, what was that like?

I loved Dollywood. I am a huge Dolly fan to begin with and just to be able to do that at sixteen years old and to experience a first job where you get to perform every day and understand what it is to put on a show, and to get to work with other talented people – that is something I will always carry with me. It made me a better performer, singer and all of those things. 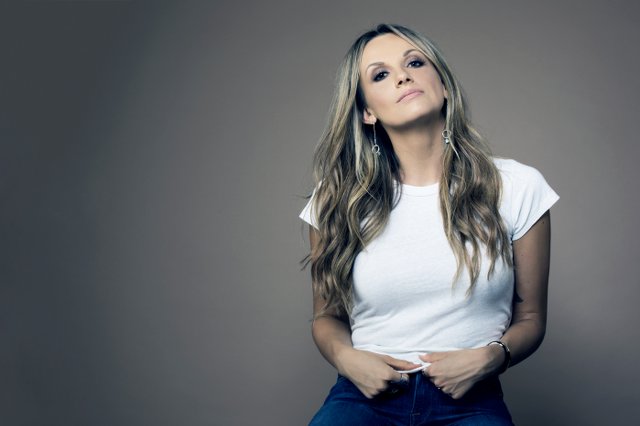 Tell us how you came to work with Busbee?

Busbee and I met through a Nashville publishing company. He and my publisher Daniel Lee were looking for an artist to collaborate with. A lot of people don’t know this, but Busbee actually signed me as his first developmental Country act in 2015, so way before he had his crazy success in Nashville. We started working together and then he helped me to find my way and my voice – I definitely owe so much to Busbee.

You wrote Every Little Thing with him and, as you mentioned, it was a Number One – congratulations! How did that feel? Obviously good, but I know that you have worked so hard to get that.

Oh, my goodness! It is insane – to be one of only three female artists in seventeen years to have their first single go Number One – myself, Carrie Underwood and Kelsea Ballerini. To be recognised with those women and to help break the mould for females, is all I have ever wanted to do in my whole life. I feel like my whole quest of life was to be a singer of Country music, so it is really special.

As you say, one of three women – and given the lack of female Country artists getting radio play, it is even more special.

Tell us the story behind the song, if that is ok?

I wrote this song about a guy who really broke my heart – but I am very thankful to him these days, haha! I think that everybody experiences those moments when you feel like you cannot take another breath without this person. I lived that. I wanted to tell my story about that.

Do you remember where you were when you first heard yourself on the radio?

I do, I was on my radio tour in Orlando, Florida and I heard my annoying little speaking voice introducing my song and I turned it up loud and freaked out with my band; it was a really awesome moment.

Is it weird hearing yourself on radio for the first time?

Haha! Oh, my gosh! It is still weird – honestly I still am like “Oh, my god”, if I am driving around and it comes on. If I hear any of my songs or see my music video, I am still very freaked out by everything.

How was the process behind putting the album together? Was it clear what songs you wanted? Did some not make it on there?

You know, I got very, very lucky that I signed with a record label that completely 100 per cent agreed with the visions, the songs and the production. I made the album that I wanted and I don’t think that a lot of artists can say that. It was very easy to pick the songs – Busbee and I had been working on those even before we had a record deal in place, so it all just was very natural. There are definitely a few other songs that I think will eventually find their way, maybe on a sophomore album, but I made the album that I wanted to make.

How would you describe the album in a sentence?

Every Little Thing you need to know about Carly Pearce, haha!

Tell us about your Opry debut?

Oh, my gosh! So everyone who follows me knows how much the Opry is just the ultimate special place to me. I hope to carry that forever and hope to one day be one of the faces of the Opry. I actually was able to debut at the Opry in 2015 – before my record deal. The Opry was actually one of the first big believers in me before anything was going on. I have played there almost fifty times now; I love the Opry and I will never forget my debut. My parents brought me these really expensive cowboy boots three years prior to my debut, and told me that I couldn’t wear them until I stepped on the Opry stage. I really kept that promise and wore them on the night of my debut which was one of those special moments. I think, as a Country artist, the Opry is the ultimate. 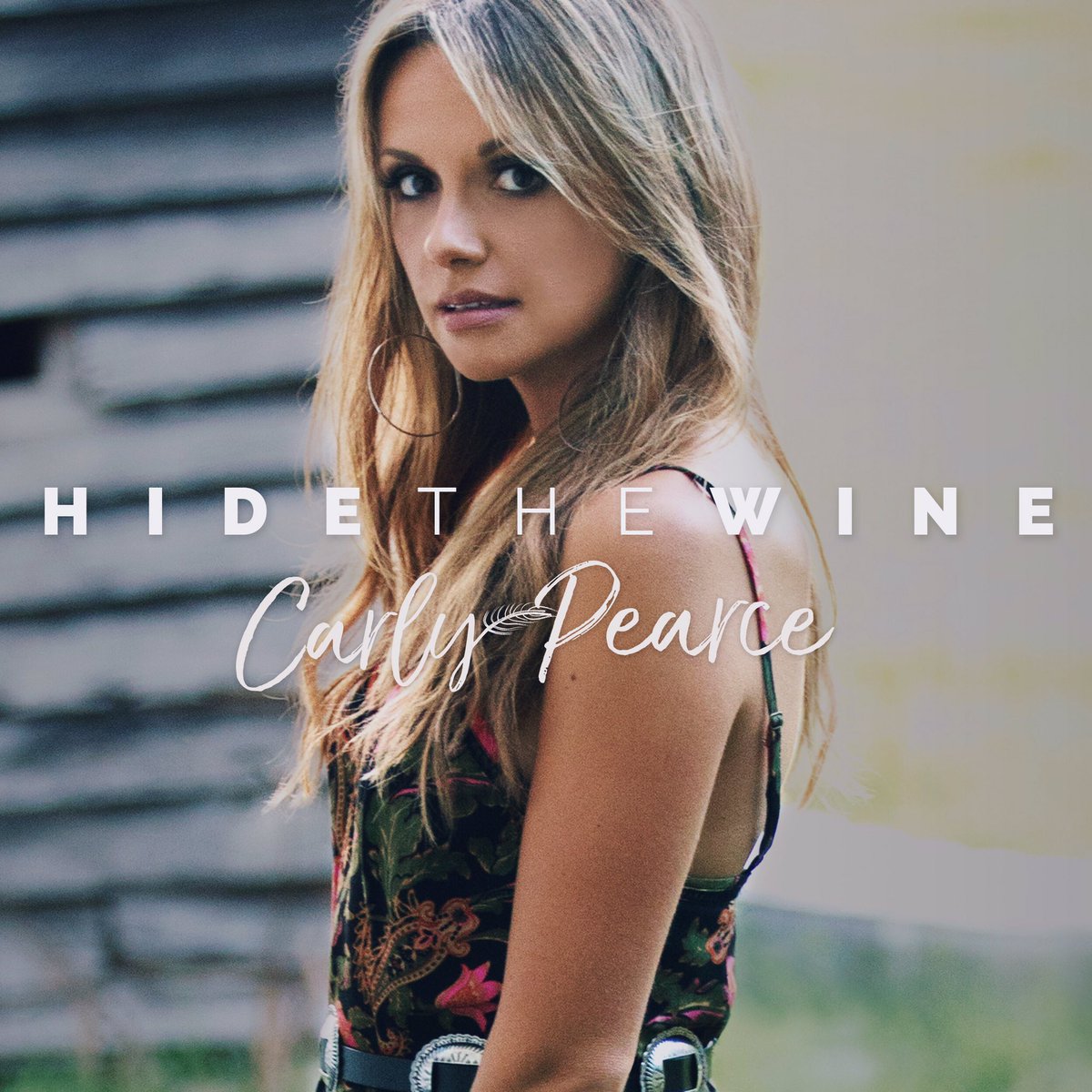 Your current single is Hide The Wine – tell us about cutting that song. How was it pitched to you?

My publisher Daniel Lee played me that song before I had a record deal or anything and I told him that I had to have it. He said “Actually it’s on hold for another artist, and they are going to cut it for their album”. I was so mad at him and said “Why did you play that to me?” He said that he felt we needed something like that on the album but we really thought that these other artists were cutting this song. Then I get my record deal and in the last second the other artists didn’t put it on their record so I got it – it was meant to be.

I think that Hide The Wine is the most fun to play live. I think that people are really into that one, which is really fun and I could tell early on how special that song was with fans. We play it just with my band and my keyboard player, who is one of my best girlfriends. She and I have a lot of fun on that song.

Well, I hope to see it live one day. On that note, any plans to come to the UK?

I definitely do. I was supposed to come last year (2016) and I was also supposed to come in February but the Blake Shelton tour has messed that up a bit. I promise I am coming – there are plans in the works; I have never been and I really want to come over.

What have you heard about the UK fan base?

I have heard from so many of my friends how unbelievably supportive and true the fans are – singing every word and selling places out – and what a music loving area it is there. I want to come and experience that (giggles with excitement).

Well, we hope you come over soon. Big Machine are really good at bringing their artists over and you will love it here; we are very supportive and attentive and you will be very welcome.

What are your plans for Christmas? Are you going home?

I am. My parents live in Alabama and I can’t wait to be there and hang out and not have to do anything – and spend time with my animals.

Aww, what animals do you have?

I have cat named Emmylou after Emmylou Harris and a dog named Ginger.

What is your favourite Christmas song?

My mum and I watch two every single year: The Holiday and The Family Stone.

Will you be bringing out the wine or will you be hiding it?

I will definitely be bringing it out, haha!

What is your wine of choice?

My go to is Freakshow Cabernet

How about Mulled Wine? Do you have that in the US?

Well, we probably do, but I actually had a girlfriend bring me back some from England.
It is very nice, haha!

Thank you so much for talking to me today – and please do come over soon. The UK fans love you and they will go to all your shows – you will have such a great time.

Oh, thank you, that’s so awesome; I promise I am coming!