Darius Rucker – When Was The Last Time – Album Review 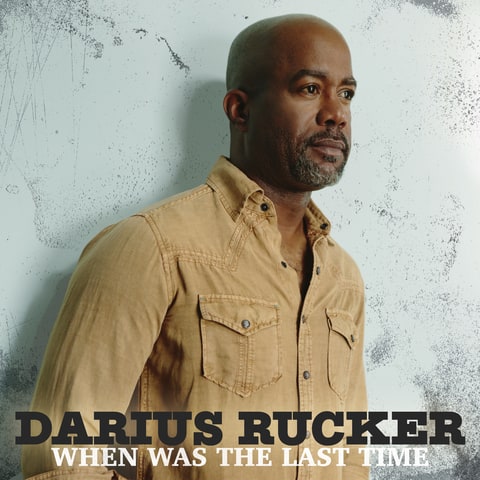 There aren’t many other male vocalists out there whose voice I love as much as Darius Rucker’s, perhaps Eddie Vedder and the late great Chris Cornell but I would say it is an equal amount of love.

When you hear Darius sing, it is undoubtedly him, no one else sounds like him at all, he has such a distinctive vocal and is has such a warm, friendly, rich and soulful tone that he could sing the phone book and I would be happy. In fact I love Darius’ voice so much in such a way that he makes me feel at ease and if he sang on satellite navigation for example Take the third exit at the roundabout I would have so many more relaxed journeys ha!

I am not sure that it is possible for Darius to make a bad album – every single one he has put out has always been pleasant to the ear, soothing, soulful and thoroughly enjoyable. On each album there are of course songs that stand out more than others which is obvious to any album from any artist but a Darius album always flows wonderfully and they are albums that you listen to through and through. When Was The Last Time stays within the high level of Darius’ consistently gratifying albums – beginning with For The First Time the album delivers a nice country sound instrumentally and sets off a good feeling for the remainder of the album. 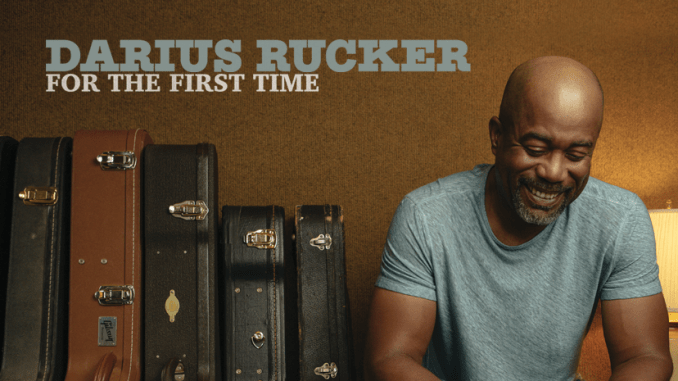 As I mentioned, this album kicks off with the track For The First Time and again, just hearing Darius’ voice back on my stereo makes me gleeful. This song is great and has an overall inviting sound like the kind of music you will put on in the house to get you geared up for entertaining or in a good mood for housework ha! In other words, it’s a song with an optimistic melody and energetic vibe as most of the album is too.

Bring It On is one of those engaging moments with Darius that I love so much – I actually can’t help but translate Darius’ music into a live setting every time I hear it so I am actually itching for another UK tour.

If you have never seen Darius live then you must, his cheery disposition brings so much life and energy to his shows, not to mention his adorable dancing. Darius’ shows are just out of this world, they are so soulful, entertaining, inviting, atmospheric and enchanting and this album screams live show.

The hit single from the album If I Told You is as expected, one of the most stand out songs. It is such a good song and quite a different direction for Darius in many ways, it doesn’t have as much of his soulful and zesty stylings but is just as enticing with its strong melody and powerful chorus.

There are many great moments on this record and I have a lot of love for Twenty Something – this sweet sounding song brings out that story telling side to Darius that I adore like in songs such as It Won’t Be Like This For Long and I am going to bring up his live shows again because when he sings these story telling songs live he really looks at the crowd and I am always pretty much a blubbering mess. This song takes us through the decades of someone’s life which is relatable to many.

Darius’ cover of Drivin’ N Cryin’s 1980s hit Straight to hell is such a highlight, with a little help from his friends Luke Bryan, Charles Kelley and Jason Aldean – this song is everything, it is fun, exciting, up beat, country at its best and dang good to sing and drink along to merrily. If he hasn’t done so already, this track during his charity show Darius and Friends would be insane. I just want to listen to this over and over. Isn’t funny when you hear country collaborations like this and it feels like its your friends singing together? That’s one of the things I love about country music, we are all family in a way.

Honky Tonk, traditional sounding, up beat, twangy Count The Beers is another infectious tune and a crowd pleaser for sure. This song will no doubt get you up on your feet and movin’ and groovin’.

I am loving She as well, it is a nice soulful song with a nice steady beat and I am swaying listening to it as I write.

The album comes to a close with the story telling and rather fitting title Story To Tell which has a really fun chorus that is easy to sing a long to and is a good mood setter.

There really is no bad song on this album, no filler and like I said, Darius can sing the phone book and I would be delighted but it just so happens to be that this album is fantastic.

Darius is like home, he is your buddy, your family and the heart and soul of country music.

Purchase When Was the Last Time by Darius Rucker here