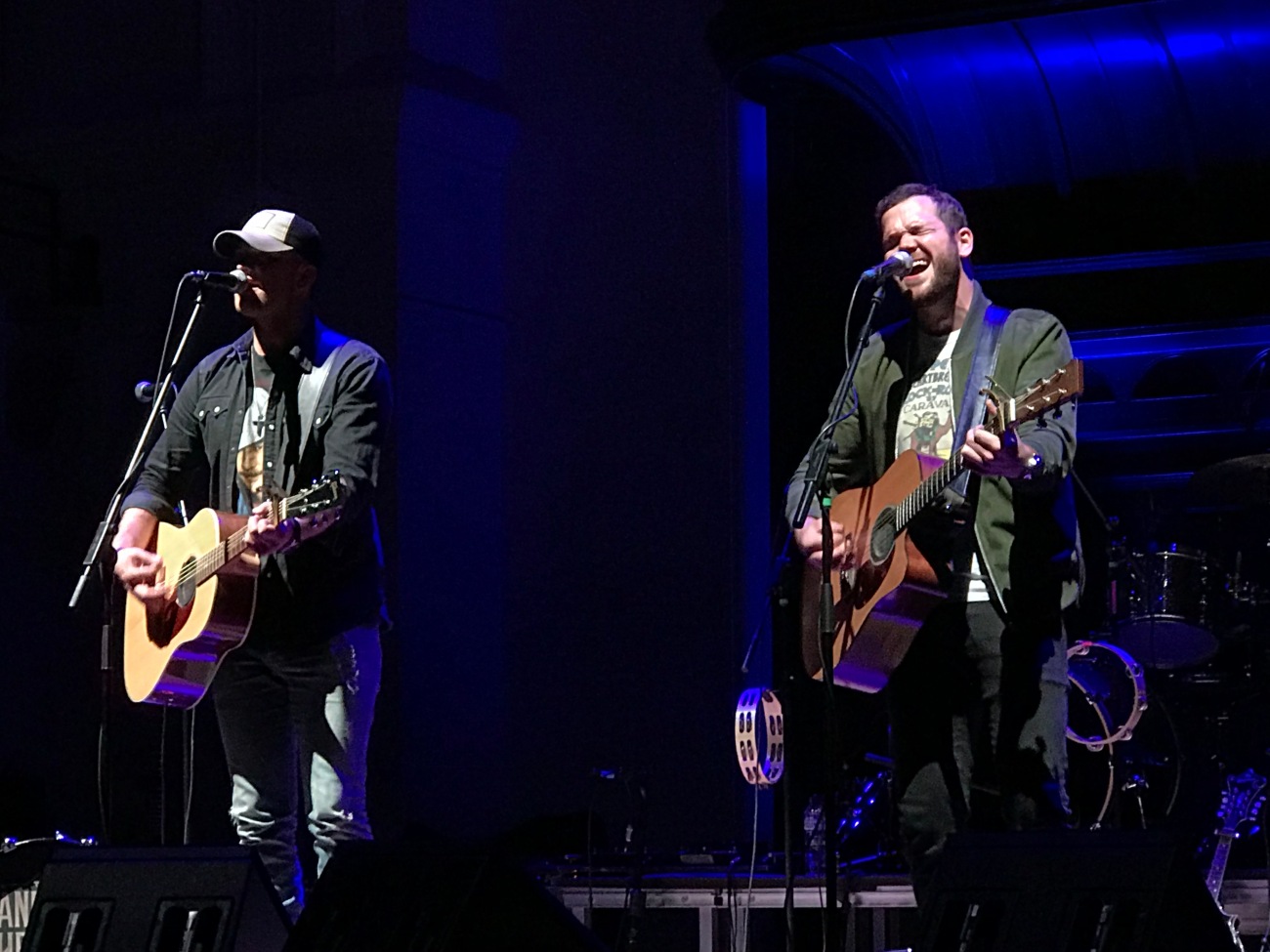 Walker McGuire got this Country Music Week gig at London’s Cadogan Hall supporting Marty Stuart off to a storming start.

“We’re so excited to be here” exclaimed Jordan Walker. This is the duo’s first tour of the UK and it was a performance from the American duo full of enthusiasm, energy and talent.

Kicking off with Back Together the boys were given a warm welcome from the audience. Both played acoustic guitar, shared vocal duties and harmonised well. 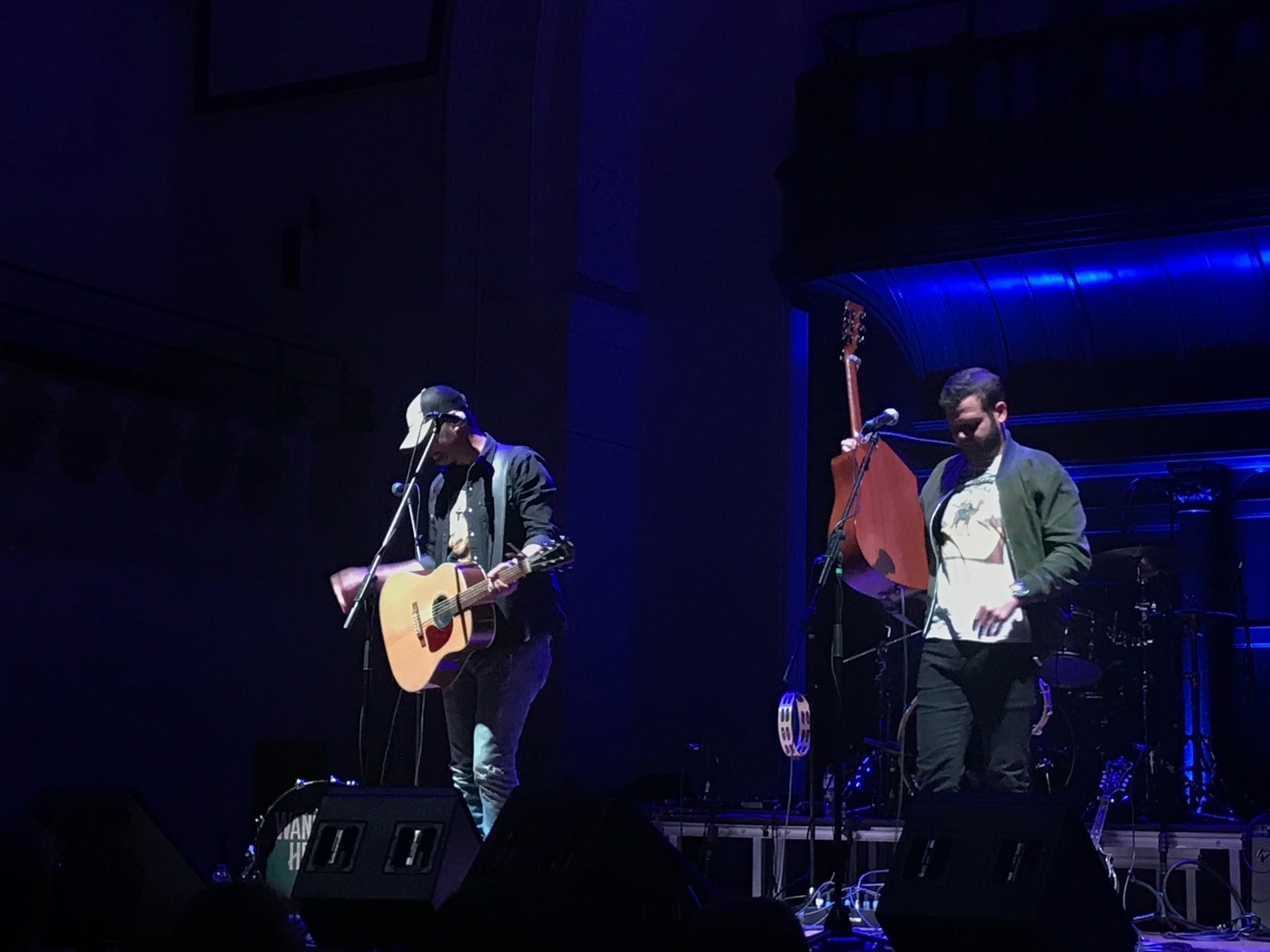 They gave an outing to a new song Eighteen Forever which, according to McGuire is written in the rock style of John Mellencamp.

Many of the songs mention alcohol and McGuire joked “We’re an alcohol-free band. You bring us the free alcohol and we’ll drink it.”

They were thoroughly enjoying themselves, laughing and joking on stage. Walker told us that after they had signed a recording deal they went on a songwriting trip to Mexico. No songwriting was done but they did begin one on the plane home about the girl with no name with whom Walker had spent four days. Of the resulting comedic song Ol What’s Her Name he said “It’s a true story. I wish it wasn’t and so does my mom.”

Continuing the alcohol theme Walker said “Johnny and I met five years ago. We thought our two surnames sounded like an Irish whiskey and we like to drink so that’s why we’ve called the group after our names. All our stories start with drinking.”  Walker recounted the tale of a drinking session with Luke Combs, after which they co-wrote When It Rains It Pours which is currently in the Billboard Country top five, of which he is justifiably proud. Walker McGuire played their version and finished with Til Tomorrow with fantastic harmonies.

Words and images by Chaz Brooks