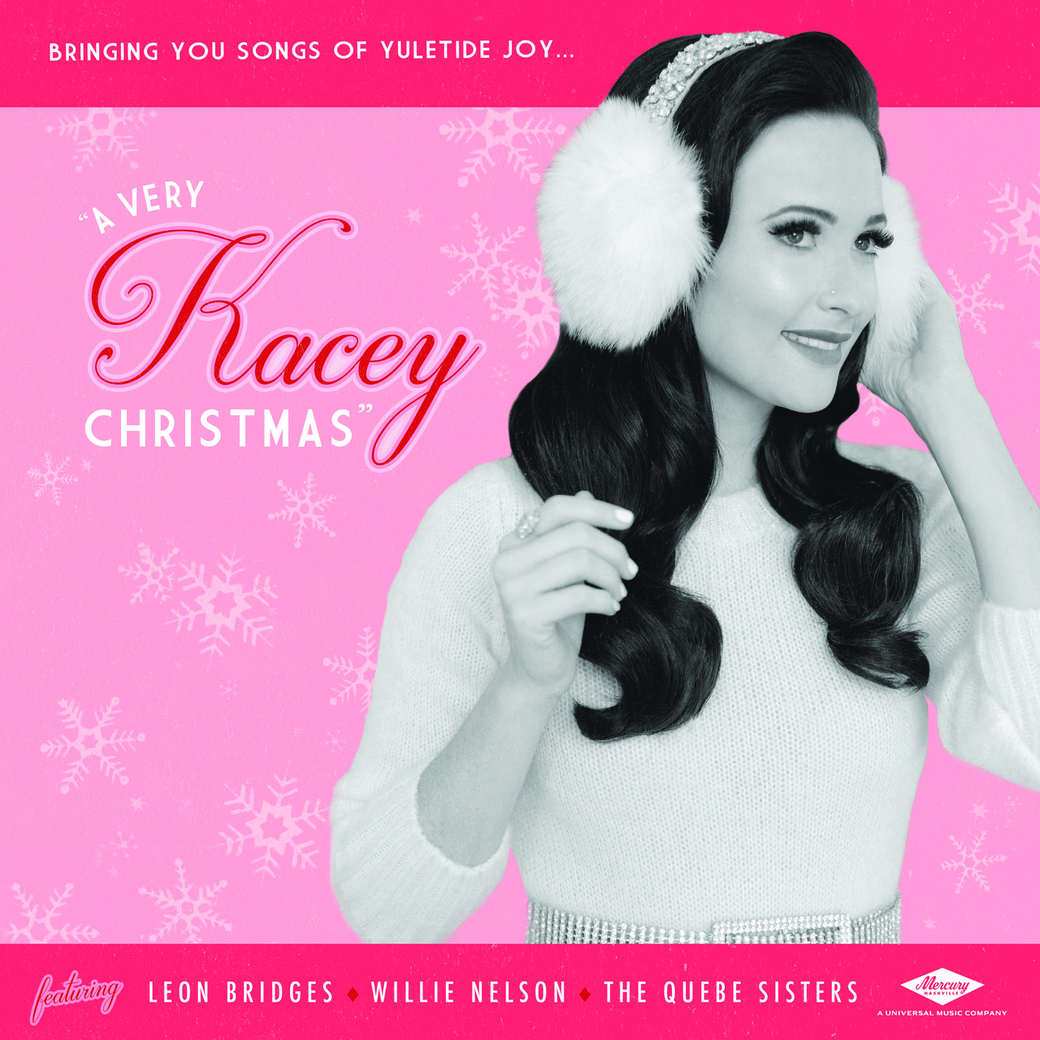 Mercury Nashville’s Kacey Musgraves will release her very first holiday album, “A Very Kacey Christmas” Featuring Leon Bridges, Willie Nelson & The Quebe Sisters on Friday, Oct. 28. Produced by Musgraves, Misa Arriaga and Kyle Ryan, the album features four festive original tracks, co-written by Musgraves, as well as covers of eight holiday favorites.
“Working on my first Christmas album has been one of the most enriching musical experiences I’ve ever had and I can’t wait for everyone to hear it,” said Musgraves. “I really wanted to create a whimsical throwback holiday record, one that evokes feelings of nostalgia and simpler times. I think that the fine musicians and brains that were a part of this project have helped me create a body of music that can be added to people’s classic collections.”
To Musgraves, holiday music has always had a great combination of pop sensibilities and melodies, and when she began to work on the album, she knew she wanted to create something unique. It’s been an exciting experience for her to watch these songs come alive. “It would have been easy to simply copy old versions of these songs that have been around forever, but it was very important for us to build arrangements that are totally new and very me.”
Inspired by Bing Crosby, the Andrew Sisters, Nat King Cole and the classic sounds of the ‘40s, ‘50s and ‘60s, “A Very Kacey Christmas” features the Grammy Award-winner’s charming take on classic standards, as well as four original tracks to put her personal perspective on the holidays. “There can be a touch of sad feelings and memories during the holiday season for a lot of people so I knew when I went in to write I wanted to include all the emotions this time of year can bring out.” It’s tough to decide what the overall sound could be described as but Musgraves says it’s “part Western Swing sprinkled with bits of classic pop, hazy Hawaiian moments and child-like fun, all coming to a nostalgic and melancholy end.”

Track Listing:
Have Yourself A Merry Little Christmas
Let It Snow (featuring The Quebe Sisters)
Christmas Don’t Be Late
A Willie Nice Christmas (Featuring Willie Nelson and Trigger; Written by Kacey Musgraves, Shane McAnally and Josh Osborne)
Feliz Navidad
Christmas Makes Me Cry (Written by Kacey Musgraves, Shane McAnally and Brandy Clark)
Present Without A Bow (Featuring Leon Bridges; Written by Kacey Musgraves, Leon Bridges, Austin Jenkins and Luke Laird)
Mele Kalikimaka (featuring The Quebe Sisters)
I Want A Hippopotamus For Christmas
Rudolph the Red Nosed Reindeer
Ribbons and Bows (Written by Kacey Musgraves, Julia Michaels and Justin Tranter)
What Are You Doing New Year’s Eve?
The Texas native has earned massive critical acclaim for her first two albums, the Gold-certified debut album Same Trailer Different Park in 2013 and Pageant Material in 2015. Musgraves has taken home the award for “New Artist of the Year” at 2013’s CMA Awards and also won two Grammy Awards for Best Country Song (“Merry Go ‘Round”) and Best Country Album (Same Trailer Different Park), the ACM Award for Album of the Year (Same Trailer Different Park), and most recently the 2014 CMA Award for Song of the Year (“Follow Your Arrow”). Launched last August, The Kacey Musgraves Country & Western Rhinestone Revue has sold-out famous venues all over the world, including the famed Royal Albert Hall in London. She recently opened for George Strait’s exclusive Las Vegas shows in April, with additional performances scheduled for Sept. 9 and 10 and Dec. 2 and 3.