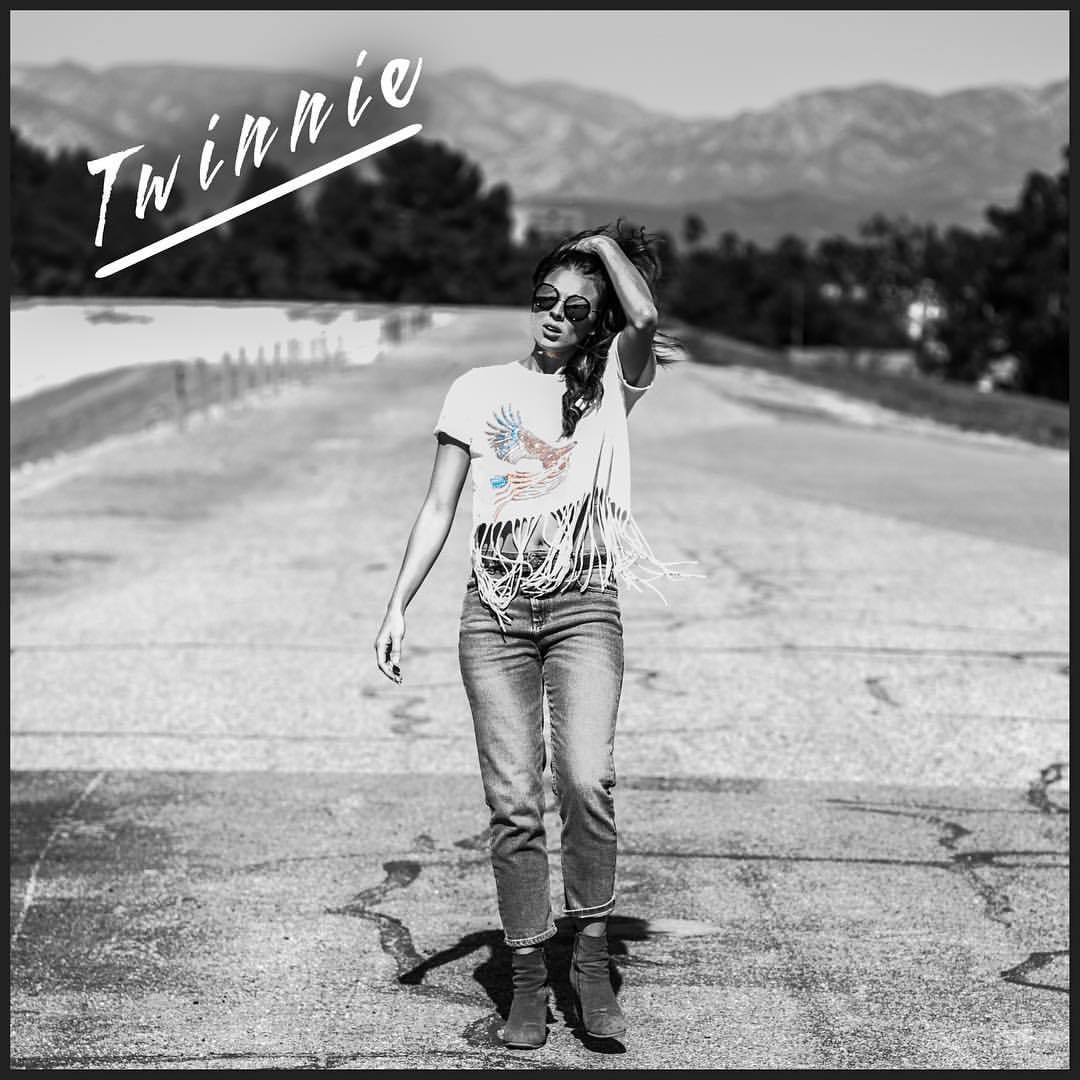 Twinnie is a new Country Music singer who we are lucky to have representing UK Country. From working with The Shires to starring in Hollyoaks, Twinnie has finally released her own solo material and glad we are because we love it! Twinnie is a woman of multiple talents, beautiful singing voice, fantastic songwriting skills, acting, dancing and modelling, it’s just not fair is it? Ha! But we couldn’t be more proud to have her as part of the UK Country scene and she is a lovely person too.

Twinnies self titled EP is out today (July 29th) and available for download here : Listen to Twinnie – EP by Twinnie on @AppleMusic.
https://itun.es/gb/PlPYdb and already reached number 2 in the Country Itunes chart before 11am today.

Twinnie was very kind to answer some questions about her fast paced, growing music career and we hope you enjoy it!

So, for people who are new to your music, how would you describe your sound?

Twinnie – My sound is very much country pop akin to early Taylor swift and Mumford & Sons’ folky vibe in some songs!

Have you always been a fan of Country music and has it always been the musical direction you wanted to take?

Twinnie – Yes I would say so. The thing that attracted me to it is how the songs tell a story. I used to write poems at a very young age so once I got a piano and guitar they quickly progressed into songs but still retained the story element.

Your music has been doing really well – with first single Cool reaching number 2 and your current single Home reaching number 3 in the Itunes Country charts – how does it make you feel charting so well and were you nervous releasing not just your first single, but country music?

Twinnie – I had no expectations at all and yes I was so nervous!! For me, although people know me from my previous work, my music career has always been going on in the background – especially with writing!! I never expected to chart so high and with it being my first release, I was overwhelmed. Regarding country I was completely flattered especially since it’s not very big in this country. I remember my name being higher than Taylor swift I was like is this real?!! Haha! Safe to say I feel extremely lucky that anyone even likes the tracks let alone a lot!

You have an EP which will be released Friday 29th July, how excited are you? What can we expect from the EP and are you planning on doing a tour for the EP?

Twinnie – No not at the minute as I’m finishing the album but I’m doing gigs and festivals! The EP is very honest, story telling and all about relationships with my partner/ex partners and family!

What Inspires you to write music, do you have any favourite writing places to go to or can an idea pop into your head anywhere?

I love my garden and I have a music room that has my piano in and about 5 guitars. I’ll be out in the supermarket or the park and I’ll get my voice recorder on my phone and record something because an idea or tune comes up.

Your songwriting credits are very impressive and you co – wrote The Shires song Black and White with Ben Earle which is featured on their debut album ‘Brave’. How does it feel to have one of your songs on an album which last year became the first album to make it in the top ten charts by a UK Country artist?

Twinnie – I feel very attatched to The Shires as I was in the room when it was born. Me and Ben Earle wrote a load of songs in a duet form and we did talk about being a band but essentially I wanted to go solo and be an artist and selfishly not wanna consider anyone else. I’m so proud of them!

It is a very popular song amongst The Shires fans, have you ever been to a gig of theirs and heard the crowd sing it? If so, how did that feel?

Twinnie – I love it it makes me cry!! Haha now I’m getting to that point where people start singing ‘Cool’ and it’s the best feeling ever!

Who in Country Music are you listening to right now and do you get to go to many Country gigs at all?

Twinnie – Maren Morris, Lucie Silvas, Brothers Osbourne I highly recommend everyone buys all 3 albums! World class!! Not many, last gig I went to was Coldplay! Best band in the world!

Twinnie – Yes I do! It’s not all about Dolly Parton cowboy boots etc

How is the support for your music from your fellow cast members on Hollyoaks? Were there any budding country fans on set?

Twinnie – Of course! Everyone is so supportive you see them retweeting my stuff it’s so nice! They used to get bored of me singing in between takes though haha

You are set to record an Under The Apple Tree session with Bob Harris soon for Radio 2, do you know when we will hear/see it?

Not yet but you’ll be the first to know

Thanks again for your time, I look forward to the EP and future releases