A Thousand Horses have easily become one of my favourite bands not just in country music but across all genres – their country rock sound is really exciting, refreshing and brings me back to my love of rock and grunge music. Southernality, their debut album was flawless and […]

‘PREACHIN’ TO THE CHOIR’ Lyric video – WATCH HERE A Thousand Horses will release their second album Bridges, on June 2nd on BMLG Records and we couldn’t be more excited. The 13-song project features their current single ‘Preachin’ To The Choir’, which the band have recently unveiled the lyric for […]

Big Machine Label Group’s A Thousand Horses and The Cadillac Three have announced they will both have special, limited-edition vinyl releases for Record Store Day on April 22nd. A Thousand Horses will be releasing Live From London (Metropolis Studios), which features live ‘in-the-studio’ versions of their hit singles […]

A Thousand Horses are back in the saddle for 2017 with the release of theiir brand new single ‘Preachin’ to the Choir’. The track is the first to be taken from their forthcoming second album, due for release on BMLG Records later this year. ‘Preachin’ To The Choir’ […]

Interview : Catching up with A Thousand Horses during their UK headline tour

One of the best bands in the County/Rock genre at the moment returned to the UK for a two date headline tour and a slot at Planet Rock Festival after a highly successful trip to C2C Festival earlier in the year. The first date of their tour began at London’s O2 […]

By Hannah Compton I can’t think of better band to end the gig season for me in 2016 than A Thousand Horses. Having only seen A Thousand Horses briefly at C2C Festival earlier in the year, I was more than excited to catch an entire set and am happy […] 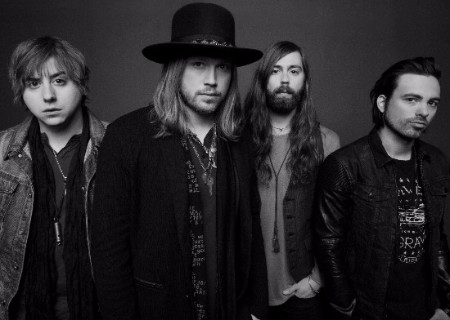