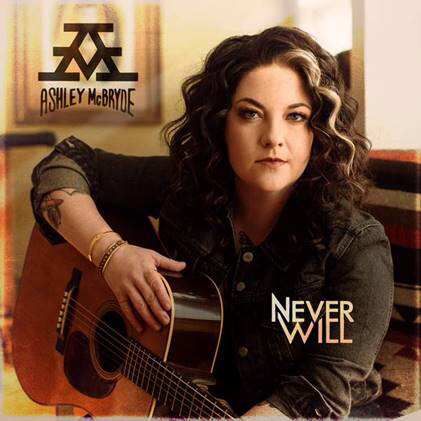 “The significance behind the album title comes from the lyrics in the title track: ‘I Didn’t, I Don’t and I Never Will,’” McBryde says with the same conviction that fuelled Nowhere. “Before we recorded it with Jay [Joyce] in the studio, I said to my bandmates, ‘If we’re going to cut this and put it on the record, you’re promising anyone who ever listens to our music, we don’t listen to the noise in the background. We didn’t, we don’t and we never will. Don’t cut it unless you’re willing to promise it.’ And we cut it right then.”

One of the most anticipated new albums this year, NPR stated in its 5 Upcoming Albums We Can’t Wait To Hear “If you’re looking for the next Kacey Musgraves – a major genre-exploding star with roots on the outskirts of mainstream country – this is the pony to bet on.”

About Ashley McBryde
Lauded by The New York Times as “an alluringly flexible singer, fluent in classic country, blues and Southern rock, with a voice that moves easily from tender to tough,” Ashley McBryde caught the attention of some of Nashville’s most raucous entertainers, landing her dates opening for Eric Church, Chris Stapleton, George Strait and, most recently, Miranda Lambert and Luke Combs. The Washington Post raved, “McBryde’s blue-collar storytelling and straightforward singing set her apart,” referencing her debut on the Grand Ole Opry stage when she performed “Girl Goin’ Nowhere,” the seminal title track from her 2018 Jay Joyce-produced LP for Atlantic Records/Warner Nashville. Girl Going Nowhere was the biggest debut by a solo country artist in 2018 and earned the Arkansas native critical acclaim from The New York Times, The Washington Post, Rolling Stone, Variety and more. Her sophomore album Never Will, slated for release April 3, was hailed by NPR and Rolling Stone as one of 2020’s most anticipated albums.