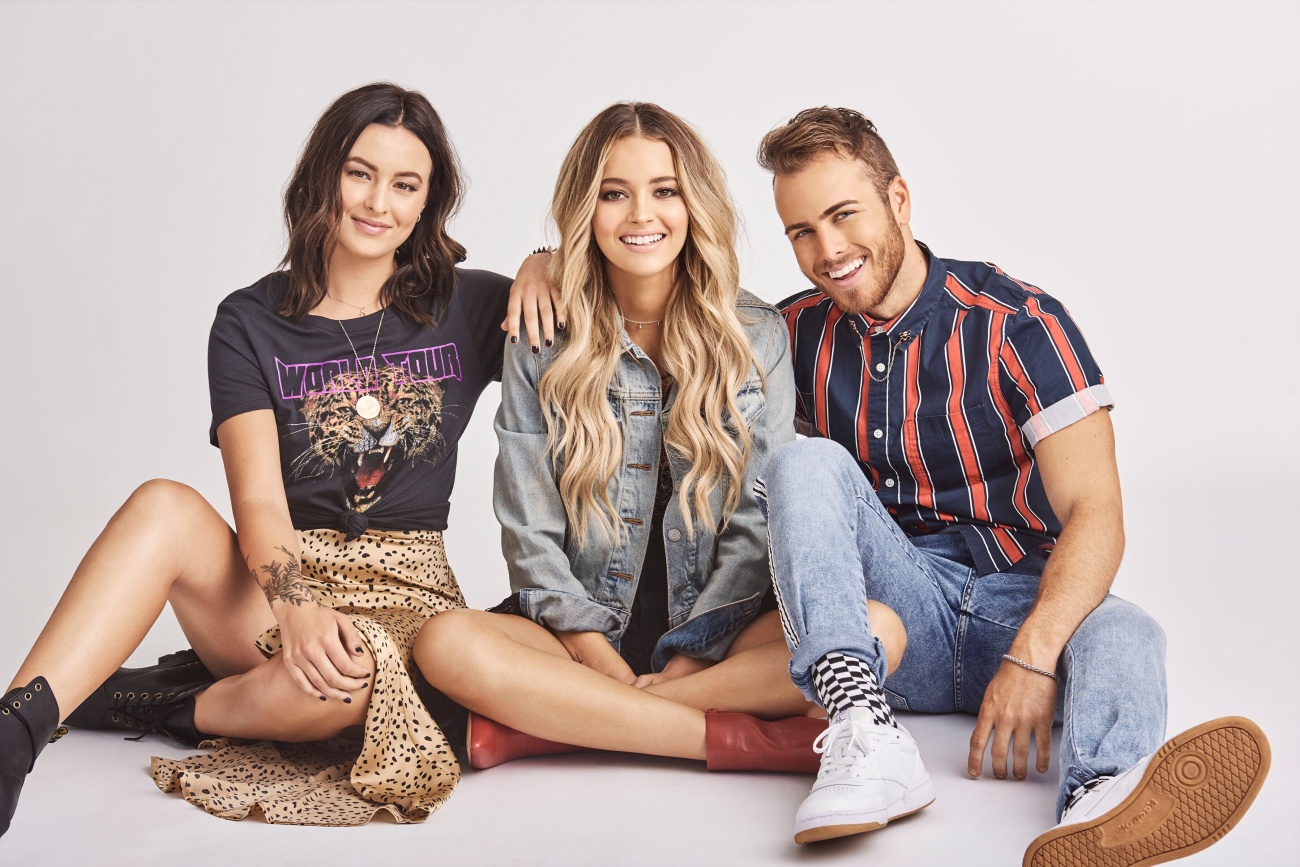 It is always a joy to watch a band who are wholeheartedly enjoying themselves on stage and also brimming with talent.

And on Monday at London’s Bush Hall trio Temecula Road fitted the bill perfectly, treating the audience to an impressive warm up set before Scotty McCreery’s headlining slot.

The band – formed of Dawson Anderson and sisters Emma and Maddie Salute – looked completely relaxed as they showed off their incredible harmonies after a sold out European tour.

A stand out moment of the evening was Temecula Road’s newest release Maybe Not, which shows just how much the band’s sound has matured.

From the first beat of this catchy tune the audience couldn’t keep their eyes off the stage but it was Emma who stood out with her vocals on the song’s hook giving some serious Maren Morris vibes.

For those experiencing the trio’s music for the first time or needing a gently entry to the genre, Temecula’s cover songs provided the perfect way in.

The band gave Charlie Puth’s Attention the country treatment, slowing down the pop tune and adding their skilful harmonies.

Temecula Road also reprised their cover of the Eagles’ Desperado, which they also treated the audience too during their 2017 Country Music Week performance.

However two years ago just the girls sang on the beautiful cover which highlighted the strength of their individual voices as well as the groups balanced and blended sound.

This time round Dawson also joined in adding another level of feeling to the much-loved song and creating the perfect sing-a-long moment for the captivated audience.

In between the mixture of originals and covers it was clear Temecula Road were having a great time being back in the UK – and a third time at Bush Hall for the week.

Dawson took on the role as crowd pleaser for the evening and couldn’t stop smiling as he praised his female band mates and joked about the British audience ‘drinking on a Monday’.

Notably missing from the set were older fan favourites Hoping and Everything Without You but the band made sure to delight with their newer covers and recent releases such as Fades.

It seems there’s no stopping Temecula Road – and if they can grow this much in between two years of CMW performances then there’s no knowing how far they’ll go in the next two.