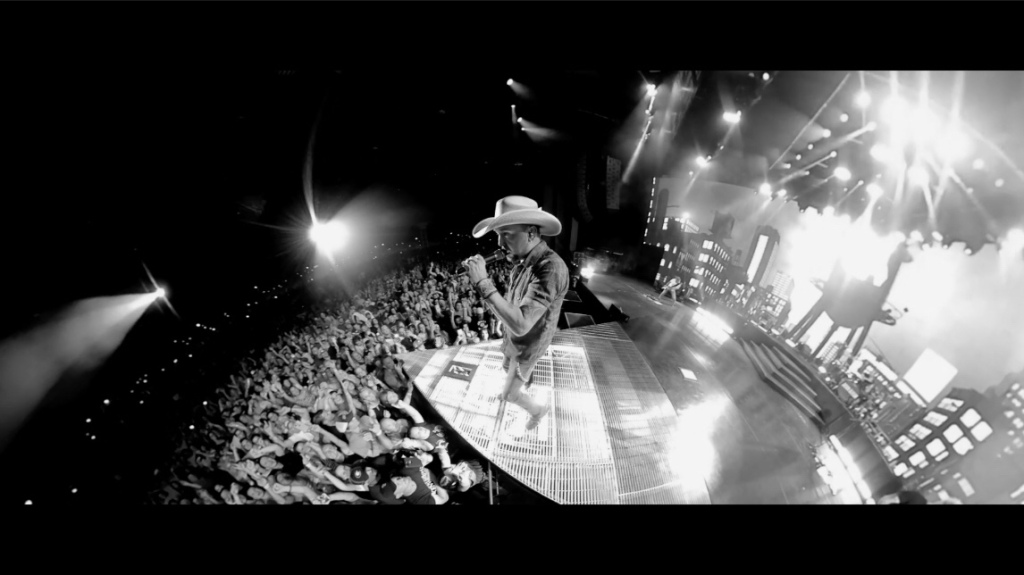 ACM “Artist of the Decade” recipient Jason Aldean gives fans a new perspective of his hard-charging 2019 Ride All Night Tour, with the release of the new music video behind his fiery new single “We Back.” Just weeks after its release, the lead track from his forthcoming studio album ‘9‘ (Macon Music/Broken Bow Records/BMG) to be released Nov. 22nd, has already cracked the Top 25 at US Country radio as his “his latest guitar-fuelled arena-ready anthem” (Charlotte Observer) showcases what Aldean does best. The “We Back” music video comes on the heels of new music from Aldean’s 16-track project now available for pre-order, with “Got What I Got” becoming available at all digital retailers tomorrow.

“We’ve put out music videos in the past from our tours, but [Shaun] Silva put a really cool spin on this one,” said Aldean. “Fans are going to feel like they are on stage with us, which is something I’ve never really seen pulled off like this before.”

Watch Aldean’s music video for “We Back” here: https://www.youtube.com/watch?v=23nlI9t4TlM.

Directed by longtime collaborator Shaun Silva, the music video for “We Back” gives a front row seat to Aldean’s tour, encapsulating the energy as if viewers were there in real-time. To achieve some of the mind bending camera moves featured throughout the video, Silva used eight 360-degree cameras with custom fabricated mounts attached to Aldean’s microphone, the band’s instruments and a beer can that was thrown to Aldean at the end of the performance. As Aldean is known to be “engineered for big, euphoric stadium performances” (Dallas Observer), he will close out his sold-out 2019 Ride All Night Tour tomorrow (11th Oct) at Texas Rangers’ Globe Life Park stadium. In its 25-year history Aldean serves as one of only three concerts hosted at the stadium.

The three-time ACM “Entertainer of the Year” is a dominant force on the charts, he’s scored 23 Number Ones. He’s the only Country act in history to top the all-genre Billboard 200 four times (in a row, no less), racking up 15 billion streams and more than 18 million albums sold along the way. Aldean’s a card-carrying member of Country’s elite headliners whose incendiary tours are nearing legendary status.