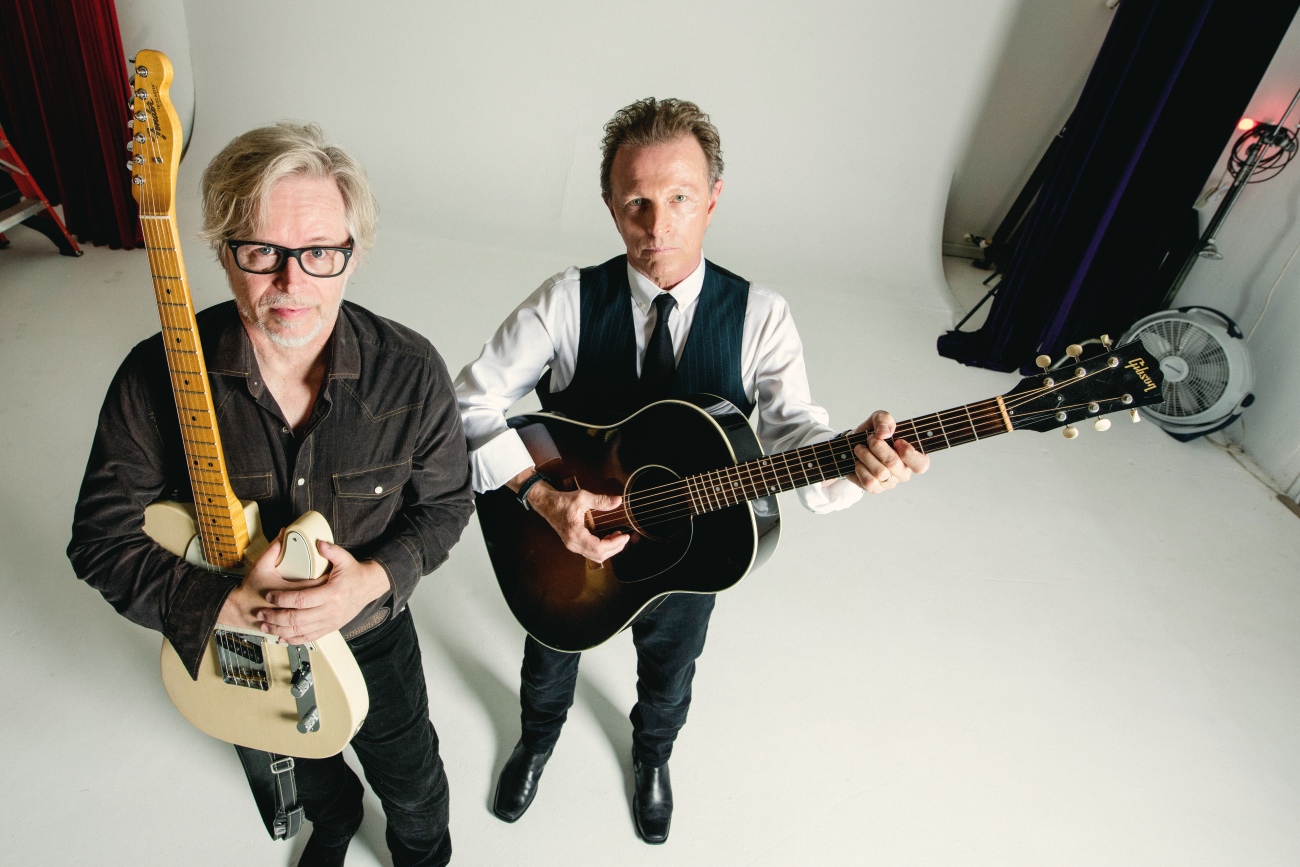 The Rembrandts — the Americana pop-rock duo of multi-instrumentalists and songwriters Phil Solem and Danny Wilde—co-wrote the effervescent theme song I’ll Be There For You for the TV series Friends. For Solem and Wilde, that is but one small chapter in a friendship and creative relationship spanning four decades, two bands, four studio albums, two greatest hits records, and a catalogue brimming with smart, well-wrought gems.

The new album Via Satellite is the first Rembrandts studio album in 18 years. The meticulous, guitar-driven songs explore every nook and cranny of the contemporary music continuum. How Far Would You Go is jangly rock singed lightly with 60s psychedelia; Broken Toy leans towards dizzying power-pop with hollering vocals awash in emotional grit; and Come to California is electrified roadhouse blues-rock. Anchoring these songs are Solem and Wilde’s harmonies, which are imploring and tender on the twangy Count On You; Beatles-esque on the jaunty Me And Fate; and graceful spirals on the chiming midtempo ballad Now.

Via Satellite‘s lyrics are about life’s ebbs and flows, including romantic breakdowns, changes of scenery, unexpected emotional events and leaps of faith people take in order to pursue happiness.

Via Satellite on 23rd August on Rough Trade/ Blue Elan.