I have been waiting for this album for a while now and am so glad it is finally here. Every artist dreams of the day that they release their debut album but I can’t imagine anyone being more excited for it than Jimmie Allen. People work hard to get where they are, it isn’t as if hard working singer/songwriters are in the minority, but not everyone has faced the struggles that Jimmie has. Temporarily living in his car and experiencing poverty and not living off much food, the Deleware native did not let this stop him from trying to achieve his dream.

Sheer determination is what kept Jimmie going, self belief and a strong will. In 2017, Jimmie signed to Broken Bow Records’ Stoney Creek imprint and released his debut EP and his Slower Lower Sessions.

Mercury Lane is the street that Jimmie grew up. His dedication to his childhood is somewhat of a celebration of his journey and that hard work pays off as well as remembering where he is from and his love for his upbringing.

“Mercury Lane is where my journey began. All of the fundamental life lessons that shaped my values and make me who I am today, I was taught on that street—it’s where I learned about love, family, life, how to believe in myself, the concept of never giving up, following your dreams and being a good person,” said Jimmie Allen. “This album touches on all of those ideals and truly feels like I’m sharing a piece of my heart with the world. I’ve been working toward this moment for so long; I can’t wait to share it with everyone.”

Fans are treated with a fifteen track album from Mercury Lane. With the majority of songs co written by Jimmie himself along with some of Nashville’s finest writers. The album also includes some outside songs. Writers include Natalie Hemby, Shane McAnally, Jimmy Robbins, Ash Bowers, Thom McHugh, Steve Williams, Lance Miller, Brett Warren, Brad Warren, Chris Stevens and more.

This is definitely an exciting time for Jimmie and a great debut. Jimmie is really going to make his mark in the country music industry not just by his music but by what he represents.

Starting with American Heartbreaker , the album is already off to an upbeat, radio friendly and great to sing along to tune. Is it just me or can you hear Jimmie smiling as he is singing? The bouncy tune is definitely a good mood setter and will get you up and dancing in no time.

Make Me Want To is the perfect fit for what is loved in country music right now and is definitely a contender for a single. In fact the majority of the songs off the album could easily be released as a single which is a good indication that fans won’t be skipping any tracks.

Wait For It is on Jimmie didn’t write but it is obvious why he did as it pretty much tells his story about paving you own way, making your own money and waiting for your dreams.

21 is already a fan favourite from Jimmie’s Slower Lower Sessions. A great mid tempo tune with an anthemic feel and one of the best songs off of the album. Of the song, Jimmie tells us

“21 is a song Brandon Hood, Josh Jenkins, Ash Bowers wrote but when I heard it it painted a picture of the town I grew up in so I wanted to use it for The Slower Lower Sessions to tie in with the personal memories of my hometown.” 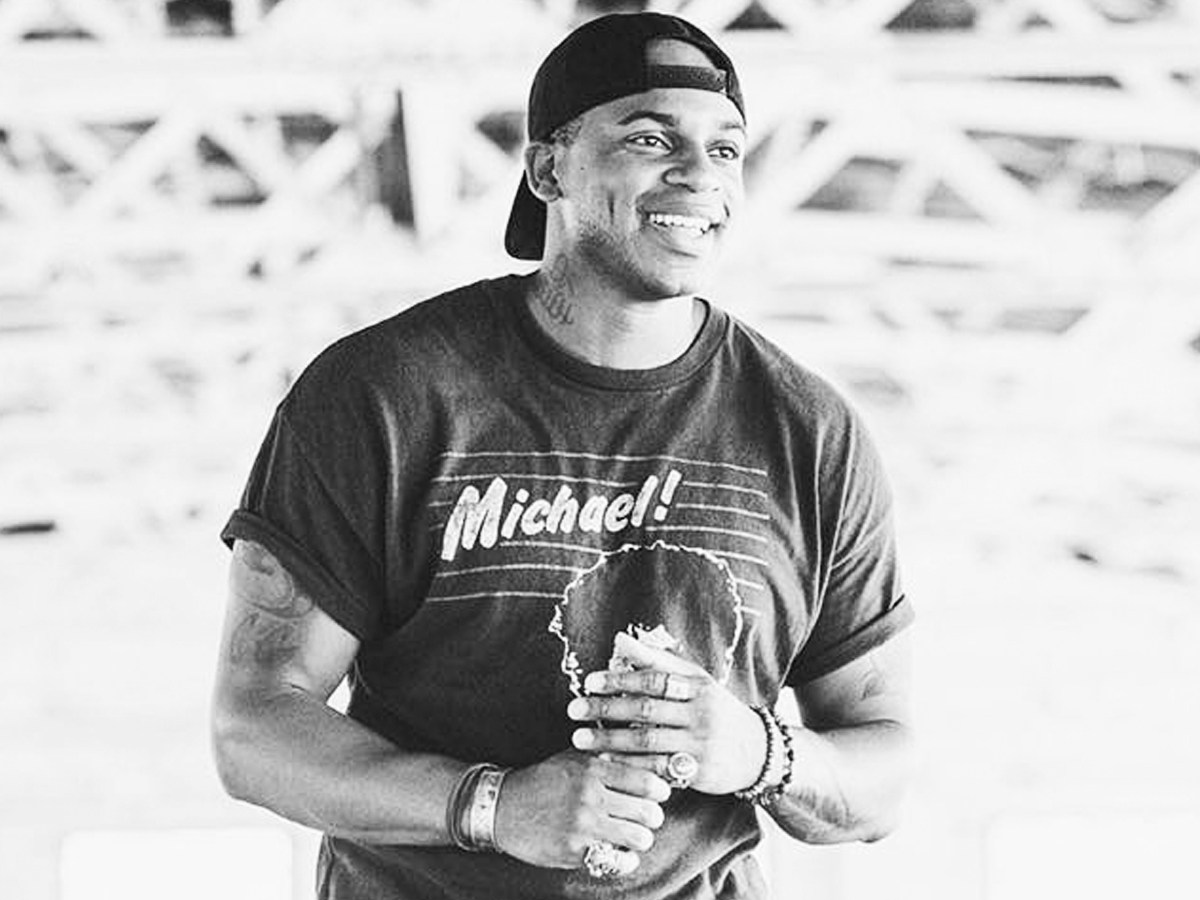 Underdogs is another track that Jimmie picked for personal reasons as the words speak his mind. An Underdog himself, Jimmie is going to rise up in country music and really be something and it will be a great journey to watch. Underdogs in general as the title would suggest has a great feel good vibe in both its lyrics and music. Fans will really connect with this track which was penned by Ash Bowers, Brandon Lay, Jonathan Singleton.

I did think “Oh no” a bit when I saw truck in the title of a song Boy Gets A Truck , not going to lie. But…this song is really quite sweet. A romantic song rather than the typical bro – country, paint women in a bad disrespectful light. This song is more focused on a boy growing into a man, falling in love, getting married and having a family. I really like the chorus but it might take me a while to sing it without tripping over the words that’s a good thing.

Another fan favourite it Best Shot. A lovely guitar riff intro, Best Shot is easily one of the best tracks off the album. Its stripped back stylings are really quite perfect for the song and I think that a heavy production would have completely ruined the song. This song, I think, will be one people will love for a long time.

Warrior is another track originally off of the Slower Lower Sessions. Another personal track for Jimmie, he wrote this with Casey Beathard and Ash Bower and is a dedication to his mum and his Grandma about their strength and what they did for their family. This is a very moving and emotional track and shows how grounded Jimmie is. His family are a big part of his success and this song shows that. Yes it made me cry.

All Tractors Ain’t Green closes the album and has a great message about assumptions and not everything or everyone is the same, don’t judge a book by its cover.

All guitars don’t sound the same
Can’t judge whiskey by the bottle
It might go against the grain of that country boy motto
Sometimes what you get ain’t always what you see
All fields ain’t corn, and all tractors ain’t green

I have said and I will say it again, this is an exciting time for country music and Jimmie Allen is going to be a great success. His story can be read in his lyrics and already you feel a strong connection with him. After all, that is what country music is all about, not just a story but a real story, something to relate to and something to believe in.