Americana storyteller deluxe Jim White delivered a stunning performance to a spellbound Guildford audience. White is not only a master musical storyteller but a master performer. You may think you have heard his stories before but they’re mostly different each time and any familiar ones have a new twist.

From the sublime to the ridiculous, via beauty, crime, the macabre and religion, White has a catalogue to keep a psychotherapist busy for years. Anyone who writes a song about a lady serial killer warrants further investigation.

This was the Jim White experience and the full treatment. Two hours of quality music and side-splitting stories.

White was accompanied by Irish guitarist Clive Barnes who opened the show with a stunning solo blues set. A brilliant lap guitar player, Barnes is a storyteller to match White. 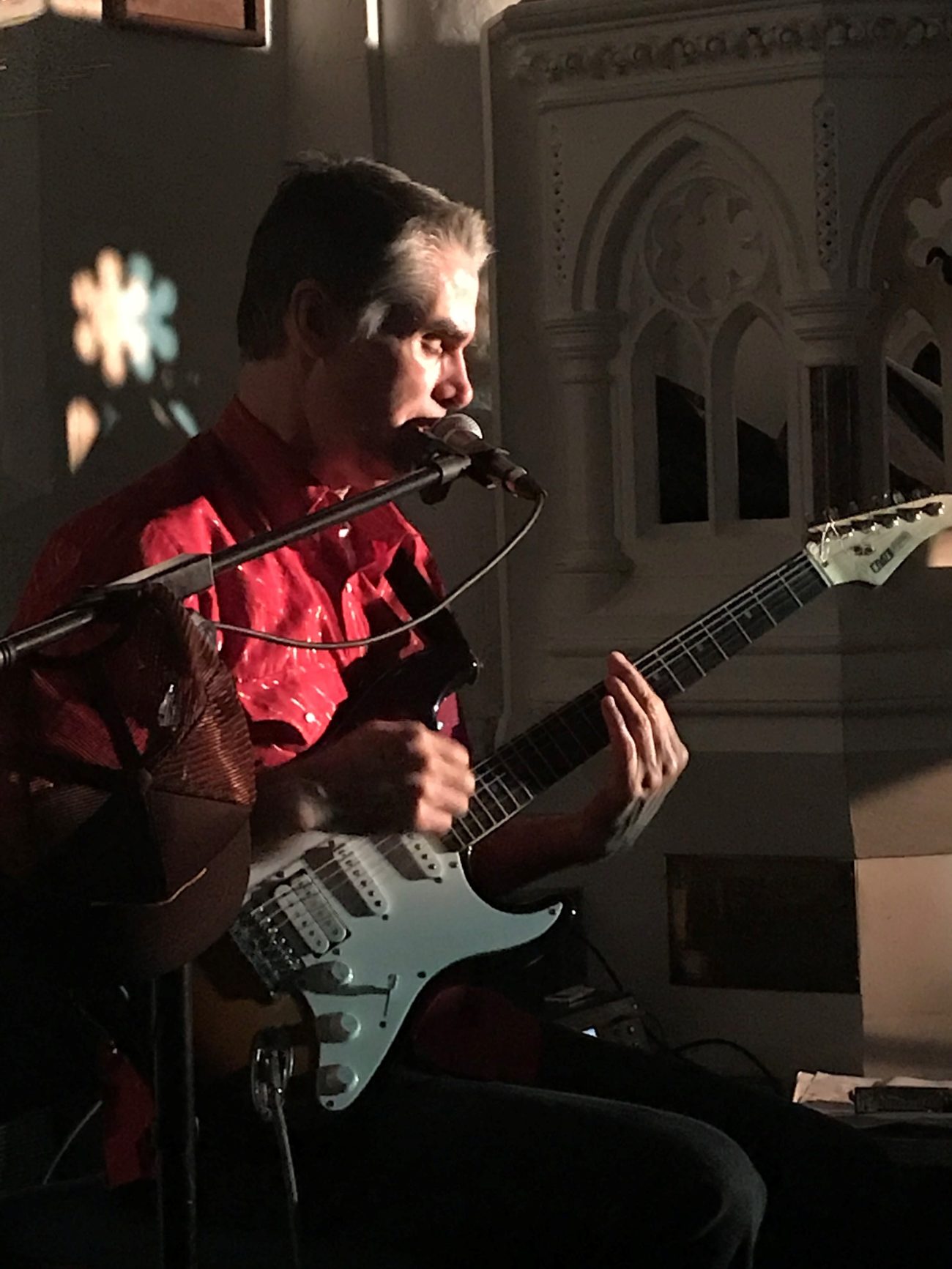 White varies his musical style depending on who he is playing with. The guitar skills of Barnes were given a chance to soar with the chemistry between the two guitarists plain to see.

White began his set with A Good Day To Chase Tornadoes, one of his best known songs, and followed it with Objects In Motion “my least popular song”, an atmospheric track and almost spoken word. Highlight tracks included Prisoner’s Dilemma, Jailbird, Epilogue To A Marriage and Here I Am.

Finishing the show with two tracks written for his daughter, Bluebird and Sweet Bird of Mystery, White left the audience with the parting words of “If you have children, go home and hug them.”