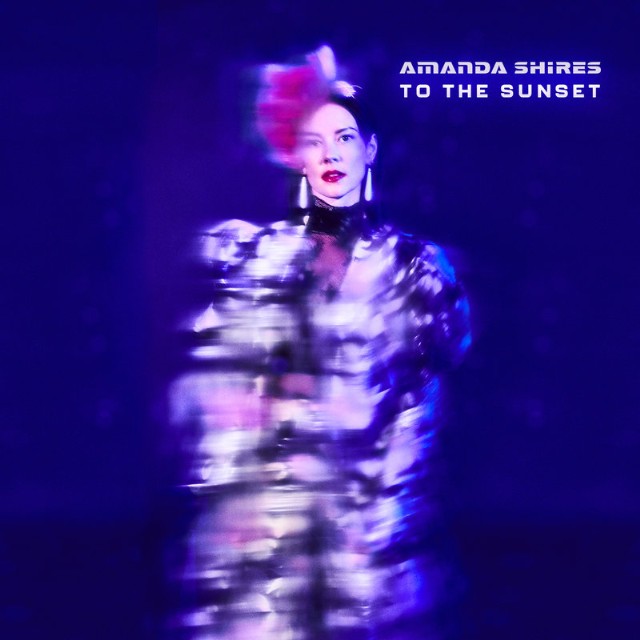 It has been said recently that women don’t want to hear women – well that is certainly not true and hearing this album by Amanda Shires makes it even less true.

From the moment this album began I felt connected to it. The emotion behind Amanda’s vocal is powerful and the passion is wonderfully affective. The echoing Parking Lot Pirouette has that atmospheric, ambient feel and it brought me back to artists from the nineties such as Mazzy Star and Trespassers William. I shamefully haven’t heard much of Amanda Shires’ music before, I have known her name for a number of years but it was one of those “getting round to it” moments which I now regret.

The instrumentation throughout the album is sensational and quite frankly superb. Amanda’s vocals are of a strong yet sweet tone and her voice alone is melodious and believable in its storytelling.

Songs such as Swimmer are quite hypnotic and you can easily close your eyes and get lost in the music.

Leave It Alone is one of the most catchy tracks off the album and in a great way. The song has a cinematic way about it and Shires’ vocals are sublime.

Charm is a fast favourite with glorius vocals and bewitching instrumentals. The chorus is addictive and rhythmical.

Eve’s Daughter is an electric, rock anthem that shows how bad ass women in music can be. Her vocal attitude is wickedly awesome and angry sounding melody is simply cool.

Break Out The Champagne has a country feel to it blended with a 60’s pop twist and has a strong “live” atmosphere to it.

Take On The Dark follows on from the previous track in many ways. It holds the same “live” energy to it – imagine watching Glastonbury on TV, Amanda would be the perfect example of who you would want/expect to see. The vintage rock stylings are almost punk like and again, the instrumentation puts you in somewhat of a trance.

White Feather has a whispy folk edge to it  and Mirror Mirror has a more dark folk tone to it which is excitingly eerie melodically and vocally.

The album closes with the deep cutting Wasn’t I Paying Attention. Another song with dark elements, the song is quite melancholic and sombre.

Produced by Grammy Winner Dave Cobb who is currently one of the most desirable producers around, you can easily see his trust in Shires’ vision and hers in his – making the artist/producer relationship in this case almost a perfect working marriage.

To The Sunset screams live music. Sitting here listening to the album I am in the mood of truly appreciating music and am imagining how seeing Amanda in a live show, you won’t care where you sit as she is the type of artist that you just want to hear, embrace and pretty much envoke the music.

Listen to To The Sunset here

Purchase To The Sunset here